Ask Kadrolsha Ona Carole what she does for a living, and she’ll likely explain that she edits content for nonprofits.

She may not mention that she’s sung backup for Joe Cocker, appeared in a number of blockbuster films — her lengthy list of on-screen appearances range from uncredited roles in films such as “Star Wars Episode IX: The Rise of Skywalker” and the newly released “Greyhound” to the in-production “Attack of the Killer Chickens the Movie” — and is now one of the faces of Airport Television Streaming Service.

Spend a little time with her, however, and you’ll also learn this engaging Granite Stater is the Queen of the Paranormal. And that’s official.

“I was on a radio show in 2007, and a gentleman called to ask me questions about the paranormal,” says Carole, who goes by the shortened KO. “He said he would dub me ‘The Queen of the Paranormal.’ I said thank you, and then I trademarked it. Best move I ever made.”

With a lifelong connection to the unexplained (she comes from a family of dream interpreters and spirit communicators seven generations deep), KO certainly wasn’t new to ghost hunting and all things unusual before the preternatural (and legally binding) coronation, but her profile grew as she guested at comic cons around the country as the reigning Queen. 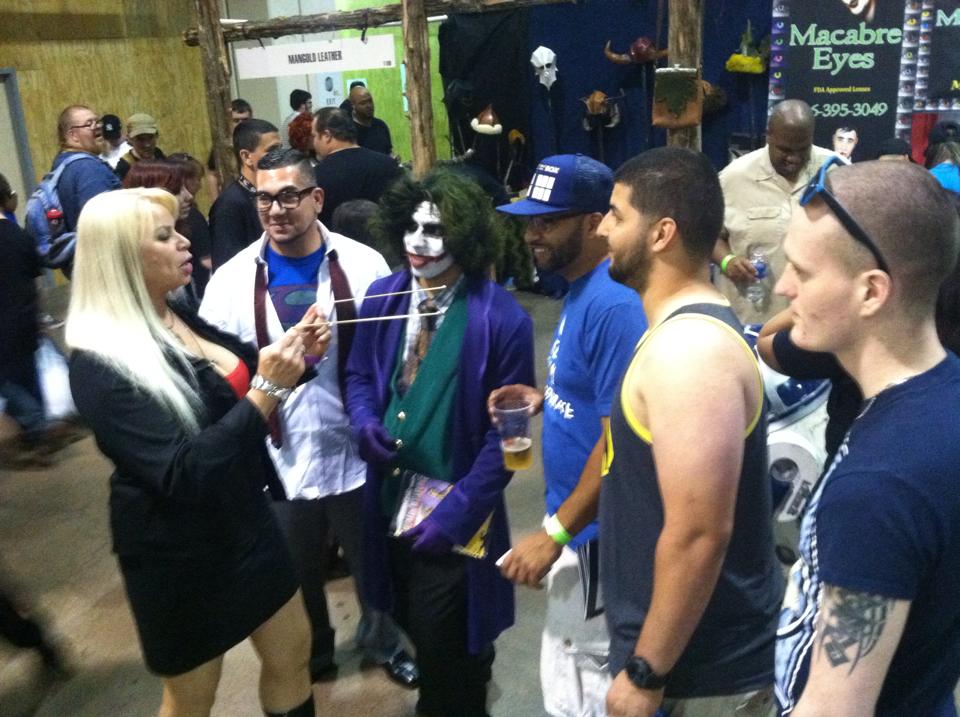 KO can often be found mingling with fellow superbeings at comic cons.

“I started moving into different projects and things regarding the paranormal,” she says. “My connection to it goes back a long way, since birth, but I then went into comic books, greeting cards, stamps — you name it, and all with a positive spin to it, because being positive is a wonderful thing.”

That outlook doesn’t mean her excursions aren’t without some unease.

“Prepare to be scared,” she says of her investigations. “This isn’t for television. This is real. People aren’t always prepared for what they see or hear or smell. People don’t realize there’s a smell to it. You smell rotten eggs, which means there’s a spirit — probably a very bad one, mean in nature and ready to cause trouble. Other times you may smell a perfume that could’ve been worn by someone’s grandmother, and it could trigger memories that come in a flash, in an instant.”

Among the hair-raising sites she’s dug into: the most haunted spot in all of New Hampshire, according to KO — Tortilla Flat in Merrimack. The building, which dates back more than 200 years, was once part of the Underground Railroad.

“There was some curiosity on the second floor, and there’s one room in particular that the closer I got to it, the creep factor was overwhelming,” KO says. “It felt like, ‘Hey, don’t go in there.’ There was just something up there that didn’t care for my energy.”

If it seems as if her metaphysical tenacity borders on heroic — it does. And that’s also official. KO has been immortalized in the pages of a series of comic books, in titles such as “The Haunting Tales of Bachelor’s Grove” and “Kadrolsha Ona, Queen of the Paranormal.”