“Stone Soup.” While being brought up by a single mother and paternal grandparents in a tight-knit African American community, Anthony Poore learned well the fable of the hungry stranger who convinces selfish townspeople to each part with a bit of their meager food to make a nutritious and bountiful meal all can share. As executive director of New Hampshire Humanities, he takes a lesson from that story, knowing the richness of our culture can only be revealed by the contributions of many people.

“I was raised on that story. I have that old-school mentality around community support and progress. Those things are bred in me,” says Poore. “Is that nerding out? The real question is, ‘Who shouldn’t be doing this work?’ That’s just a way of life for me.” Although he happily accepts the title of civics and civic-engagement nerd, Poore says, “I never thought that having this adoration and appreciation for people and people power was considered nerdy. I actually thought it was cool.”

Cooking and gardening are also subjects of his affection, but music and dance are obsessions. 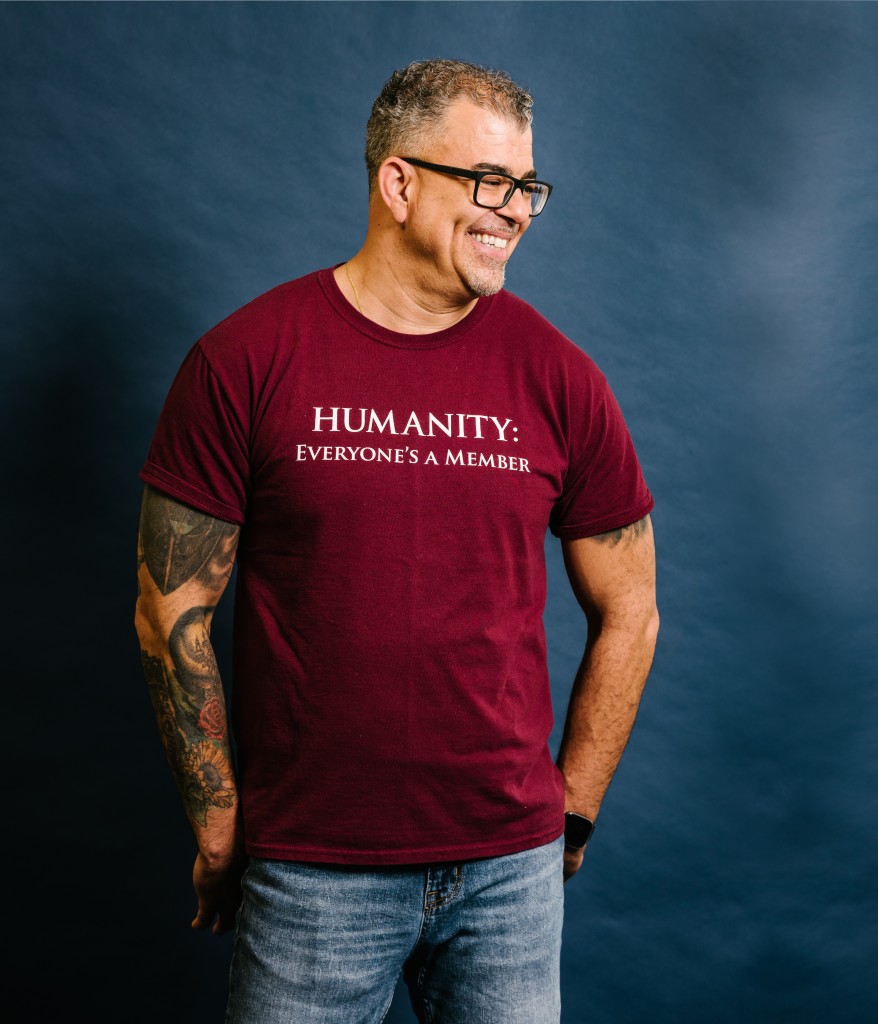 “I was doomed from the start. My mother was the disco champion of Dayton, Ohio,” says Poore, who has boogied off with a couple of trophies from NHTI’s “Dancing With the Stars” scholarship fundraisers.

As a youngster, Poore would spend time with his dad, a toolmaker by trade and a singer by zeal in the city that was a hotbed of funk and creativity.

“Growing up, I always wanted to be Fonzi. That began my appreciation for motorcycles and other fun stuff. I have really rad tattoos, and I’ve got a lot of ’em,” he says. “Like everyone else, in high school I wanted to be a rock star, so I picked up the bass guitar and played in a band. As a kid, for some strange reason, I had this huge appreciation for ’80s hair bands. Music is where I really geek out. I love seeing live music. I just do all these deep dives.”

“I always knew that I liked people a lot more than I liked things. I’ve known that since day one. I freaking love people. I’m really impressed with humans,” he says. “This is the space where I need to be. In order for me to maximize that and give service, this is the way I should go about doing it,” says Poore. A recent example? Poore and his partner, Samantha, are learning to sew just so they can give away masks to people and organizations in need.

What is the fountainhead for all this motivation?

“I’ve always been a half-full guy. Each morning I appreciate that I woke up today. Then I know here’s a new a story and that frames the day. I’m a person of faith. My faith provides me hope, and hope gives me optimism, and optimism gives me energy,” he says. “I work harder than the average person, but I do it out of joy.”