Fun With History In Sutton

Visit the sandy beach of Wadleigh State Park and then learn about New Hampshire's past at Muster Field Farm Museum. 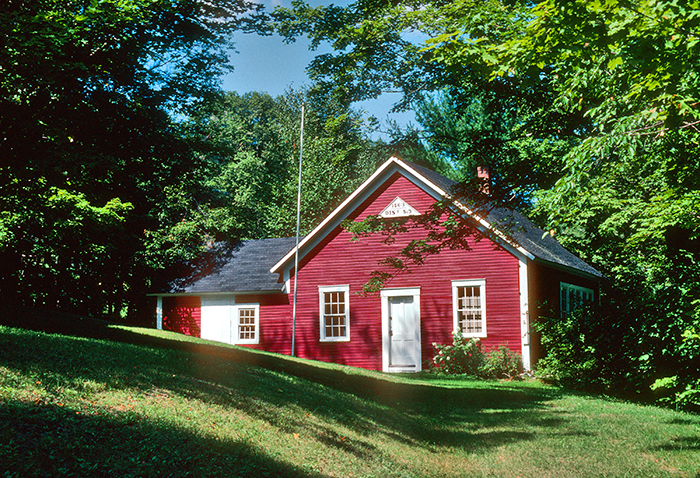 The 1863 District No. 9 Schoolhouse in Sutton Photo by Stillman Rogers

Route 114 meanders through South Sutton, Sutton and North Sutton on a path largely determined by avoiding hills and lakes; little East Sutton, isolated in the extreme southeast corner, narrowly misses being in Warner. Most travelers pass right through the town’s entire length on I-89 and never see it for the forest.

At the northwest corner, almost in New London, the long-gone (and still lamented by some of us) King Ridge Ski Area once sat atop Sutton’s highest elevation, 1,880-foot Kings Hill. Known as the upside-down ski area, the “base lodge” was at the top, so you parked at the summit and skied down. It was important to get back to the top before the lifts stopped.

Between little East Sutton and Kings Hill, though, we found a lot of reasons to stop and look around. Some, including the village of South Sutton, are right alongside Route 114. It is like driving into the middle of the 19th century, with its placid green beneath an 1839 meetinghouse. South Sutton Meetinghouse is remarkable for being in an almost-original state, with only minor alterations after a fire in the late 1800s. It’s only open during special events or by appointment, but we looked in the side windows to see its beautiful curved gallery.

Behind the meetinghouse is the old District No. 9 Schoolhouse, built in 1863 to serve South Sutton. Nine might seem like a high number of schools for a small town, but at one time there were 15 of these one-room schoolhouses scattered among Sutton’s various settlements.

Surrounding the green below the meetinghouse are a number of houses dating back as far as the mid-1700s. The Azariah Cressey House, built in 1879, is now the home of the Sutton Historical Society, which oversees the meetinghouse, school and Old Store Museum. The Cressey House has an interesting past. During World War II, while it was the home of Harrington and Myrtle Wells, it was also an aircraft lookout station manned around the clock by teams of two volunteers. Called spotters, they were members of the Aircraft Warning Service (AWS). The AWS was the first major Office of Civil Defense organization to accept civilian volunteers, whose mission was to watch for enemy aircraft.

The Old Store Museum, just down the road, was the village store from the early 1800s, and inside are store fixtures and period goods, as well as collections of farm and household implements. The store, meetinghouse and school are open on July 4 and Old Home Day (August 19) or by appointment (suttonnhhistory@gmail.com). Old Home Day begins with a traditional service at the meetinghouse at 11 a.m., followed by a picnic, barbecue and music.

A historical highway marker notes that John Sargent Pillsbury was born in a house alongside the common. Although he was a three-time governor of Minnesota and a noted philanthropist, he was perhaps best known as the co-founder, with his brother and nephew, of Pillsbury Flour Mills.

The focal point of North Sutton is the almost-round Kezar Lake and Follansbee Inn at its shore. Behind a wide front porch, the inn’s 18 guestrooms reflect its warmhearted, comfortable style. The inn is known for its breakfasts — often influenced by the innkeepers’ Louisiana background — that include dishes like baked cheese grits or pecan buttermilk waffles. Guests are welcome to use the inn’s kayaks, canoes, rowboat and sailboat to explore the lake; we launched our own at the public put-in and paddled to an island for a picnic. 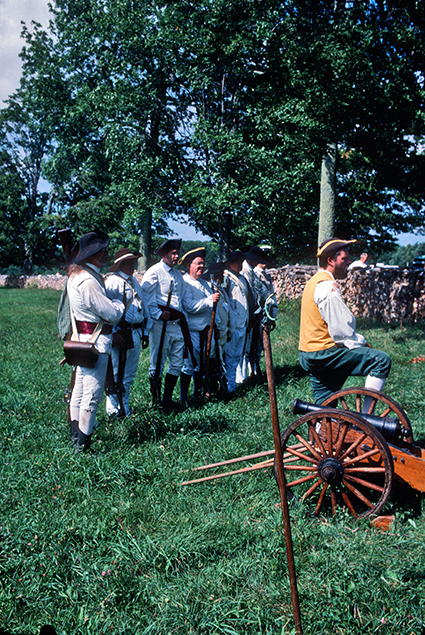 The sandy beach at Wadleigh State Park, on the east side of the lake, is beautiful and rarely crowded. The beach and picnic grove are shaded by tall pines, birches and hemlocks, and there are changing facilities and a lifeguard in the summer. Farther along the shore road — it’s a 3-mile walk around the lake — are views of Mt. Kearsarge and one of the state’s least-known historical sites.

It was from a conversation on the front porch of Follansbee Inn that we learned about the Penacooks and how they summered here to gather mussels, which they roasted at the lake’s shore with a view of their revered Mt. Kearsarge. The Penacooks’ stone-lined cooking pit is still there on the far side of Kezar Lake. Those who really want to see it will find it, but we hesitate to publish its exact location too widely for fear of its being vandalized (not that we think New Hampshire Magazine readers are vandals!).

The road past Follansbee Inn leads to Muster Field Farm Museum, an assembly of historic farm buildings surrounding the Matthew Harvey Homestead. It’s a rather grand residence for rural New Hampshire in the late 1700s, rarer still today for its original hand-poured glass windows and hand-shaved clapboards. The farm gets its name from musters of the 30th New Hampshire Regiment, which gathered in the adjoining fields.

The property’s last owner, Robert Stannard Bristol, collected farm and other buildings that were in danger of destruction and moved them here. He left the property and working farm as a museum to preserve New Hampshire’s agriculture heritage. Along with the vegetable and flower gardens are an ice house (filled annually at a community ice-cutting on Kezar Lake), barns, corn cribs, two blacksmith shops and a schoolhouse. Inside them are various displays of farm equipment, and you can visit any day year-round for a self-guided tour. The homestead is open Sunday afternoons from July through the end of September. On Farm Days (August 24-25, 2019) Muster Field Farm is alive with hayrides, craft demonstrations and an encampment and muster by reenactors. At the end of September, Harvest Day includes cider-pressing, blacksmithing demonstrations, ice cream-making, historic games and music.