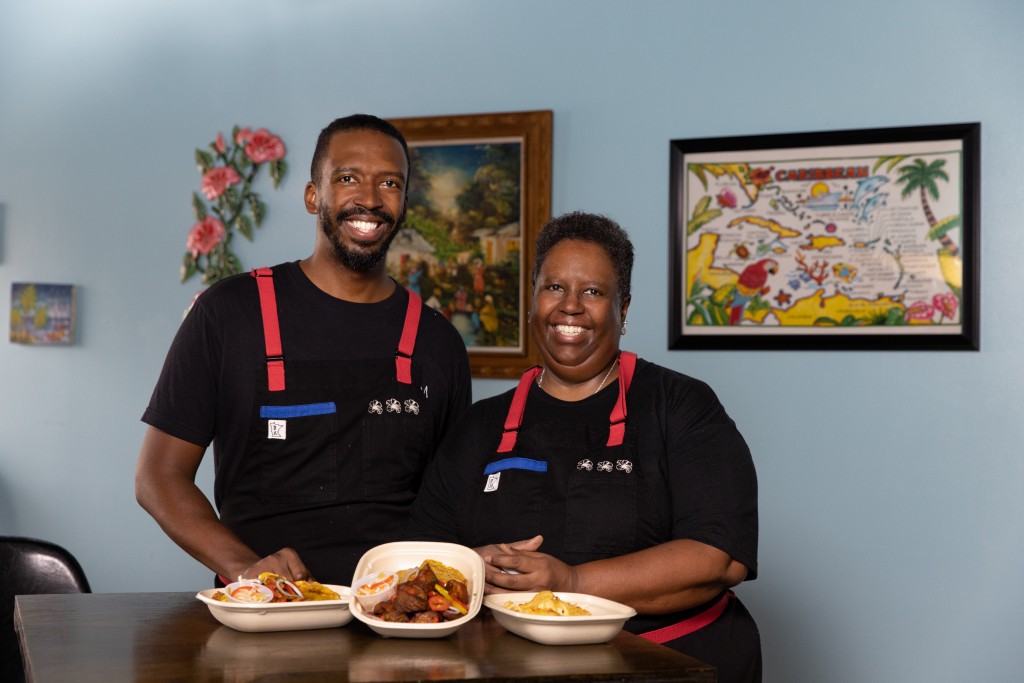 Chris and his mother, Myrlene Viaud, serve up some favorites: chicken in a Creole sauce, fried pork with rice, beans, plantains and pikliz, and baked macaroni.

New Hampshire’s Top Chef contestant Chris Viaud of Greenleaf in Milford has dug deep to find his roots. Inspired by his experiences on the Food Network’s series last year, he is acting on lessons learned. Viaud traveled the country, working with a few of the other contestants in his season — mostly for charity events — and he also learned from established Haitian chefs including Alain Lemaire in Florida. As Viaud’s father, Yves and mother Myrlene immigrated from Haiti to Massachusetts in the late 70s, he grew up with his mother’s native cooking. It was time to appreciate it.

After a year and a half of featuring foods of his heritage through pop-up dinners at Greenleaf and finding favorable feedback from dinners, a decision was made. Viaud and family opened Ansanm — a very appropriate name, as it means ”together” in their native language. Although Chef Viaud is well known for fine cuisine with beautiful plating, this storefront restaurant will feature his mother’s recipes and her home-style cooking. 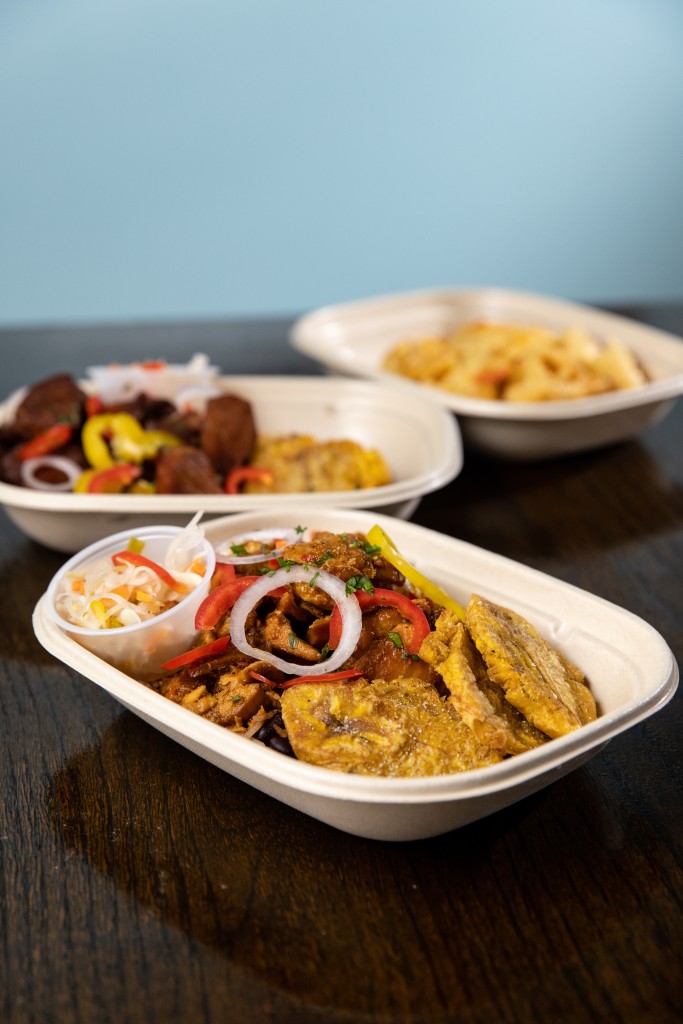 Haitian food is a combination of influences from Africa, Spain, Arabia and the indigenous Taíno that define Creole, plus a touch of sophistication from the French. After all, the country was a colony of France until 1804. Myrlene says the heart of Haitian cuisine starts with epis, a blend of parsley, garlic, scallions, bell peppers, cloves, habanero peppers, oil and lime juice. It is used as a marinade for meats and a flavoring agent in soups and stews ladened with Haitian root vegetables.

At Ansanm, typical meals consist of a choice of protein, such as a poule nan sòs Kreyòl (stewed chicken), rice and beans, fried plantain, and a slaw of cabbage, celery, carrot and onions with citrus juice called pikliz. Other dishes include legume (vegetable stew), joumou (squash- or pumpkin-based soup) and griot (fried pork), the national dish of Haiti. Viaud adds his creative twist with a fried chicken sandwich — something to recognize as American — but with Haitian spices, plus V.O. Griot, a shredded pork sandwich with smoked ham, pickled cucumber and a pikliz aioli, all in a housemade bun.

The small storefront space offers some seating along with a collection of Haitian artifacts on shelves, native art dotting the walls and a Caribbean musical vibe. Asking whether Viaud will create artful presentations of these dishes, he replies, “This is basically a takeout restaurant, the presentation is in the flavor.” Come and see with your tastebuds the flavors of Haiti.