If it's said off the record, did it even happen? 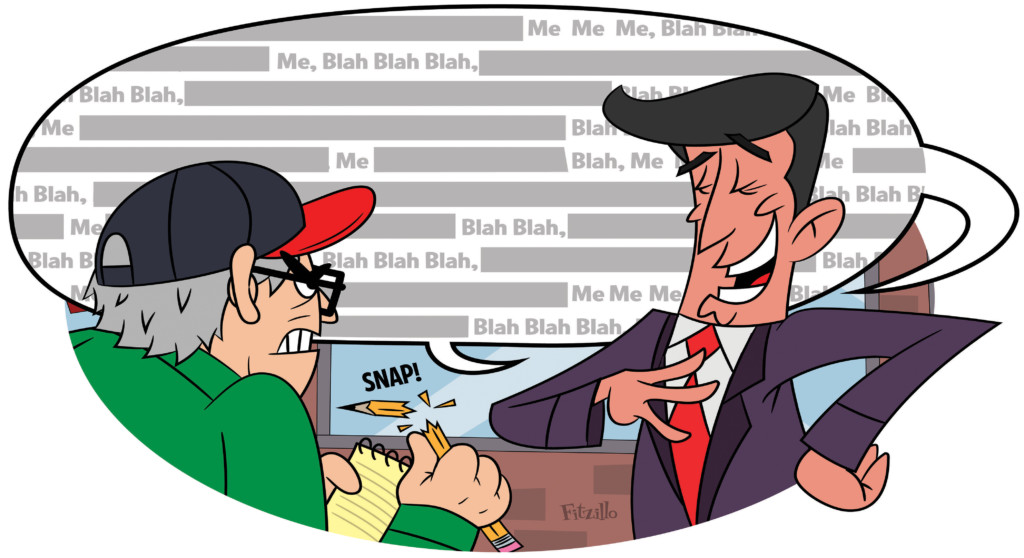 Oh, the things they “never said.”

Was Michigan governor George Romney in New Hampshire when he said he had been brainwashed in Vietnam? I don’t know, but he was on the roster of candidates in the New Hampshire Republican presidential primary of 1968 when he said it. And then the avalanche came. Rarely, if ever, has a presidential hopeful been subject to such ridicule and abuse. We have since learned of campaign money being laundered, but not the candidate’s brain. Sen. Eugene McCarthy of Minnesota, who was opposing President Lyndon Johnson in the Democratic primary that year, made the unkindest cut of all when, in reference to Romney’s brain he surmised that “a light rinse would do.”

Well, I’m not a big-time political reporter, and I have only been to Washington a few times and then only as a tourist. But I have heard people say in private things they, of course, never said as far as the public knows. One was the coach of a youth baseball team who told me that after being married for nearly two decades, his wife decided that the time he was spending with his team had become too much. So she gave him an ultimatum. He would have to choose between her and baseball. “And you know, Mr. Kenny,” he told me, “I chose baseball.”

“Oh, boy!” I thought. “How that line will liven up the story.” But when I asked, “May I quote you on that?”, you might have thought I had asked if I might drag him before the Holy Inquisition.

And then there was the man who owned a building that had been designated as a historic landmark, and he had something of a chip on his shoulder about the local heritage commission telling him what he may and may not do with said historic treasure. If they valued the structure that much, he said, they could buy it from him.

“Your mouth shouldn’t write a check your ass can’t cash!” said the eloquent entrepreneur. Naturally, I asked if I might quote that.

“Oh, God, no!” he said. (People get very religious when they’ve said things they never said.) “I don’t want that in the paper.”

And then there was the former influential member of the New Hampshire Senate whom I was interviewing about something not terribly controversial. In a casual aside, I mentioned that I thought some legislators would almost sell their souls for low-number license plates. I thought I was engaging in hyperbole.

“I know,” the former senator said. “I’ve been there, done that.” The governor needed his vote on something and he wanted low-number plates, which some believe is a sign of well-connected influence in Concord. So the deal was made. At least that’s the man told me.

But I’m sure he never said that.