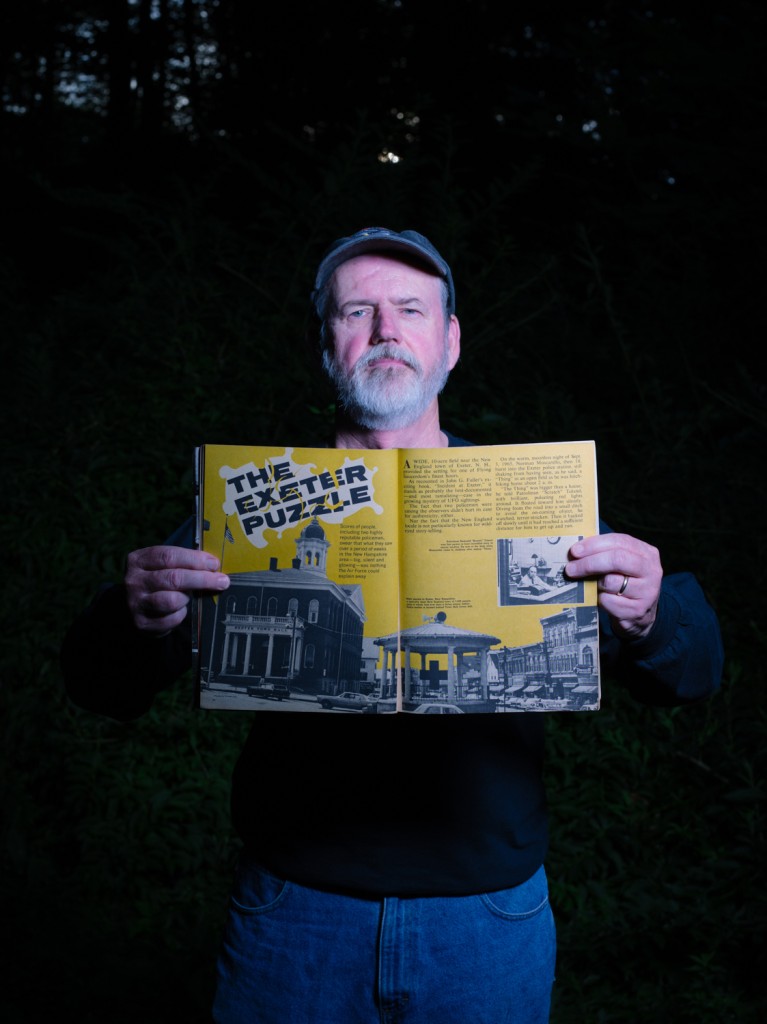 As many UFO enthusiasts already know, New Hampshire is one of the hottest UFO properties in America, historically accruing some of the highest per capita number of sightings yearly. That fact, and the big role of Exeter, New Hampshire, in the history of ufology (look it up if you don’t know) are among the reasons that Dean Merchant and his wife Pamela started the Exeter UFO Festival in 2009. The festival was postponed for the past two years as we dealt with an invasion of MFOs (microscopic flying objects) during the Covid-19 lockdowns. The festival is back (September 3-4, 2022) and the UFOs never went away. Merchant provides a number of prime viewing spots across the Granite State:

Exeter, New Hampshire’s Revolutionary War capitol, with its rich geopolitical history, brings into play the ‘Watering Hole Theory’ when it comes to visitations from out of our world. Since the 1940s, there have been reports of UFOs ranging from soccer-ball-sized shining orbs to behemoth vessels the size of aircraft carriers that are there one minute, gone the next. The hotspot includes the Court/Front Street area, and the extensive woods and swamplands of Phillips Exeter Academy, extending from Exeter to Kensington, site of the legendary 1965 ‘Incident at Exeter’ UFO sighting.”

The Fremont/Brentwood area encompasses the 1,000 acre Spruce Swamp, site of a B52 crash in 1959 (all crew members survived).  The event was steeped in surreal paranormal components, an intrigue that was only added to when the area was rapidly cordoned off by the 509th Bomb Wing, formerly of Roswell.  The region is known for its reported sightings of UFOs with long silver tubes extending from craft to high tension power lines.

Another productive observation location is Raymond, Nottingham and the volcanic ring-dyked Pawtuckaway Mountain.  Over 100 pegmatite mines were once in operation there, sourcing beryllium, which was used in construction of the atomic bomb.  (UFOs concerned about things nuclear?)  Some of those same mines contain the rare earth elements niobium and tantalum, used for heat resistance in jet engines and superconducting magnets (think anti-gravity technologies in propulsion).

In the Flint Hill area of Raymond and extending into Nottingham are famous quartz crystal fields, which some say are UFO attractors.  Nearby, along with aerial sightings, there is a long-standing history of reported USOs (Unidentified Submersible Objects) coming and going from  Pawtuckaway Lake.  Similar stories are prolific in the lakes region, notably in the Ossipee area, as well as frequent UFO sightings over Mount Ossipee, also a volcanic ring-dyked mountain.

For those wanting a total immersion in the UFO experience, head for the White Mountain National Forest, where like Betty and Barney Hill, you might find a UFO tracking your route.

As dedicated seekers would say, don’t be looking down at your Smartphone.

Remember, ‘Eyes to the Sky’.