Counting Down to Downton Abbey 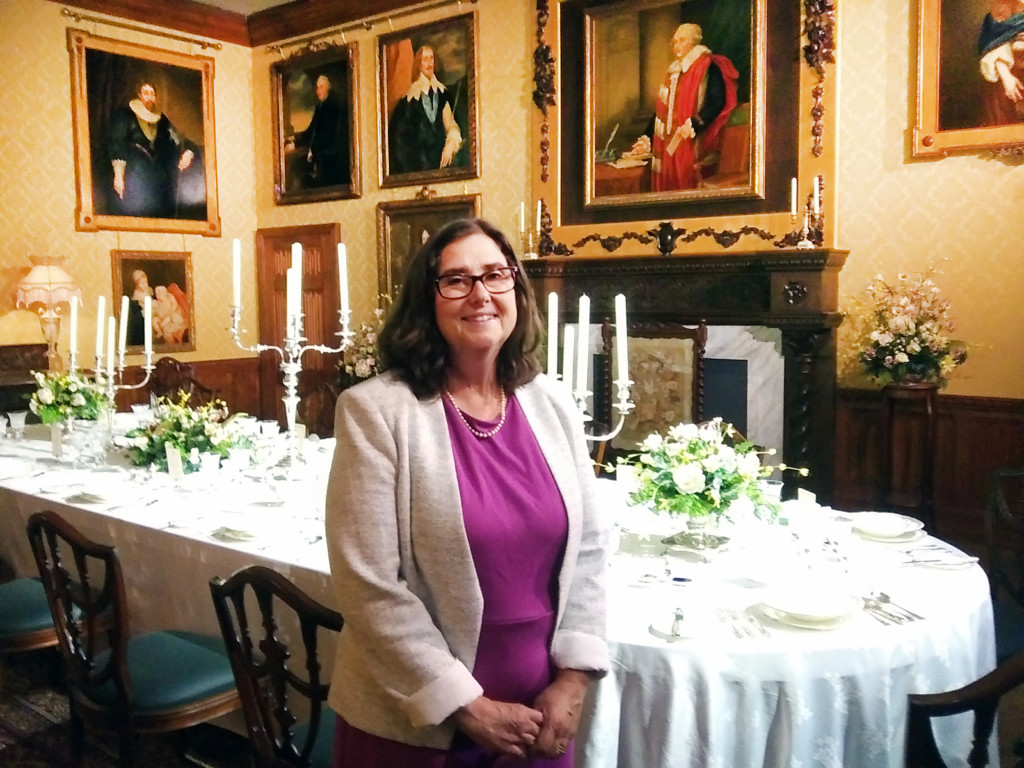 It’s a good time to be a scholar of the Edwardian era. Just ask Nicoletta Gullace.

An associate professor at the University of New Hampshire, Gullace is one of a class of sought-after academics who specialize in the very period depicted in the hit TV series “Downton Abbey” — making its feature film debut this month.

In recent years, Gullace’s expertise in early 20th-century England has landed her in the likes of Better Homes & Gardens (researching “4 ‘Downton Abbey’ Historical Inaccuracies You Probably Missed”) and USA TODAY (suggesting modern-day audiences are drawn to “Downton”’s elite precisely because they stand in such sharp contrast to the Kardashians, Real Housewives and other “vulgar reality stars banking on their celebrity”).

The era at the heart of “Downton” has long fascinated Gullace, in large part because it’s situated “on the cusp of recognizable modernity,” she says.

“There are trains. There are telegraphs. We see in ‘Downton Abbey,’ for instance, the introduction of a refrigerator causing a great stir,” Gullace says. “Yet we also see values, attitudes, and a class system that hearkens back to a much older time.”

Even so, Gullace says the show — while a fantastic work of historical fiction — veers more toward the fictional end of that genre. “Downton”’s portrayal of relatively harmonious relations between the masters and their servants was rose-colored, to say the least, she says, and its depiction of social attitudes around sexuality, “were kind of airbrushed with a more progressive veneer than would have been possible at the time.” And while we’re on the subject, Gullace says one storyline regarding birth control — wherein one of the aristocratic main characters enlists the help of a servant to fetch her contraception from a local pharmacy — was also “a little bit overoptimistic.”

In the show, Gullace says, “everything is clean, everything is beautiful,” but the time period was in fact filled with “grinding poverty, inequality and very little social safety net to help people in trouble.

“From a historical perspective, it’s important not to over-romanticize the past. This is the past as we would like to imagine it, not necessarily the past as it was lived by real people at the time.”

But Gullace isn’t trying to spoil anyone’s fun. She counts herself among the legions of “Downton” devotees, enthralled by the exquisite costumes and set design. “I think the show really gets right the museumization and curation of the period in time — the cars, the settings, the costumes, especially, the tableware,” she says.

“For some historians, these things seem trivial, but for members of the public just having a visual impression of what a particular slice of time and history might have looked like is in itself really interesting and illuminating.”

And Gullace also gives credit to “Downton” showrunners for correctly picking up on the vibrant women’s suffrage movement of the era — one of her favorite characters, in fact, was a suffragist — even if the series was perhaps a bit too generous in its portrayal of broader societal attitudes toward gender roles.

As “Downton” inches ahead in the arc of modern history — its final television season was set in 1925 — Gullace says she’s eager to see whether writers will be “brave enough” to tackle the fall of the stock market and the fallout that had for many wealthy families like the ones depicted in the series. She’s also intrigued by hints dropped in the trailer that one of its gay characters might find romance in this new chapter.

Back at UNH, believe it or not, Gullace says the series doesn’t make too many cameos in her classroom. She’s never taught a seminar focused on the series — but if she can find a way to bring up television’s depiction of modern British history in her regular lesson plans, “when I have a chance to put up a ‘Downton Abbey’ slide, I definitely do that.”