A revamped Main Street, charming new boutique hotel, a thriving arts scene and fine dining all come together in our capital city 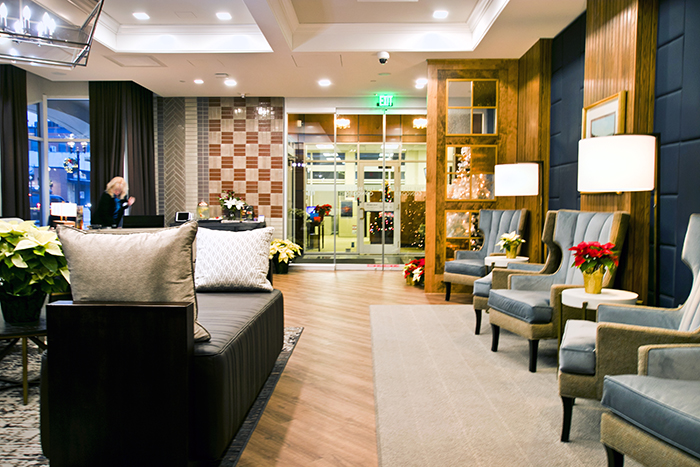 Living in the Monadnock Region, with family in the Seacoast and Lakes, has made Concord a place for us to go through, not to. But a couple of new restaurants and a Met Opera “Live in HD” performance at the Capitol Center for the Arts prompted us to spend a weekend and see what else was there. Quite a lot, it turned out.

We found, among other things, a thriving arts community. The Capitol Center for the Arts, which already features a regular schedule of live performances, is opening a new venue down the road this spring, the Bank of New Hampshire Stage, which will broaden its capacity to host concerts and performances of all sizes and configurations. Retractable seating will allow flexibility, transforming the main theater area from a fixed-seat concert hall to a dance floor.

New Event
Winter Fest (January 23-26) is debuting in 2019, but it’s held in conjunction with a longstanding winter favorite — the Black Ice Pond Hockey Tournament. You can take advantage of the free shuttle service that will ferry people between the hockey tournament in White Park to the festival activities in downtown Concord. The big attractions include an ice-carving competition and demonstrations, plus four themed ice bars with a luge on the patio at O Steaks and Seafood. There will also be games and activities for kids and families, such as the cornhole tournament, warm-up stations with hot cocoa and s’mores, the chance to meet an NHL player and more. Check out the entire schedule of events here.

The theater is adjacent — and connected — to the newly opened Hotel Concord, where we spent the weekend. Our large room was on the fourth floor, in the corner, with huge windows overlooking Main Street and the Statehouse dome. From check-in on Friday afternoon until check-out on Sunday afternoon, we never moved the car from the adjacent garage. Everything we did was within walking distance, and the hotel was right there for dropping off purchases, changing clothes, and pausing for a glass of wine in front of the fireplace in the welcoming lobby. The atmosphere here is more like a fine country inn, with comfortable chairs and a reception desk in one corner, instead of a wall of check-in counters.

We didn’t even need to step outside for dinner. O Steaks & Seafood is just off the hotel’s Main Street lobby, and a lively place with a dining room that’s well separated from the large bar area. We began with duck lollipops glistening with a sweet ginger-chili glaze from the regular menu, followed by two of the evening’s specials that were so temptingly described by our server that we couldn’t resist.

Kobe steak tips were grilled with a charred outside and juicy red interior, and served with classic fries. Mahi-mahi was served with half a lobster tail (fork-tender and full of ocean flavor) over a generous bed of finely julienned and quick-fried leeks, so that each bite of fish was subtly seasoned with browned leek. Scoops of mashed sweet potato were deep-fried like fritters, and the dish was scattered with pomegranate seeds, a good counterpoint to the briny and sweet flavors. After that we couldn’t even think about the in-house desserts. 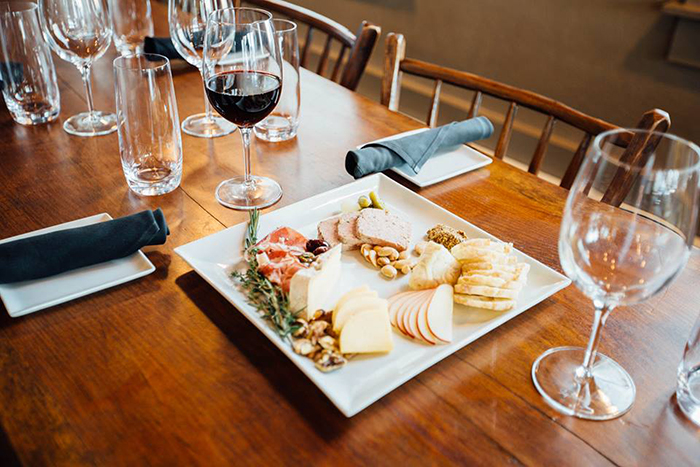 On Saturday evening, after a matinée Met Opera “Live in HD” performance at the Capitol Center for the Arts, we walked a block down Main Street for dinner at Revival Kitchen. I ordered local Song Away Farm rabbit braised with house-made black trumpet mushroom pappardelle, cipollini onions, leeks, oyster mushrooms and spinach topped with porcini crème-frais. It was in a savory broth that I caught every last drop of with the help of crusty rolls. The chef’s rendition of shepherd’s pie included braised lamb with cipollini, shallots and carrots, topped by creamy mashed and shoestring potatoes. We did manage to find room for a shared dessert, dark chocolate terrine with a raspberry layer, topped with hot fudge, marcona almond brittle and Frangelico whipped cream. 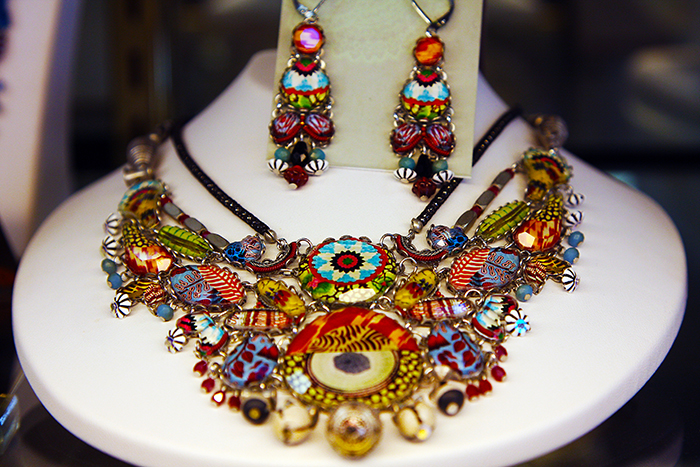 We found more art at the New Hampshire Historical Society, where there was an exhibit of the White Mountain artists. An entire gallery was filled with works by Frank Shapleigh, Thomas and Edward Hill, Thomas Cole, Albert Bierstadt and others depicting scenes in the White Mountains. Most were realistic views we know well, others were among the hyperbolic images that drew 19th-century tourists with visions of craggy Alpine grandeur. The building itself was designed by Guy Lowell, who also designed the Boston Museum of Fine Arts, and the pediment is by sculptor Daniel Chester French. Our visit reminded us to renew our membership to keep such fine exhibits possible. Walking back to Main Street we stopped in front of the state library to admire the lifelike bronze statue of John Winant, an until-lately unsung New Hampshire luminary.

Works by contemporary New Hampshire artists are displayed at the shop of the League of NH Craftsmen, along with pottery, hand weaving, blown glassware, fine woodworking, metal arts and jewelry in all media from silver to fiber. Across the street we found stunning examples of intricate jewelry by Israeli craftsmen, displayed among a collection of stylish women’s fashions at Gondwana & Divine Clothing Co., a 2018 Best of NH Readers’ Poll winner. Next door at Viking House, where imports from northern Europe include Finnish glassware, Scandinavian sweaters and woolens, silver jewelry, woodcarvings and a wide variety of imported European foods.

Pitchfork Records (another Best of NH Readers’ Poll award-winner) was right opposite our hotel, and just down the street is the large Hilltop Consignment Gallery, fun to browse for retro décor and vintage jewelry. But the shop that kept drawing us back was Things Are Cooking, an emporium so filled with everything kitchen that we didn’t know where to look first. Floor-to-ceiling shelves hold cookware for every possible need, enameled baking dishes in glorious colors, Fiestaware dishes, and an entire wall of kitchen tools that boggles the mind. I kept going back and each time left carrying something new.