A holiday stunt that left behind more than smiles 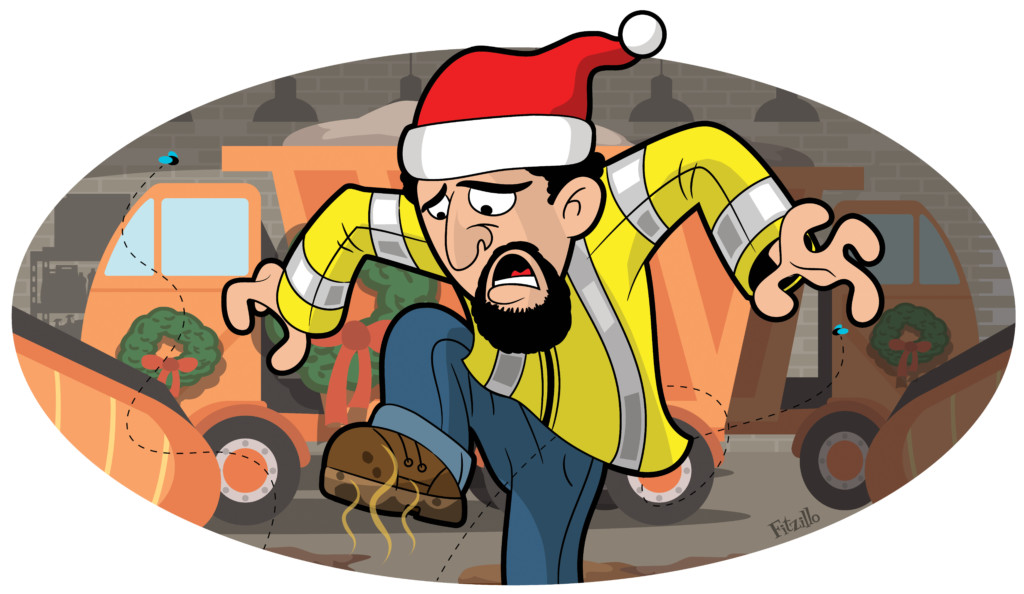 About 10 years ago, before the library building was a library, it was the garage building for the town highway department and the fire station. The building had tall, wide garage doors, concrete floors, and where library patrons now sit, there were once truck bays for the highway snowplows.

Right in front of the library (former town garage) is the Center Church, where services are held every Sunday, and special services are held on days like Christmas Eve. The church is small, and on Christmas Eve the candlelight services are usually too well-attended, so sometimes the preacher would hold two Christmas Eve candlelight services to give everyone an opportunity to attend without overcrowding the church. The earlier service was popular with people eager to get home and get the kids to bed so Santa could come, the later service was popular with people who appreciated the darker end-of-day candlelight portion of the service as it was more “Christmassy.”

One snowy Christmas Eve, Ollie Fifield decided that he and Mary Ellen would go to the later candlelight service, and that they should make it memorable with a dramatic entrance. Instead of driving to the service, Ollie convinced his brother Hughie to hitch his Percheron draft logging horses to a sleigh, pick up Ollie and Mary Ellen at their house, and then they would all go to the Christmas Eve candlelight church service in an old-time, horse-drawn sleigh ride. They’d put jingle bells on the horses, and timed their route so that they’d arrive just as the first church service was letting out. All of the young families with kids leaving would see the Fifields arriving for the later Christmas Eve church service in a horse-drawn sleigh. You just can’t get more Christmas magical than that. Brother Stuart Fifield decided he wanted a piece of the action too, so he and Anne drove up to Ollie and Mary Ellen’s house and waited for Hughie and the horses to pick them all up for their sleigh ride to church.

Bundled up against the cold night, they succeeded in making a memorable grand entrance. Horse-drawn sleighs traveling down town roads is something you can only get away with on Christmas Eve while going to church, so the event was notable, everyone was happy, and onlookers cheered and waved.

There was one tiny flaw in their plan. Where would they park the horses while they were in the church service waiting for their grand exit? Hughie had a key to what was then the town garage (now the library). He opened the big garage doors and drove one of the snowplows into the dooryard. Voilà, instant horse stalls. He unharnessed the Percherons from the sleigh and put them in the garage.

When the church service was over, he harnessed the team once again, backed the snowplow truck into the garage, and closed and locked the doors. With Christmas cheer, joyful goodbyes, Merry Christmases all around, bells ringing, and snow lightly falling, the spirited team drove them home and everyone was happy with their adventure.

Hopefully they got it all shoveled up, and maybe watch where you step as you leave the library tonight.