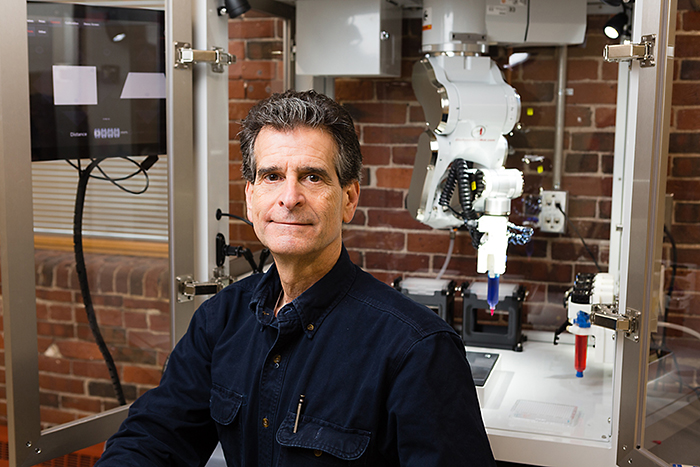 If you haven’t been aware that the bioscience industry is alive and thriving in New Hampshire, “you are not alone,” says Cindy Conde, independent consultant and co-chair of the BioMedTech Cluster, a trade association that is an initiative of the NH Tech Alliance.

But New Hampshire is indeed home to a growing number of start-ups and established companies alike that together represent an array of concentrations within the bioscience field, from pharmaceuticals to medical devices and engineered tissues. In fact, according to Conde, more than 300 bioscience organizations exist throughout the state, with locations on the seacoast as well as in greater Manchester, southern cities and towns such as Salem and Nashua, and western locations such as Hanover. Many of the companies situate themselves near an academic or medical center, Conde says, “because [industry leaders] are not just doing research for research’s sake anymore; they’re trying to bring it to light and commercialize products.”

One of the foremost examples of the state’s up-and-coming bioscience industry — and one that is generating particular interest because of the person at its helm — is Manchester-based ARMI, a member-driven nonprofit that specializes in regenerative medicine. Dean Kamen, founder of ARMI, famed Segway inventor, and New Hampshire resident, ultimately aims to make mass production of human tissue and organs a reality; the mission at ARMI, which stands for Advanced Regenerative Manufacturing Institute, is to help enable large-scale manufacturing of engineered tissues and tissue-related technologies. 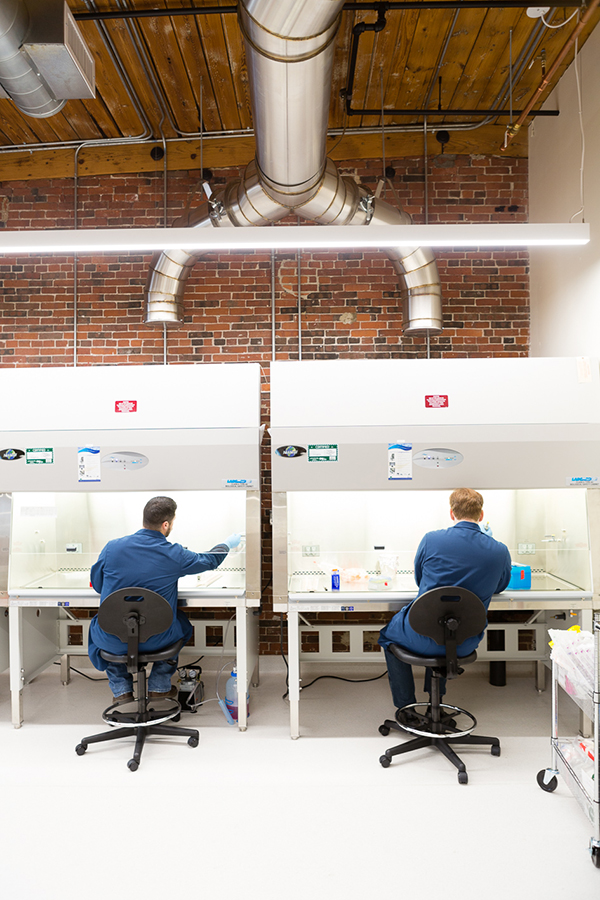 ARMI’s mission is to one day make mass production of human tissue and organs a reality. Photo by Jason Grow

Through its BioFabUSA program, ARMI solicits and funds proposals that address current gaps in the field, and encourages collaboration among experts from industry, academia, and government to collectively remove barriers that impede commercialization of tissue engineering. It’s all about connecting people, ideas and technology to enable and accelerate the scalable, consistent manufacturing of engineered human tissues and organs, explains Thomas Bollenbach, PhD, chief technology officer at ARMI.

Currently, ARMI staff spends much of its time reviewing proposals and providing outreach activities, but eventually, technicians and others at ARMI will coalesce technologies, processes and quality systems to create tissues at ARMI. “In the next year or so, we will start to build out the capability to generate tissues here [in Manchester],” Bollenbach says. “Actually manufacturing the tissues for implantation into patients, and commercialization — that’s on the horizon. But in the meantime we at least want to demonstrate the capability.”

Organs “will require another fundamental leap in basic technology,” he says, and challenges associated with mass production remain. “[Experts] are making breakthroughs that we never could have imagined 10 years ago,” Bollenbach says, “like 3-D printing a lung.” The problem is figuring out how to fabricate enough of those — along with skin, tracheas and all the rest — to keep up with demand. According to the US Department of Health and Human Services, more than 120,000 Americans need a lifesaving organ transplant, and another name is added to the national transplant waiting list every 10 minutes. That’s a lot of needed organs, and there aren’t enough donated organs to go around.

How best to preserve tissue also remains a question. For example, Bollenbach says, “How do we get it from the manufacturing line to the patient? It’s going to be a living tissue, so how do we even ship that?” Quality systems need to be devised that will support the manufacturing process, but also take into account the need for customization. Not just any heart, for example, will work in someone who needs a new one. Factors such as blood type, body height and weight, and medical considerations can influence whether an organ and a potential recipient are a good match.

And so the folks at ARMI march on. “We’re really facilitators in large part, bringing [together] the right people,” Bollenbach says, and uncovering what technologies already exist. “How many thousands of universities are there across the country,” he muses, “and how many technologies are buried in the back corner that we might be able to use?”

ARMI hopes to spread the message, Bollenbach says, that “this is a call to action” for researchers, educators, engineers and others who can contribute expertise to the regenerative medicine endeavor. “Help us to understand what’s out there already that we can use, and who might have the answer — who might have a means to build the thing that we need.” A colleague once likened the task of pulling the fragmented industry together to “trying to corral entropy,” Bollenbach says. “And that’s how I think about it.”

Dean Kamen has said that New England, with the Merrimack Valley and Manchester at its center, could become the Silicon Valley of regenerative manufacturing. The opportunity that is gaining momentum in the state “is huge,” Conde agrees. “[ARMI] is a national project that just happens to be based here, and a lot of companies have moved here to New Hampshire to be a part of this.”

“[New Hampshire is] doing some pretty neat things,” Conde says. “[We’re] not just a neighbor or stepchild to Massachusetts, but really [are] a provider of … life-changing or lifesaving treatments.”

Mass production of human organs and tissues requires a “leap” in technology that has yet to be achieved, says Thomas Bollenbach, PhD, chief technology officer at the Advanced Regenerative Manufacturing Institute (ARMI) in Manchester, but make no mistake, experts are already making biofabricated body parts, right here in NH, with more to come.

More than 300 bioscience start-ups and established companies call the Granite State home, says Cindy Conde, independent consultant and co-chair of the BioMedTech Cluster, a trade association that is an initiative of the NH Tech Alliance.

The companies reflect a diverse life-sciences industry that is advancing innovative ways to develop life-changing or lifesaving drugs, medical devices, diagnostics, health technologies and more — including human tissues and organs. Manufactured biological tissues can serve a number of purposes, from treating burn victims to providing heart valves for patients who need new ones, or researching and testing new drugs and other treatments.

Fabricated tissues that are being made today include skin, cartilage, bone, ligaments, esophagus, blood vessels and trachea, says Bollenbach. Making tissues and organs that are thicker than these “sheets and tubes” presents additional challenges to scientists and manufacturers, but their production is “on the horizon,” he explains.

“Right in [Manchester’s] Millyard, we have people who are trying to solve those problems of how do you make a thicker tissue,” Bollenbach says. Advanced Solutions Life Sciences, for example, invented a BioAssemblyBot to 3-D print human tissue. The company ultimately hopes to be able to print organs, and can currently 3-D print blood vessels derived from human fat tissue and grow a vasculature system outside the body that works similarly to blood vessels in the human body, providing conduits for oxygen and nutrient delivery. Also in the Millyard, United Therapeutics Organ Manufacturing Group is working on 3-D printing human lungs. 3-D printing can help provide functional tissues and organs, and can be customized to suit individual patients’ needs. An organ meant for a child, for example, can be made differently than one intended for an adult recipient. The ability to 3-D print tissues also helps researchers study disease and predict drug interactions and other dangers.

Despite all the progress, a significant hurdle remains: figuring out how to manufacture tissues and organs on a large-scale basis. “If you can believe it, Eugene Bell was making skin at MIT” in the 1970s, Bollenbach says. Bell, an MIT biologist, worked on developing a way to grow human skin to treat burns and other wounds. “So this stuff’s been around for a long time,” Bollenbach says. “Really the challenge has been … how do you scale it and keep costs under control.”

Bollenbach recalls a time earlier in his career, when he worked at a company in Massachusetts. “We were making up to 4,000 units of skin a week,” he says. “It was all done by hand. So that’s the challenge — how do you scale it and make [the process] more efficient.”