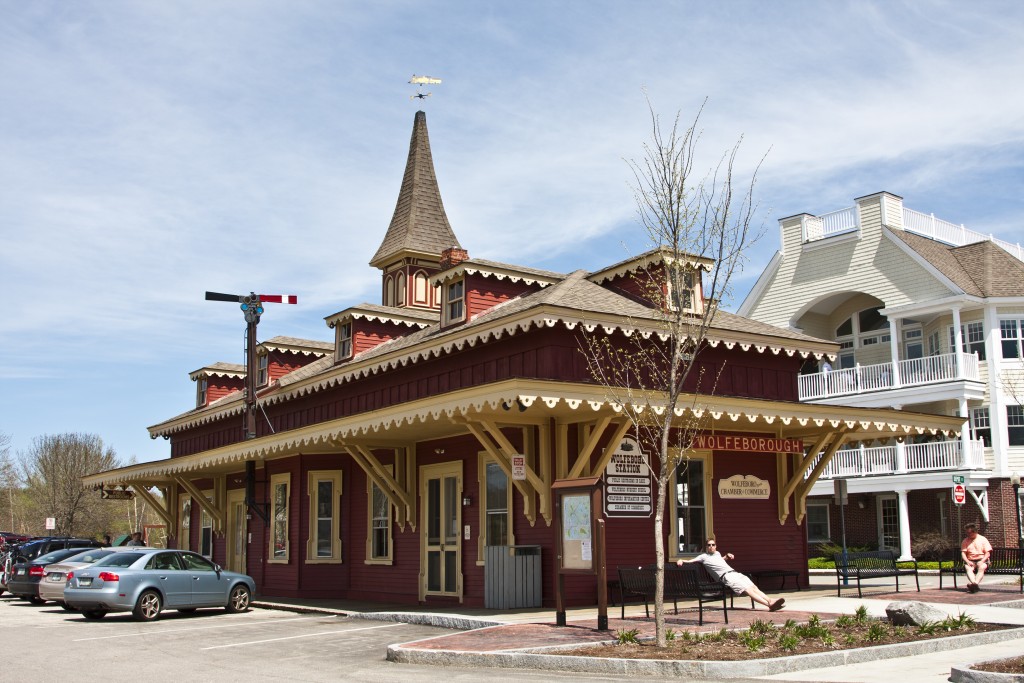 The eastern side of Lake Winnipesaukee is often called the quiet side, since it has fewer of the traditional beach attractions. This makes it less popular perhaps with families, but may appeal to those who enjoy the genteel charms of a more serene lake vacation than they’ll find at Weirs Beach.

The lakes that sit at either side of Wolfeboro’s compact business district shape its character today just as they shaped its history. It was Lake Wentworth to the east that gave the town the right to claim the title of America’s First Summer Resort. In 1768 New Hampshire’s first royal governor, Benning Wentworth, built a summer home with stories 18 feet high on the shore of the lake that was named for him. This is considered the first summer “cottage” built in America — you can see its impressive stone cellar hole in Wentworth State Park.

Wentworth was not the last to summer in Wolfeboro. Its position on the shore of the larger Lake Winnipesaukee made it a popular resort that grew as city people sought cooling breezes in the summer. Hotels sprang up along its shore — Sheridan House had its origins in 1795, and the larger Pavilion Hotel opened to 250 guests in 1845. The even grander Glendon House, with its double layers of wraparound verandas, was added in 1874; none remain today.

Tourism grew in the 1870s with the construction of the Wolfeboro Railroad line from Sanbornville to Wolfeboro’s dock, connecting passengers from Portsmouth to the popular steamers that Mount Washington Cruises had just begun operating on the lake. Before long, an 1812 farmhouse in the center of town began offering food to guests, in what would become the Wolfeboro Inn. The first overnight guests came in the 1930s and by the 1960s the inn was a well-recognized feature of Wolfeboro’s shore. A three-story extension in 1987 added spacious guest rooms with lake views.

The inn has its own replica turn-of-the-century lake paddleboat, Winnipesaukee Belle, one of several scenic cruises from Wolfeboro. Mount Washington Cruises still operates the M/S Mount Washington, which replaced the previous 1870s steamer in 1946. The NH Boat Museum offers lake tours on the vintage Millie B, and along with the chance to ride in a historic lake boat, passengers get a free ticket to see more small crafts at the museum.

With two lake shores, Wolfeboro is well supplied with places to swim: Brewster Beach and the smaller Carry Beach are near each other on Lake Winnipesaukee, the latter with shallow water for young swimmers. Albee’s Beach is on Lake Wentworth, and on the opposite side of the lake is the beach at Wentworth State Park; all have lifeguards in the summer. Put-ins for canoes and kayaks are easy to find on both lakes, and rentals are available at Hole in the Wall on Main Street. 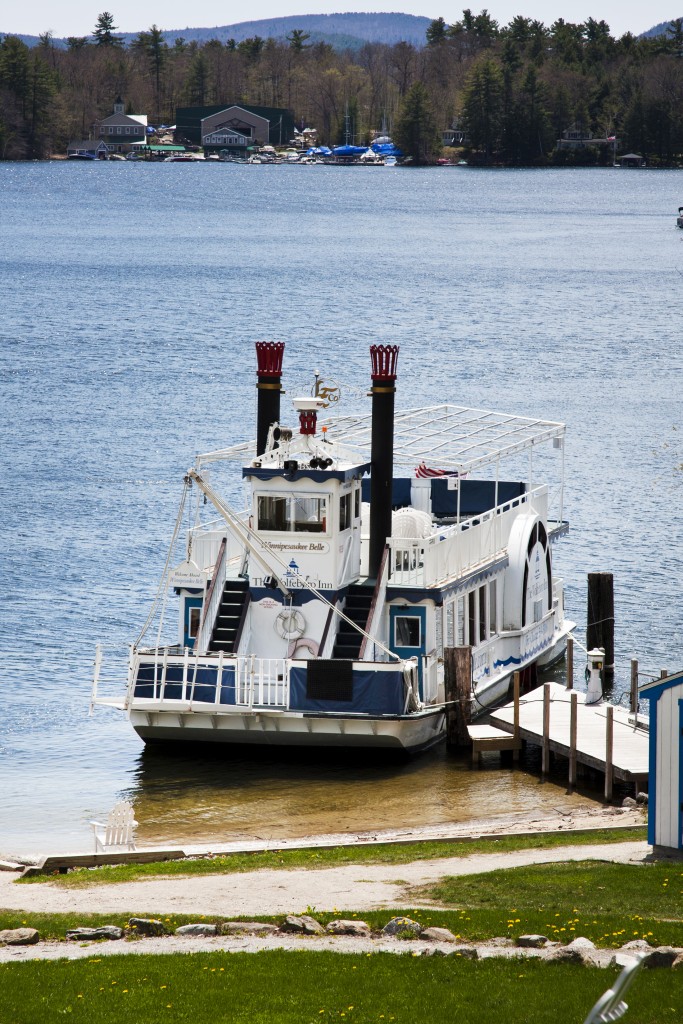 The Winnipesaukee Belle is a replica of a 19th-century paddleboat.

The lakes are all-season playgrounds, and in the winter you’ll see colorful bob houses dot the frozen surface. Rainbow and lake trout, perch and large- and small-mouth bass are the most common here. All the equipment, including a bob house, can be rented at Hole in the Wall, where the staff shares tips and advice.

Ice fishing isn’t the only excuse to get outdoors here in the winter. Abenaki Ski Area, founded in 1936 and billing itself as America’s oldest small ski area, has five well-groomed trails with snowmaking, a terrain park, glades, a high-speed tow and a slower one on the learner’s slope. Weekday rates for nonresidents are $20, weekend $25. Cross-country skiers will find trails at Abenaki or can ski on one of the town’s several multiuse trails, two of which begin in the village. The half-mile Bridge Falls Path from the old train depot is good for snowshoeing and another, the Cotton Valley Rail Trail, follows the old rail line to Lake Wentworth and Albee Beach.

In other seasons the lakeside trail is a favorite for birders, and opposite Wentworth Lake, Elie’s Woodland Walk leads through Ryefield Marsh, where you can see wildflowers, herons, beaver houses, and perhaps deer or moose.

It was a love of the natural environment that inspired the collections of Dr. Henry Forrest Libby, which he housed in the Libby Museum, New Hampshire’s oldest natural history museum. The thoroughly charming and sometimes idiosyncratic museum also includes Abenaki artifacts, historical items, an outstanding collection of antique fans and a pair of Egyptian mummy hands. Free live animal demonstrations are presented on Wednesday afternoons in the summer.

Those with a bent for history will find a lakeside park with a small group of buildings preserved by the Wolfeboro Historical Society: the authentically furnished 1778 Clark House, a one-room school from 1805, an 1820s barn and a collection of antique fire-fighting equipment that includes a rare restored Amoskeag horse-drawn fire engine. Clark Park is also the site of the Wolfeboro Area Farmers Market between June and October.

Wolfeboro’s Main Street and Town Docks area is worth exploring for its variety of shops, galleries and places to eat. We, of course, would begin at Winnipesaukee Chocolates on North Main Street for one of their White Mountains Chocolate bars, probably the Mount Monadnock — dark milk chocolate with cardamom and pistachios. Farther along North Main is The Kalled Gallery, featuring Jennifer Kalled’s bold and colorful jewelry. The Art Place features fine prints, paintings, photographs and intricate stacked-wood maps. Along with fine art and photography, Artisans Corner carries pottery, fiber arts and other handwork.

Browse or stop to read a chapter in one of the cushy chairs at The Country Bookseller or in the café over a cup of locally roasted coffee and a slice of lemon gingerbread. More solutions to satisfy a sweet tooth are at the well-named Yum Yum Shop, a bakery and ice cream bar.