The Pickwick's Mercantile family of shops in Portsmouth are whimsical, unique and fun 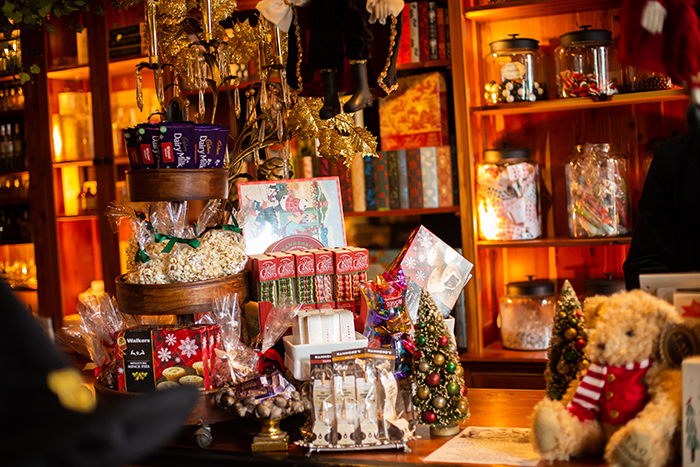 Portsmouth is known as a local shopping destination, but it really takes it to the next level during the holidays with the citywide Vintage Christmas, a series of events that includes the Candlelight Stroll, which winds among the historic homes at the Strawbery Banke Museum, plus plays, concerts, outdoor skating and more.

Fitting neatly into this celebration that channels Christmases past is Pickwick’s Mercantile, which was opened by Seacoast native Samuel Pickwick in 2012.

Pickwick’s at the Banke
43 Atkinson St.

Visit pickwicksmercantile.com for more information on all of the above.

Stepping into Pickwick’s — especially at Christmastime — is like walking into the pages of Charles Dickens’ “A Christmas Carol” (well, at least the charming parts). Inspired by an idealized version of the Victorian era, it also alludes to the wares that were part of Portsmouth’s founding as a major seaport. Pickwick’s is an eclectic and whimsical shop full of lovely and unique items for all ages, from perfumes and soaps in charming packaging to gorgeous editions of favorite classic books (yes, including “A Christmas Carol”).

Every season and holiday warrants a change in decoration, but it’s not just basic lights or small display — the store’s seasonal overhaul is truly a work of art that takes great attention to detail. And then there are the dedicated shopworkers who dress in historically inspired attire and possess a wealth of knowledge, not just of the shop’s products but of the area’s history as well.

What began as one shop became something much greater. Today, there’s also Lady Pickwick’s, Deadwick’s Ethereal Emporium, Pickwick’s at the Banke and Fezziwig’s Food & Fountain.

A few years ago, Strawbery Banke Museum approached the Pickwick family about opening a museum store, which became Pickwick’s at the Banke. Located in a 1790 wharf house, it celebrates Portsmouth’s Colonial maritime heritage. You can find local artisan products and, of course, experience the theatrical whimsy of the original Pickwick’s. 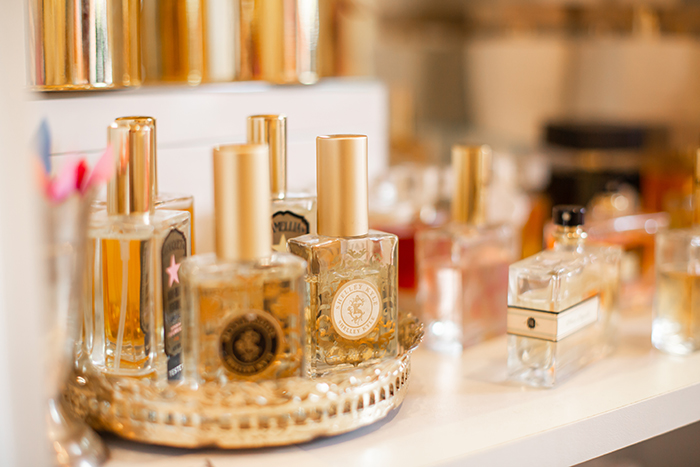 Lady Pickwick’s was created by Samuel’s wife, Providence, who loves Paris and wanted to create a different feel and aesthetic. The result is a feminine, cozy space filled with high-end makeup and delicate clothing. However, changes are on the horizon — after the holidays, the shop will undergo an overhaul that will be revealed in the spring.

Deadwick’s Ethereal Emporium started out as a little Halloween pop-up and a way to raise money for the Portsmouth Halloween Parade. Originally intended as a one-time thing, it’s now open permanently. Here you’ll find curiosities, spiritual items, décor, candles, herbs and even a chance for a tarot card reading.

The group’s foray into dining, Fezziwig’s Food & Fountain, was born when the building owner asked the Pickwick family if they wanted to open another shop. In just over a year, the new space was transformed into a sit-down café, serving breakfast, lunch and dinner. It’s a fun spot to rest after perusing downtown. Grab a milkshake, coffee or sandwich and enjoy company and conversation among the sparkling chandeliers and little trinkets for purchase, such as teas, candles and candy.

It’s not just about shopping — the Pickwick’s experience extends into the city with their private excursions on the vintage trolley Nickelby, plus the New England Curiosities Ghost Tours and Trolley Adventure Tours. For a really special experience, reserve a seat at one of the holiday dinners at Strawbery Banke Museum’s historic William Pitt Tavern. Held on Candlelight Stroll weekends, the festive evenings include four courses from Fezziwig’s, the joyful sounds of carolers, local beer and a general sense of holiday spirit.