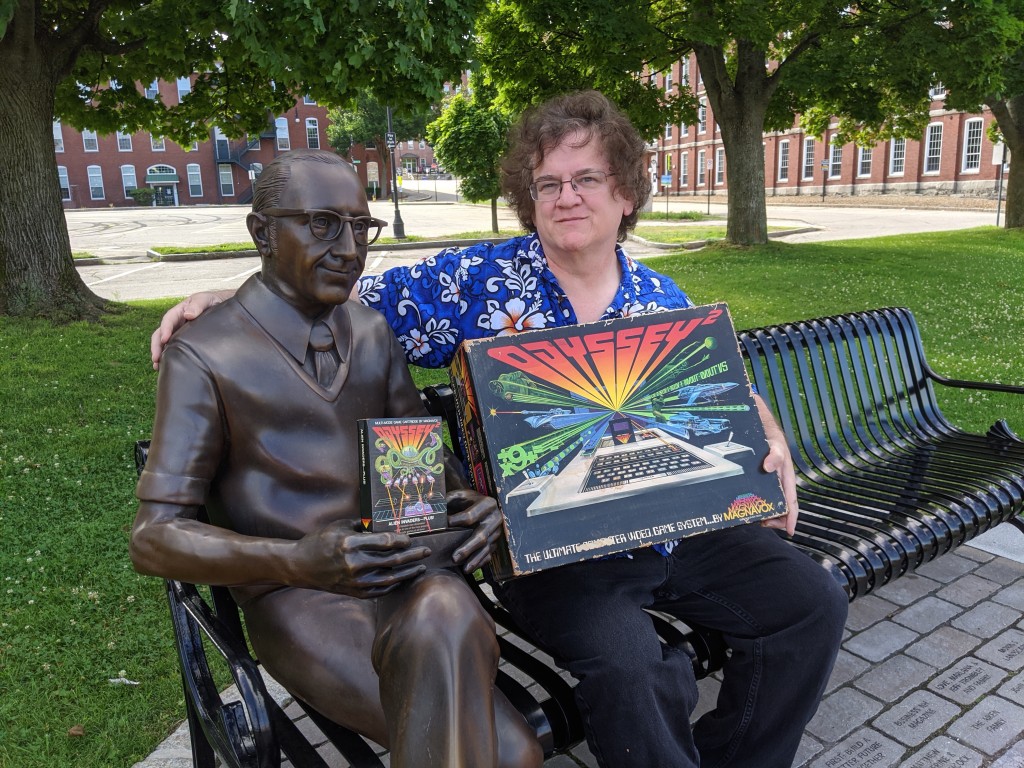 About 75% of my childhood was spent playing video games in my basement or in my friends’ basements — so I have no moral authority to criticize the insane amount of screentime logged by my children today. My friends all had the Atari 2600 game system. My brother Kevin and I had the Magnavox Odyssey 2, which was sold at Garnick’s TV, our father’s television and music store.

I thought the Odyssey’s joysticks were more nimble than Atari’s controllers and considered the graphics and game quality to be roughly similar. However, from the perspective of the 10-year-old Darren, the Odyssey was generic supermarket soda to Atari’s Coke, Pepsi and RC Cola. Because of better marketing and distribution, Atari had more partnerships with game developers and more licensing deals. They had all the hit titles.

When Atari licensed Donkey Kong from Nintendo, Odyssey came out with Pick Axe Pete! — a gold miner who climbed ladders and jumped over boulders instead of climbing ladders and jumping over barrels. When Atari licensed Pac-Man from Namco, Odyssey responded with K.C.’s Krazy Chase! — a munchkin that races through a maze to chomp segments of a caterpillar instead of dots. 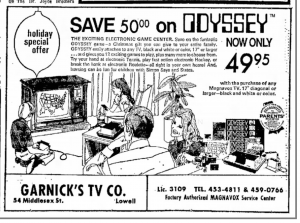 The author’s father owned a TV/appliance store that exclusively sold the Magnavox Odyssey video game system, so being part of an Atari family was not in his destiny. This newspaper ad is from 1973, a few months after the Odyssey was commercially released. (Courtesy of Garnick’s TV)

Odyssey games were never turned into Saturday morning cartoons. I didn’t even know anyone who knew someone who had an Odyssey 2 system at home. So years later, it’s not a shock to me that the popular gaming site IGN ranked it #21 on its “Top 25 Video Game Consoles of All Time.”

It occurs to me that I might be portraying myself as an ungrateful brat. Although I wasn’t a model child and threw the occasional temper tantrum, I was appreciative of my dad’s gifts and did truly enjoy the countless hours playing these games. As an adult, I was genuinely excited to learn that the Odyssey was invented in New Hampshire. Better yet, it not only came before the Atari, but it was the ancestor of every video game, period.

Engineer and toy inventor Ralph H. Baer, immortalized with a bronze statue overlooking the Merrimack River in Manchester’s Arms Park, has a remarkable life story that can’t be done justice in this space. Born in Germany, he fled to America as a teenager in 1938 with his Jewish family to escape the Nazis, fighting them five years later in a US Army intelligence unit. He later worked at Sanders Associates in Nashua (now BAE Systems) from 1956-1987, overseeing about 500 engineers developing military technology and applications. It was at Sanders where he developed the “Brown Box” prototype that evolved into the Odyssey. The Manchester resident spent his “retirement” years developing electronic toys at his Mayflower Drive home research lab, which was relocated to the Smithsonian’s National Museum of American History after his death at age 92.

He was awarded more than 150 US and foreign patents, and his best-known invention was probably Simon, an electronic memory game that challenged players to memorize long patterns of sounds and flashing lights.

I first learned about Baer’s contribution to my childhood from local journalist David Brooks, a science columnist (Nashua Telegraph, Concord Monitor) who helped popularize his legacy beyond the insular video game community. In the early 2000s, I had the idea to take my Odyssey out of mothballs and challenge Baer to a game. I never followed up.

Perhaps the next best thing would be this retroactive apology: Sorry that I believed that Atari was first, Ralph. I’m proud you called New Hampshire home, and thanks for entertaining the 10-year-old me!