“Our local fishermen are in danger of becoming extinct,” she says.

As the manager of NH Community Seafood, a fishing cooperative aimed at protecting and expanding New Hampshire’s seafood industry, Tomlinson has seen up-close the struggles of the state’s fishing businesses. Each year, additional challenges and burdensome regulations are piled upon the shoulders of small fishermen. In the 1990s, there were about 100 groundfish boats that called New Hampshire waters home. By 2019, there were only eight. The lobster fishing industry is facing similar decline.

Commercial fishing has turned into big business. Small-scale, locally owned fishing operations have considerable difficulty competing with consolidated national fishing companies. John Borden, the captain of a local lobster boat, says he and fellow fishermen are up against stiff competition. 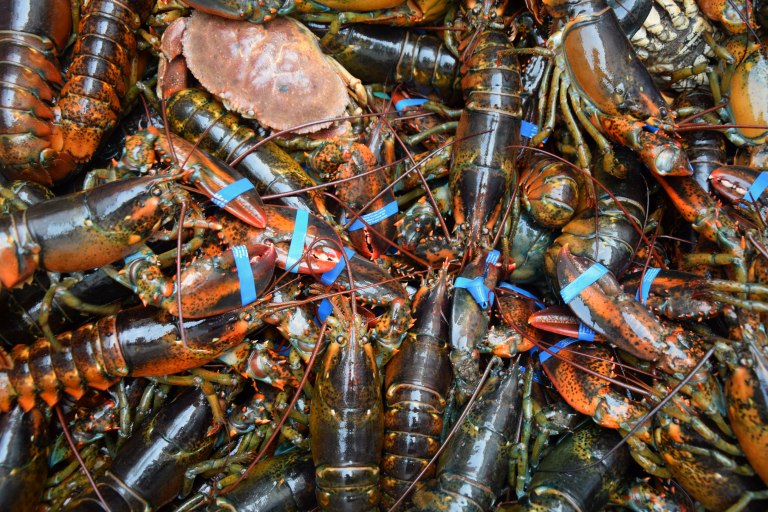 Like the rest of New England, New Hampshire is famed for lobster yet faces a sharp and steady decline in small fishing and lobster businesses. (Photo by Emily Vaughn for the NH Food Alliance)

“There used to be several piers and wharves where there were fishing operations, and they were family run operations,” he says. “They weren’t corporations. A lot of this stuff is going to corporations… and they have a lot more power as a company than the individual owner-operator.”

The sky-high costs of permits make it nearly impossible to develop new local fishing businesses. As in any other business, fishermen must assume the cost of equipment and property needed to manage the operation. But in addition to these start-up costs, those looking to fish must purchase pricey federal and/or state permits for their preferred catch, ranging anywhere from $25,000 for lobstermen to almost $200,000 for fishermen. Young fishermen looking to get into the industry often lack the capital and established credit needed to obtain loans and other financial assistance.

Borden says corporate fleets have made it hard for young fishermen to get into the industry.

“Whether he wants to retire or he can’t make it, he sells out and the corporate guy who has 10 boats buys his boat and his permit,” he says. “And  he keeps expanding his business that way.” 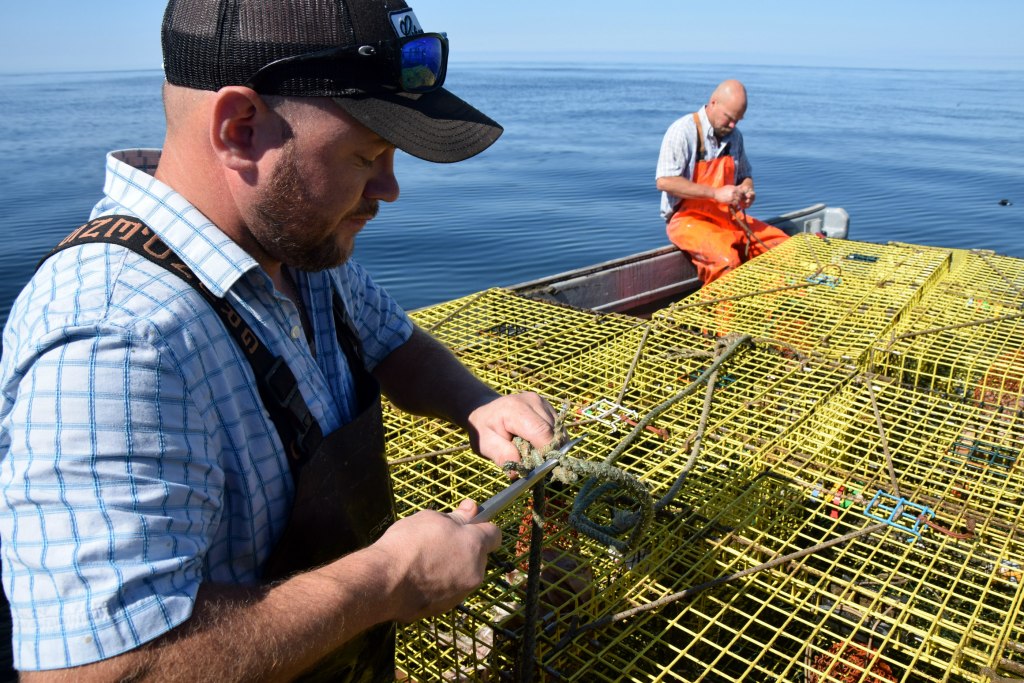 Because of the divide in communication between policy makers and fishermen, the expenses associated with these regulations have accumulated and have undermined established local operations. Policy changes in the fishing industry do not always account for the varying sizes of fishing operations and their risks. This has continually put undue stress on smaller, local fisher and lobstermen.

“We’re an easy target,” Borden says. “We don’t have a lobby… because we’re mostly independent operators.”

The lack of a strong voice in the political arena has left local fishermen fighting to survive.

Sea resource management can make or break the success of local fishermen. Climate change has put significant stress on marine life, which is seen in the fishing industry as sea species migrate north away from the coasts of New Hampshire and Maine. Restrictive policies meant to protect marine ecosystems are inadvertently putting local operations out of business and favor large companies that ship fish to New England from distant waters. Current fishing policy has an adverse effect on the small businesses that catch locally, who have a connection to the communities they feed and have a smaller carbon footprint. 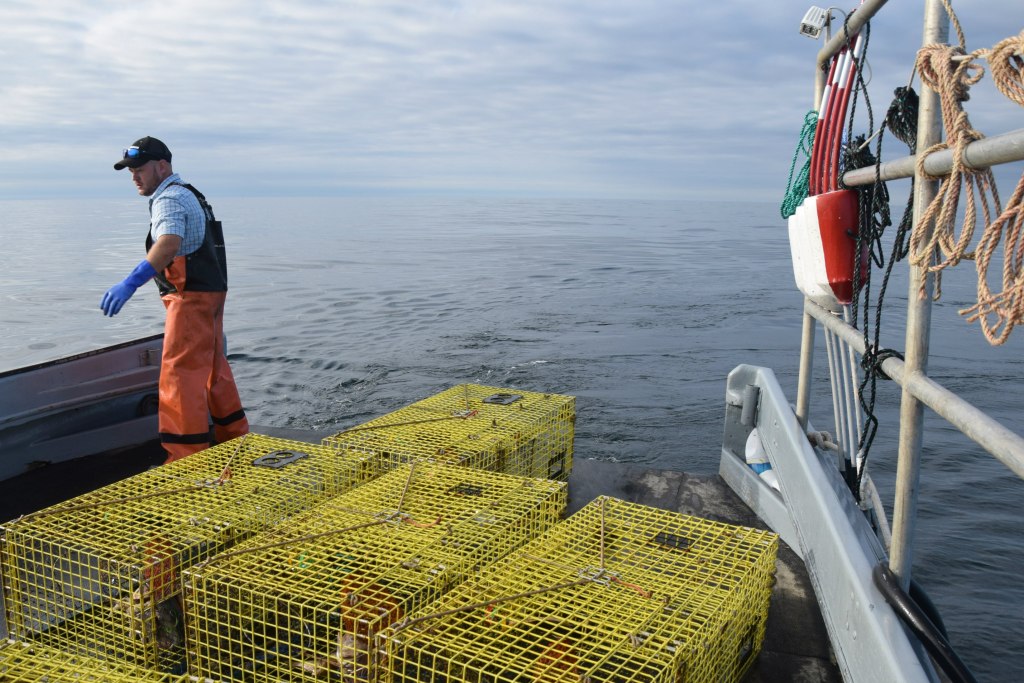 Small-scale fishing and lobster businesses often feel unfairly targeted by regulations and the high-costs of entering the industry. (Photo by Emily Vaughn for the NH Food Alliance)

A hot button topic in New England fisheries management is the endangered North Atlantic Right Whale (according to NOAA, there are only 400 whales remaining). Large shipping vessels that export seafood and other goods are far more prone to striking right whales than independent fishing boats – a huge problem considering that 90% of all seafood caught in New Hampshire is exported. Right whale ship strikes (by cargo/transportation ships) are cited by Borden as the leading cause of whale deaths, but the small fisheries industry is taking more of the blame for whale endangerment because they lack political power.

As we consider ways of maintaining a steady source of food, local fishing has many advantages over sourcing from large companies. During COVID we are seeing that supply chains with vast geographic spread are getting hit hardest. The closer to home we can procure, the less risk we face from events like this pandemic and climate change. This is proving to be true as some New Hampshire fishermen are pivoting to offer direct sale of fish, while other providers are on hold due to the virus. NH Community Seafood itself has lost a number of restaurant clients, but local demand has spiked and their Seafood CSA has doubled from last year.

Driving change will depend on how the next generation of fisherman is involved in these important policy conversations. In Tomlinson’s words, “Young fishermen have the ability to make huge regulatory change.”

Local fishermen are not resistant to communicating and collaborating in policy.

“You know, we were agreeable to changing our fishing gear in that respect,” Borden says. “Using this rope that was compliant. It made things more difficult for us, and more expensive, but we did it.” 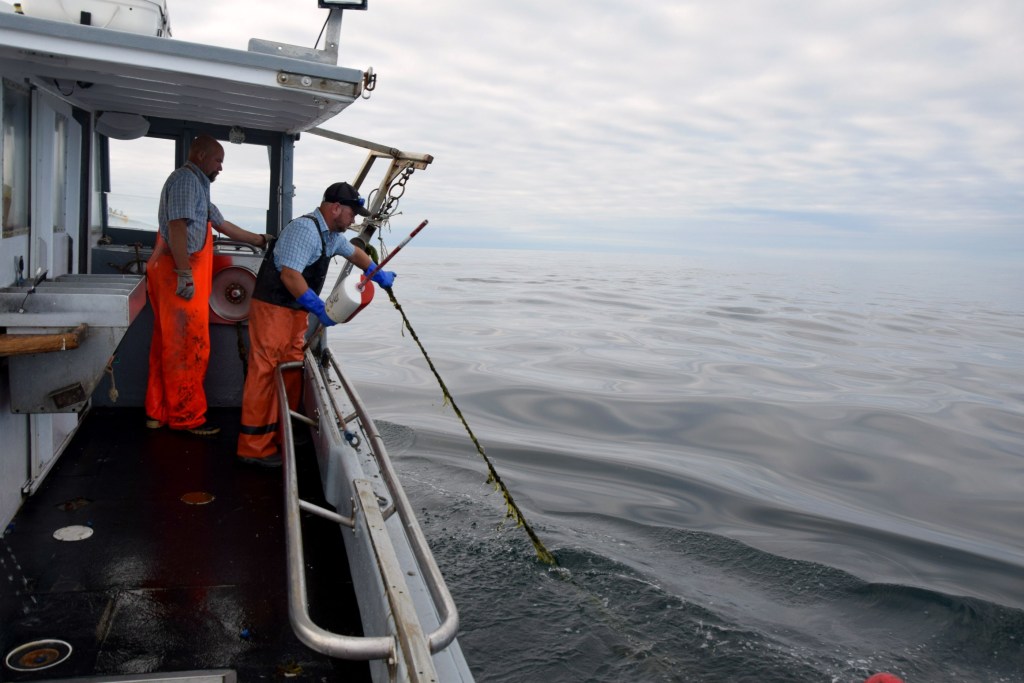 By working together, policymakers and fishermen could find common solutions to pervasive issues within the fishing industry. (Photo by Emily Vaughn for the NH Food Alliance)

While small fishing operations do not pose the same risk as larger operations and other industries, they are forced to foot the same bill, putting many of them out of business. It is time that local fishing gets the representation it deserves in policy. The bottom line is that fishermen care about sea resources and managing them well. Policymakers could benefit from their perspective at sea.

After all, Tomlinson notes, “If fishermen are following federal standards, they’re fishing sustainably. Nobody more than a fisherman wants to keep their fishing species alive and well.”