The Struggles of Social Anxiety

Social anxiety can range from relatively mild to extreme and consuming 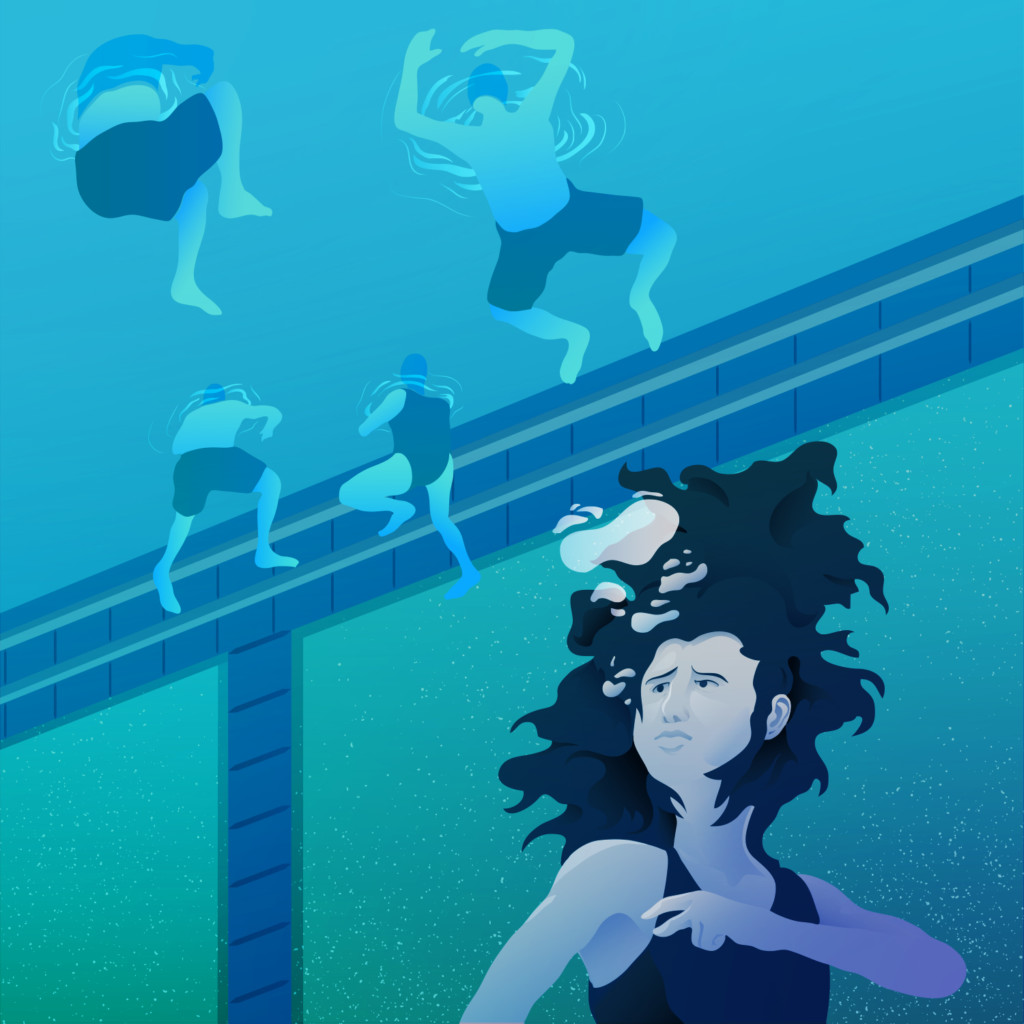 Does the thought of giving a speech or presentation in front of a crowd give you the heebie-jeebies? Maybe you fret about saying the wrong thing in a work meeting or committing a faux pas at an elegant dinner party.

Many of us worry now and then about embarrassing ourselves or being negatively judged by others, but for some, social anxiety reaches the level of a psychological disorder as it creates a level of distress so consuming that it interferes with daily functioning at school, work or other activities.

“Everybody has anxiety,” says Elizabeth Ellis Ohr, PsyD, a licensed psychologist in private practice in Portsmouth. “Social anxiety is one of the most common anxiety disorders that we have.” About 12% of US adults will experience social anxiety disorder at some point in their lives, according to the National Institute of Mental Health.

Anxiety of any kind can make us want to avoid or escape what we fear, says Dominic Candido, PhD, a clinical psychologist at Enhance Health in Lebanon. In the socially anxious, this sort of strategy might include “something as subtle as avoiding eye contact,” Candido says, “or showing very little emotion, kind of slinking through parties or gatherings [and] avoiding conversation.”

Escape and avoidance typically only reinforce the fear, however, because the behaviors lead to missed opportunities “to learn that the thing you’re worried about is pretty unlikely,” Ohr says. “And you also miss environmental cues that tell you that you really don’t have to be worried.”

People with social anxiety disorder commonly script out conversations in their mind ahead of time and think about what they’re going to say next while another person is still talking. They believe they are socially undesirable and inept. They might ruminate prior to a social engagement as they worry about what’s going to happen, Candido says — “predicting the worst, overestimating how likely that is to happen, and underestimating their ability to deal with it.

“They put a lot of pressure on themselves,” he notes. “They have to be witty and charming and engaging when in fact [their anxiety] restricts their range of topics, so they end up not being that way. Unfortunately, through all these avoidances, they actually generate the very world that they fear — because people do pull back away from them because they’re not that engaging; they’re very withheld.”

“People who are socially anxious are inside their heads the whole time,” Ohr says. “They’re working so hard in that social situation to make sure they come across in a certain way and to make sure that what they’re saying is correct, they are completely missing out on all of the environmental cues that tell them, ‘People are listening to you, people are interested in you, people do like you, there’s nothing wrong with your clothes, you’re fine the way you are. And you know what? Other people also do and say things too that aren’t great.’”

Cognitive behavioral therapy can provide effective treatment for social anxiety disorder, and often includes careful and gradual exposure to feared situations so that individuals can learn that their fears are unfounded.

For example, Ohr sometimes accompanies socially anxious patients on visits to shops in Portsmouth, where the patient can practice making small talk with store clerks and can look people in the eye to see that not only do people not sneer in response, some even smile back. It teaches the anxious “that the thing that they’re afraid of is very unlikely,” Ohr says.

Indeed, when it comes to anxiety, typically the best approach is to gradually face it and deal with it rather than ignore it. “The more [that people] can step into the anxiety as opposed to away from it, the better they’re going to do,” Candido says. “The important concept there is readiness. They have to have a sense of whether they’re ready to face the anxiety that they’re choosing to face. If they’re not ready yet, that’s OK. They should work to be ready to do that. It’s very hard for them to face those fears, so that’s why therapy is often necessary.”

Take a break from anxiety
If you suffer from anxiety, you might find that you spend a lot of time absorbed in your own worry-related thoughts. You can help yourself feel better and break the rumination habit by taking 10-minute “outward-focused walks” each day to practice shifting your mental focus “from internal and what’s happening with you, to external,” says Elizabeth Ellis Ohr, PsyD, a licensed psychologist in private practice in Portsmouth.

To give it a try, leave the earbuds at home and head outside, walking slowly as you notice sensations such as the breeze on your face, the smells and sounds around you, and the feel of the walking surface under your feet. Such mindfulness is typically a part of all anxiety treatment, Ohr says: “It doesn’t necessarily have to look like yoga or meditation, but it is about being aware of what your thoughts are and being able to shift your focus.”

For more information about social anxiety, see the National Institute of Mental Health nimh.nih.gov/health/publications/social-anxiety-disorder-more-than-just-shyness/index.shtml, and the Association for Behavioral and Cognitive Therapies abct.org/Information/?fa=fs_SHYNESS.