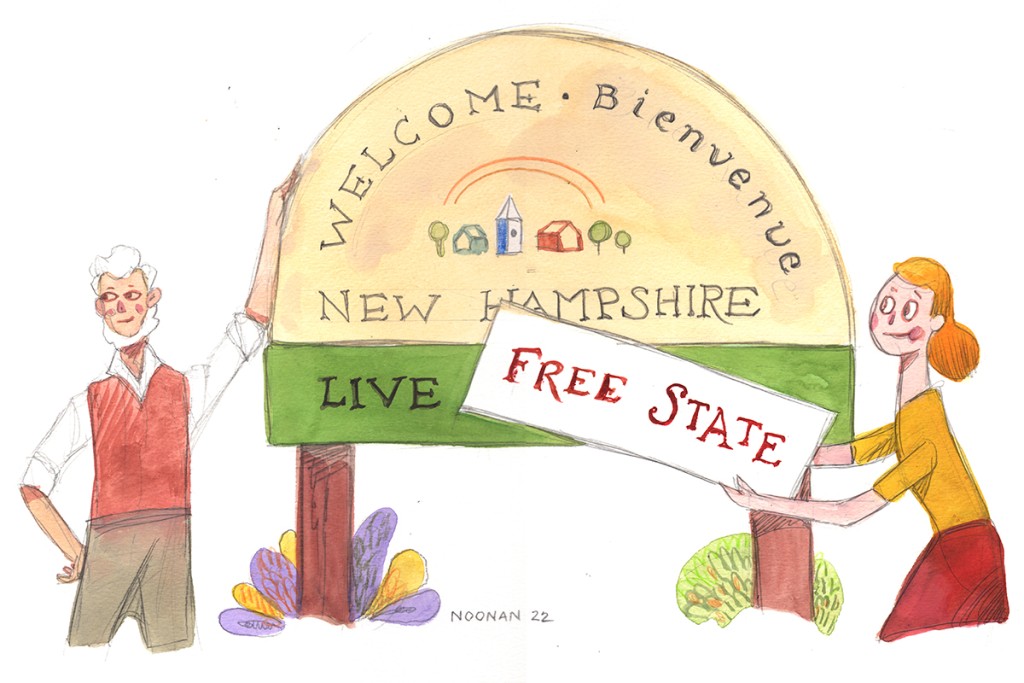 Twenty years ago, then-Governor Craig Benson welcomed to his state house office, with open arms, a group of self-described idealogues with an interesting idea.

Politically they were Libertarians who believed in an extreme form of limited government. As a political movement they have been around for a long time, but grew frustrated that very few of their members would get elected to anything.

So what if, as one Yale Ph.D student offered, a group of devoted Libertarians decided to all move to one state and have enough numbers to create a Libertarian utopia.

They called it the Free State Project. And by the time they selected New Hampshire for this venue, Benson – and most New Hampshire Republicans generally – felt that this in-migration would be good for them in their races against Democrats, who were slowly making the state more competitive during election time.

In the two decades since, two things are true: First, the Free State Project came nowhere near their goal of 20,000 people moving to the Granite State in the effort. Second, Free Staters, as they are known, have been widely successful in their takeover of the Republican-led legislature, where they have worked to decouple the relationship between public dollars and public schools in favor of more dollars going to private schools.

More importantly is what they have done in local politics this year.

Indeed, 2022 might be the year when New Hampshire began to understand the what the Free State Project means in reality and not just in the abstract.

Two episodes so far this year serve as an important harbinger for the future of how life is lived if Free Staters have their way.

This Spring in Croydon, members of the Free State Movement proposed and ultimately passed a budget that slashed the school budget in half without any discussion before the meeting. Town residents, most of whom didn’t attend the annual town meeting, were seething. They then organized and found a way to overturn that decision, which required over half of the town to show up.

Then there is the situation in Gunstock over the summer. Last winter, Gunstock, in Gilford was once again one of the most successful ski facilities of its size anywhere in the country. Uniquely, however, Gunstock is owned by the residents of Belknap County.

Under the system of government, the county’s delegation to the New Hampshire House of Representatives then appoints five members to a Gunstock Area Commission. Everyone in these positions are Republicans, and the leaders are Free State aligned. One, in fact, backed the idea of New Hampshire seceding from the United States.

Over the summer, this commission swung away from its oversight role, as the professional management team on the mountain, to more of a political-activist role. All management of Gunstock quit in one night. Gunstock closed for two weeks. Only after tremendous pressure from the community did a key commission member resign and the management of the mountain came back to their jobs.

To be clear, everything that the Free State Project members have done in the above examples are absolutely legal and done through the proper methods. Further, other than the sneaky budget proposal in Croydon, Free Staters have been very upfront with who they are, why they moved to the state and what they want to do in power. They aren’t hiding.

Ask the Experts: Guide to Wills and Estate Planning

Walk the Line? Challenging a DWI charge requires a lot of sober consideration

Who's on First? Why our head start in the presidential primary is fair play