The Connection between Loneliness and your Health 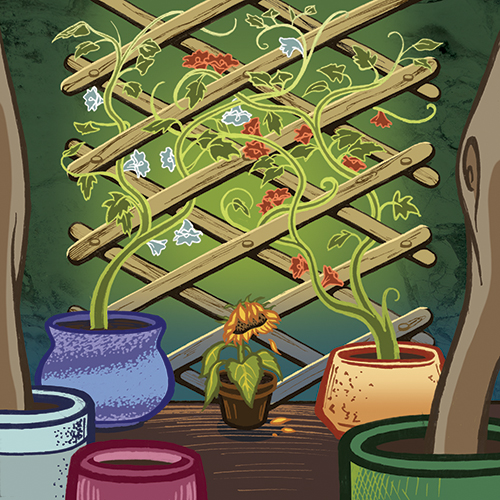 It might seem counterintuitive in this age of constant electronic connectedness, when friends and family are a mere click away, but loneliness is a problem for many of us — so much so that former US Surgeon General Vivek Murthy has declared that we are in the midst of a growing loneliness epidemic.

It’s not a problem unique to America. Earlier this year, Britain appointed a “Minister for Loneliness” who is tasked with tackling widespread loneliness and the fallout that can result from it. A review of loneliness rates worldwide showed that 5 to 10 percent of young to older adults complained of feeling lonely constantly, frequently or all of the time; and 30 to 40 percent complained of feeling lonely constantly, according to University of Chicago researchers.

Loneliness has been garnering attention lately not only because of its increasing prevalence, but also because it is being recognized as a public health concern that carries potentially serious implications for our physical well-being. One of the University of Chicago researchers, John Cacioppo, told The Guardian in 2016 that “chronic loneliness increases the odds of an early death by 20 percent, which is about the same effect as obesity, though obesity does not make you as miserable as loneliness.”

Loneliness comes down to perceived social isolation; solitude does not automatically trigger loneliness, and being among other people — even having a very active social life — does not necessarily provide protection from loneliness.

Typically, when we experience loneliness, we feel that there is a discrepancy between the quality or quantity of our relationships in terms of what we have versus what we want, says Renee Pepin, PhD, a research scientist at the Dartmouth Centers for Health & Aging and the Geisel School of Medicine. “People want more contact, or better quality in relationships than they’re generally experiencing,” Pepin says.

It’s easy to think of loneliness as a purely psychological or emotional concern, but mounting research indicates otherwise. “One thing that’s really important that people often aren’t aware of is that loneliness is really bad for your health,” Pepin says. In older adults “loneliness is associated with functional decline, nursing home placement, all kinds of health conditions and depression.”
Indeed, loneliness can be lethal. “It’s been linked with suicide risk [and] it’s associated with early mortality. Loneliness is terrible for you,” Pepin says.

A blend of demographic and societal shifts has likely contributed to our increasing social isolation. For example, there are more single-occupant homes today than in times past, and modern families are more likely to be geographically scattered. Loneliness has also been linked with too little sleep, too much work and a lack of physical activity.

In addition, a greater percentage of the population is gaining senior-citizen status. Most of us know from firsthand experience that loneliness can occur at any age, but Pepin says social isolation is an especially vexing problem as we age. Functional changes can affect our ability to drive or walk, making it more difficult to connect with people. Aging can necessitate changesin living situations, such as when a person who lived in a neighborhood and felt part of a community is moved to assisted living or a nursing home, “kind of plucked out of their living situation and put into a new place where they don’t necessarily know people,” Pepin says.
And then there are changes in social networks that occur as people get older. People who are important to you, if you live long enough, will die or become ill or have changes in their own living situation that cause them to move away, Pepin notes, or will experience their own functional changes that make it harder to get together with them.

Though people can feel lonely even when surrounded by others, in places such as New Hampshire, where rural living is part of the landscape, we face increased risk. In such cases, Pepin says, access to transportation and technology takes on greater importance, as they help people meet and communicate.

So even though we often blame technology for driving us apart when it keeps our gaze focused on screens and electronic messages rather than each other throughout much of the day, it does create opportunities to bring people closer. It has the potential, Pepin says, to reduce social isolation and build social connectedness — especially among the elderly, when they feel confident in their ability to use technological tools. “Older adults do use technology,” Pepin says, “but feel they’re not maximizing [their use of it], and are not up to speed the way other people are, which contributes to a sense of isolation — they feel all of society is privy to this form of connection and conversation but they are not.”

Pepin specializes in studying older populations, but her advice can apply to people of any age: To help keep loneliness at bay, she says, “people need to actively maintain the connections that are important to them. If you want to thrive, you need to keep doing those things that are important to you, and you need to keep connecting with those people who are important to you, and if you lose those people, you have to find new people. It’s not just going to happen,” Pepin says. “You really do have to put in that work.”

The side effects of loneliness

You might be forgiven for thinking that loneliness is all in your head — it stems from subjective perceptions and feelings after all — but science tells us that the consequences of loneliness are very real, and can significantly affect our overall emotional and physical well-being.

We are social beings, wired to be with others. (For a literal as well as figurative example, consider the massive success of Facebook.) Regardless of whether we spend lots of time among other people, if we perceive that we live in social isolation or that our interaction with others is somehow lacking, our physical and psychological health will be at risk.

Research has shown that loneliness during adolescence and young adulthood predicts cardiovascular risk factors such as elevated body mass index, blood pressure and cholesterol. Loneliness has been associated with Alzheimer’s disease, obesity, cardiovascular disease, poor sleep, a diminished immune system, alcoholism, suicide and death. It is said to be equivalent to smoking 15 cigarettes a day.

How can loneliness, based as it is on emotion and perception, affect us physically? It appears that loneliness triggers stress, and stress, particularly if it is chronic, weakens the immune system and causes inflammation, making us susceptible to a host of diseases and health troubles. One study used MRI scans to show that perceived social isolation affects not just how people behave but how their brains operate.

Loneliness poses special difficulties for older people, who might be living alone and are physically unable to get together with friends and family the way they once did, but loneliness is a problem that can touch anyone on the demographic spectrum: young and old, rich and poor, single and married.

Experts say the best defense is to foster relationships that matter to you. Make an effort to regularly spend time with people who talk with you in a meaningful way — beyond comments about the weather or gripes about the work commute — so that you sense an equal exchange of personal information and a sharing of feelings, emotions and experiences. Seek out those meaningful relationships, and once you have one (or more), give it the effort and attention it needs for maintenance and continued growth. As a bonus, engage in activities you enjoy, and get regular physical activity to help you feel good, body and mind.