New Hampshire Mocktail Month returns for its second year in January, at restaurants across the Granite State 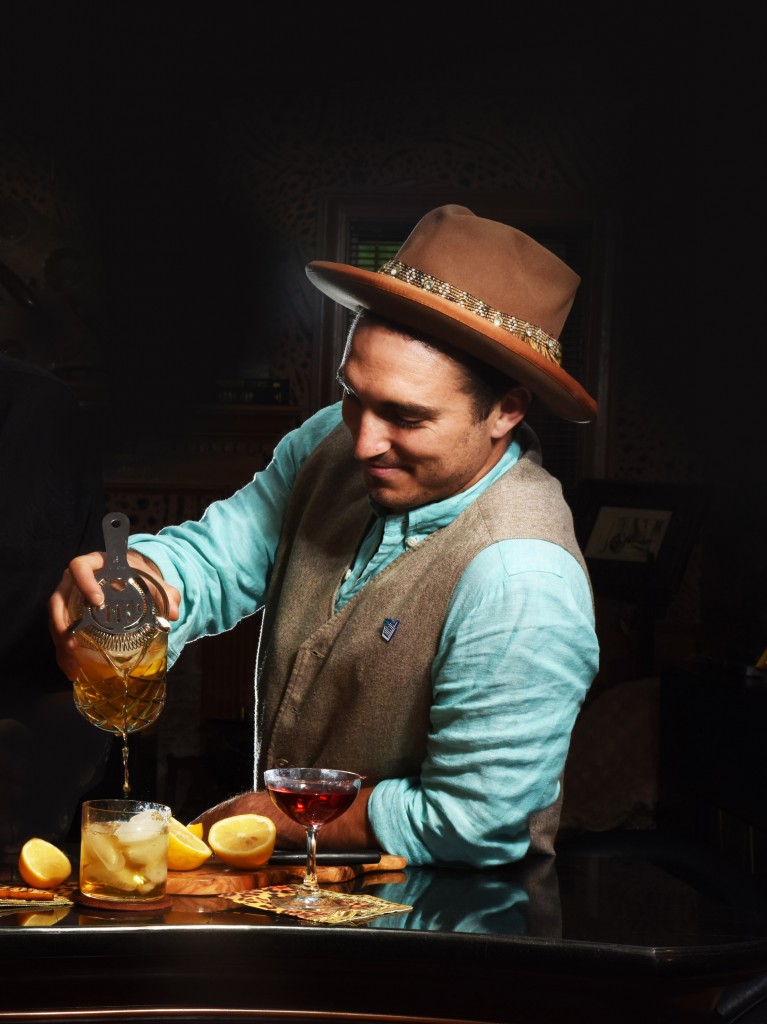 A perfectly crafted cocktail can often enhance a celebration.

Yet there are occasions when an alcohol-free option — prepared creatively with fresh, exotic ingredients — can be a smart choice. Why should consumers be denied a beautifully
crafted beverage just because they have reasons not to consume alcohol?

In an ongoing partnership with Brown-Forman spirits, The Mocktail Project, Old Forester Kentucky Straight Bourbon Whisky and the New Hampshire Liquor Commission are bringing back for a second year the monthlong event aimed to help create a safer, more inclusive drinking culture.

During the month of January, more than two dozen restaurants throughout New Hampshire will feature specialty alcohol-free libations known as mocktails on their menus. In Manchester, the list of participating restaurants and bars includes 815 Cocktails & Provisions, CJ’s Great West Grill, Masa Sushi & Hibachi Grill, and Shaskeen Pub and Restaurant.

The man behind the Mocktail Project

The organization works to empower bars and restaurants to create inclusive environments through activities, sponsorships and missions like New Hampshire’s Mocktail Week. At the same time, The Mocktail Project gives back financially to provide recovery tools and resources to people in the hospitality industry.

Hawkins says he made the personal decision to become alcohol-free five years ago. Soon after, he began to pursue his passion of creating a safer and more inclusive drinking culture based on his own personal struggle as a 25-year-old navigating his way through early sobriety.

“I never believed I could walk back into a bar or restaurant and not have a drink,” Hawkins says. “I’m a Kentucky boy — home of the Kentucky Bourbon Trail and the Kentucky Derby. These are things you associate with having a drink in your hand.”

However, it was through the Bluegrass State’s native spirit that Hawkins learned his grassroots project had achieved a level of notoriety and success.

“About six months into it, the Kentucky Distillers Association approached me and asked if I’d like to come on board and help with the social responsibility side of things.”

Since then, Hawkins has led a widespread campaign that brought him to all of the lower 48 states, including New Hampshire, where he served mocktails at the annual Distiller’s Showcase of Premium Spirits in Manchester.

“I helped to create the first mocktail pop-up bar at the Distiller’s Showcase. That was really my first introduction to New Hampshire and the New England states,” says Hawkins.

“The demand for healthy, specialty mocktails is growing and it’s important consumers have those alcohol-free options available to them,” he adds. “It’s amazing how much support The Mocktail Project has received in New Hampshire. Working with NHLC and Old Forester to launch Mocktail Month is a great example of how a more inclusive, stigma-free drinking culture can be embraced.”

Time to Rise from “Cocktail Illiteracy”

A new book from the founder of Tamworth Distilling tells how 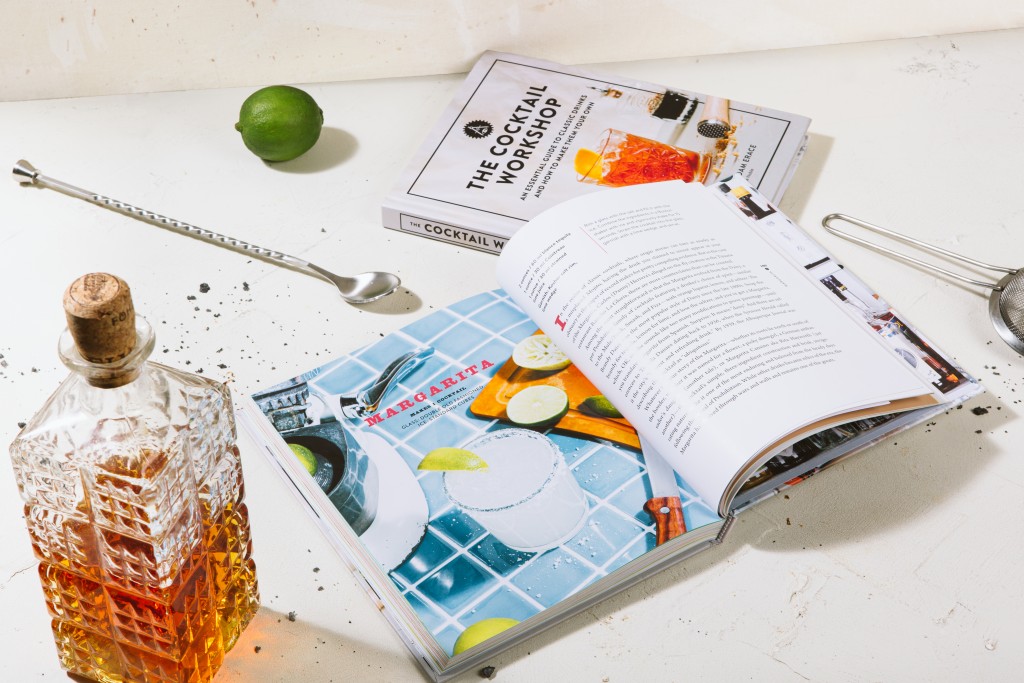 A slow piano plays ominously as a voice declares in stentorian tones: “The Manhattan, the negroni, the martini, the old fashioned. These are the classic cocktails that every American of drinking age should know how to make, yet, sadly, millions of Americans do not.”

The video is an online trailer for a new book of cocktail recipes, but it plays like a tongue-in-cheek public service ad to raise awareness of the growing plight of “cocktail illiteracy.” It’s just another example of the unique blend of smart-aleck marketing and top-shelf distilling that has made little, historic Tamworth into one of the most cosmopolitan villages in North America — ever since it was chosen as the site of Tamworth Distilling by founder and “spirit savant” Steven Grasse.

But it also points out a verity of modern American life, where packaged and premixed drinks tend to fill in for cocktail aficionados when there isn’t a professional mixologist nearby.

“It’s hard to believe, but it’s true,”continues the video voice. “Millions of Americans of legal drinking age do not know the difference between sweet and dry vermouth. They have no idea how to muddle. Millions of Americans are cocktail illiterate, but luckily, help is on the way.”

That “help” is “The Cocktail Workshop: An Essential Guide to Classic Drinks and How to Make Them Your Own.” The book is a deep dive into 20 classic drinks that make up what Grasse calls “the foundation of cocktail creation” and provides tips on delicious variations for DIY bartenders.

The same pandemic that had families dig out their old jigsaw puzzles and learn how to make sourdough starter led to a record increase in at-home bartending. So many amateur mixologists set loose in home bars inevitably led to the consumption of lots of terrible-if-sincere attempts at recreating favorite drinks from favorite real bars. While this was not an existential threat to our democracy or a harbinger of End Times for Grasse — an entrepreneur equally influenced by punk rock and New England transcendentalism — it was a gauntlet thrown down, a challenge requiring a positive response.

And anyone who has visited Grasse’s bespoke Shangri-la of food and drink in Tamworth, including Tamworth Distilling and his Art in the Age Café, knows that once you get him started, cool things happen.

Grasse is known for creating some of the most outrageous booze brands of the 21st century: Hendrick’s Gin, Sailor Jerry Rum, Art in the Age Craft Spirits. He is the part-owner and creative mastermind behind Narragansett beer, and his agency, Quaker City Mercantile, has brought similar success to beer icons Pilsner Urquell, Guinness, and, most recently, Miller High Life.

Tamworth Distilling & Mercantile opened in 2015 as a hands-on expression of his desire to control the potent realm of liquid spirits, and it gained international press and awards within its first year. Grasse is also the author of “Colonial Spirits: A Toast to Our Drunken History,” “The Good Reverend’s Guide to Infused Spirits,” and his peculiar (and probably personal) excoriation of one of America’s principal forebears in “Evil Empire: 101 Ways That England Ruined the World.” He lives and works in Philadelphia but keeps a close eye on the doings of his Tamworth enclave.

The Cocktail Workshop features cocktail recipes from Lee Noble, lead mixologist at Tamworth Distilling’s Philadelphia sister store Art in the Age. It is designed to help amateur bartenders and seasoned industry pros alike to ramp up their skills with in-depth instruction spanning not only cocktail-making fundamentals but also high-level extras such as creating at-home orgeat syrup (hinted at playing a role in the assassination of Napoleon), kombucha, aquafaba, and more.

“We feel that ‘The Cocktail Workshop’ is a necessary guide for anyone who has ever built cocktails at home,” says Grasse. “We’ve worked together with Lee to showcase the proper methodology for crafting truly impressive cocktails without expert training. Personally, I’m very proud to finally launch the book, because I think it fits into a broader conversation about the average imbiber taking cocktail edification into their own hands.”

“The Cocktail Workshop: An Essential Guide to Classic Drinks and How to Make Them Your Own” by Steven Grasse and Adam Erace. Available online for $27.50 from Running Press runningpress.com. 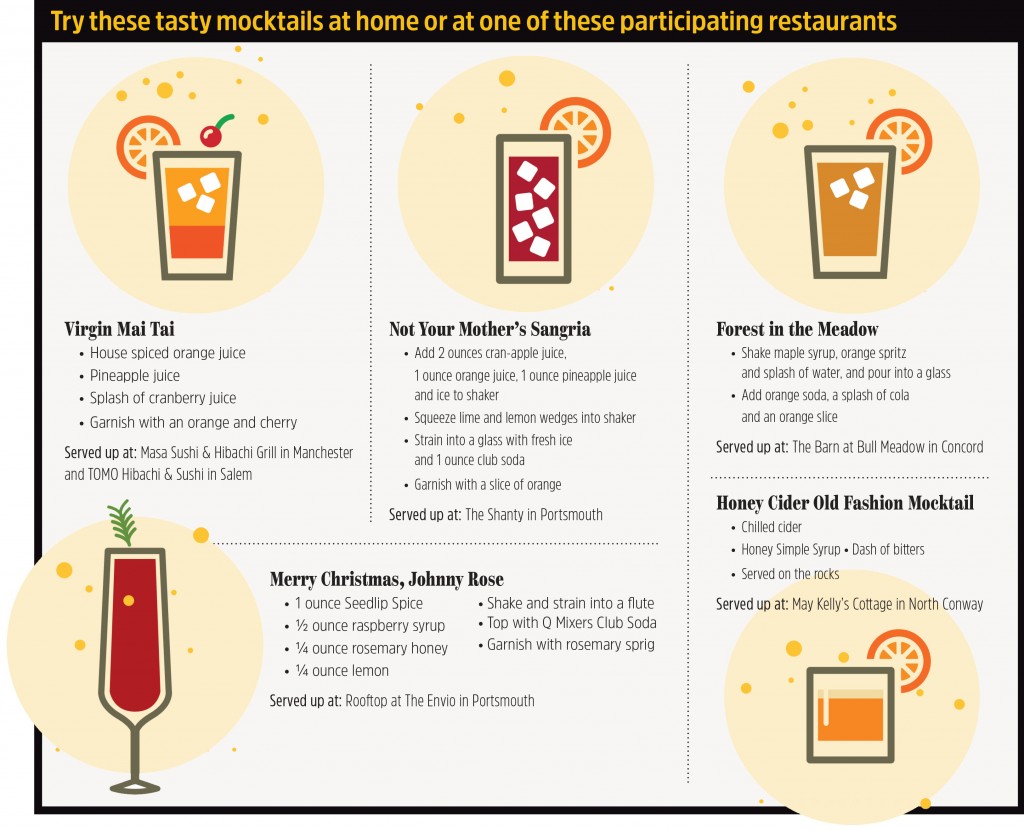