Samantha Brown Really Gets Around

A note from New Hampshire Magazine: Due to the statewide efforts to slow the spread of COVID-19, many of Samantha Brown’s recommendations and favorite spots are currently closed. In the meantime, we hope you use her suggestions as a guide to planning a future trip around our fabulous state. Stay safe, and stay healthy! 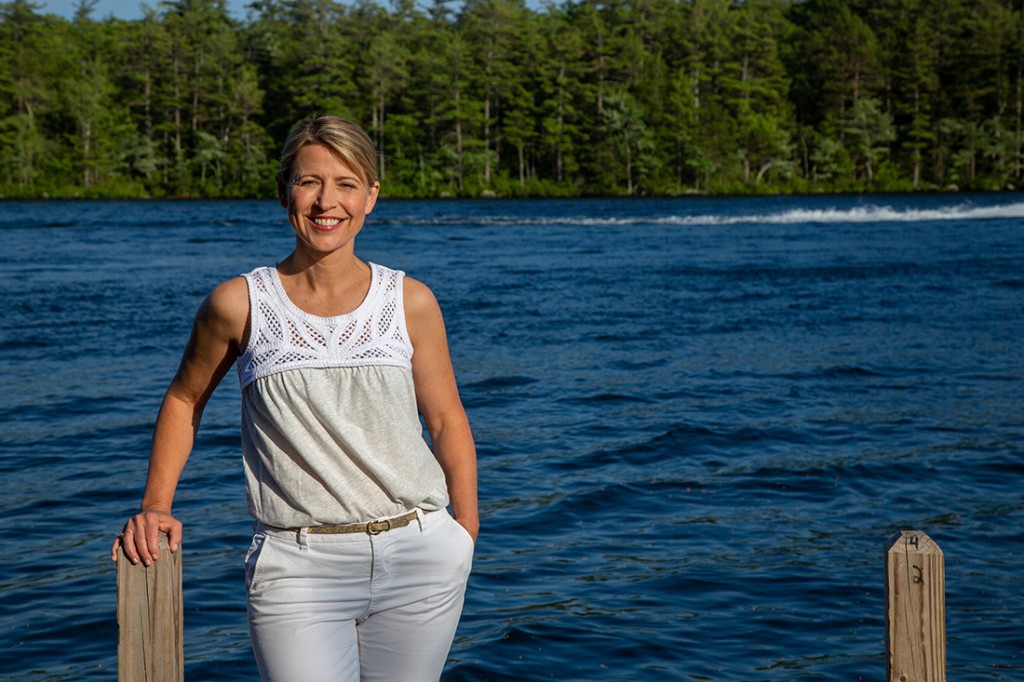 She’s been around the world as a journalist, and her work with the Travel Channel has transformed her face and warm, sunny personality into the ideal travel companion for millions, but when picking places for the third season of her show, Samantha Brown’s “Places to Love,” she decided it was time to bring it all home.

Old home, that is, since she currently dwells in New York, but she grew up and her parents still reside on the New Hampshire seacoast. In the New Hampshire episode of the 13-part series, she took advantage of the opportunity to finally have a look around her home state to find a few of those special places that you just want to tell the world about.

It was an eye-opener for her. “My family and I stuck mainly to the coast of New Hampshire and never went to the mountains, so it was a real pleasure to be a curious traveler in my own state,” says Brown.

As the episode unreels, Brown arrives on Lake Winnipesaukee aboard the M/S Mount Washington and goes straight to Funspot, the world’s largest arcade. From there, she continues her tour of the Lakes Region by taking a loon-spotting cruise on Squam Lake, and she concludes her trip on a Cog Railway ride to the summit of Mount Washington. 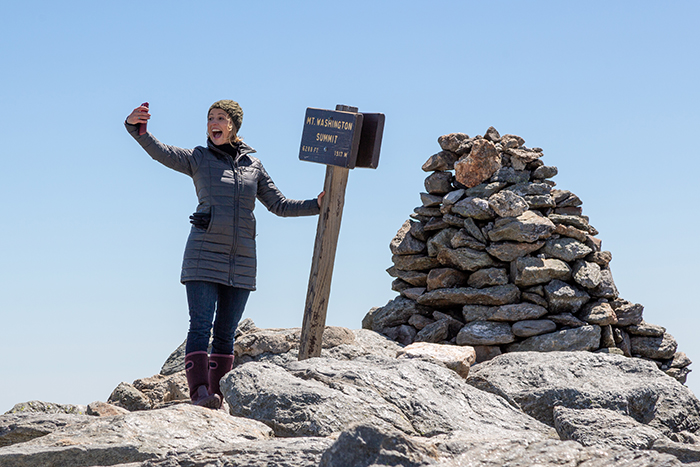 Peak selfie: Samantha Brown is on top of the world after her scenic ride to the peak of Mt. Washington on the Cog Railway. Photo courtesy of Samantha Brown

While in Laconia (featured in our “Cities on the Rise” story here), she had lunch at a popular, local farm-to-table restaurant, aptly named Local Eatery, that partners with nearby farms for their menu. Then, on her cruise of the North Country, Brown and her entourage spent some time in Littleton (another of our “Cities on the Rise” you can see here) and explored its Main Street USA downtown lined with unique, locally run shops and eateries, hitting all the high points along the way, notably the Littleton Diner, “which is the breakfast spot for many presidents,” she notes. She also dropped by Chutters, home of the longest candy counter in the world, according to the “Guinness Book of World Records.” Her verdict? “It’s the perfect day-trip destination!”

While her parents may not have shown her the sights of their home state when she was young, she recalls one very New Hampshire story from her youth: “When I was a little girl, my mom would tell me the story of how I was a bear cub she found in the woods.” Being an impressionable child, she recalls, “I would sometimes search our backyard in looking for my bear mom and dad, worried that they were missing me. If I wasn’t getting along with my sisters or parents, I was certain it was because I was a bear and they were not.”

Coming home is always a time of memories. While filming at the Omni Mount Washington Resort, she went out for a walk and spotted five lady slipper orchids. “It made me tear up,” says Brown. “When I was around 10, I would go on long walks in the woods (how amazing I grew up in a time that was still OK) and I would find lady slippers. Because of my mom’s love of all plants I knew never to pick them.” But one memory tends to lead to another, and thinking of her mom stirred up her mom’s tall bear tale, with a different spin. “About an hour into my walk, I started to get scared that I was in the woods alone and that there could be bears,” she says, “So I guess I’m a full-on Brooklynite now.” 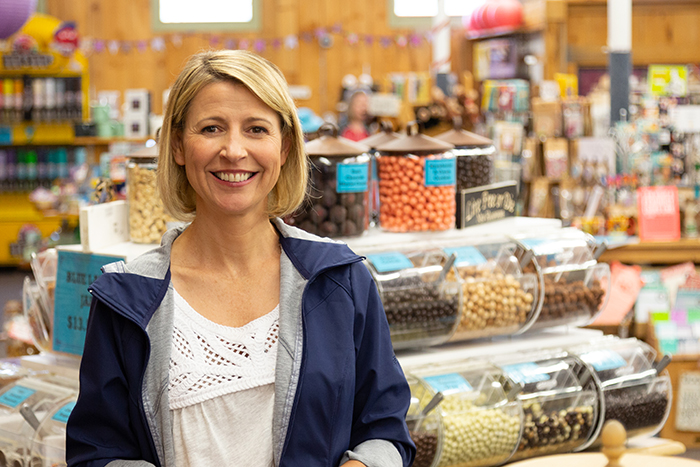 Brown shops for candy at Chutters in Littleton, a town she calls “the perfect day-trip destination.” Photo courtesy of Samantha Brown

After having been to such far-flung and romantic spots as Budapest, the British Virgin Islands and about 250 cities in 74 countries, what’s the charm she finds in rustic, mostly rural New Hampshire? “The people are a huge part of what makes a place great,” says Brown. “We’ve done destinations that people don’t really think about when it comes to travel, and they’ve been fan favorites since they were so unexpected.”

Asked if she could pick one more spot in New Hampshire to show to her viewers, she had no trouble coming up with an answer. “I would love for them to see the seacoast. I would imagine not many Americans know that New Hampshire has one!” And she gave this shout-out for the “capital” of our seacoast: Portsmouth. “It still feels like this little gem that not many people know about.”

Brown wasn’t completely hibernating here during her youth. “When I was on ski club trips in high school, I remember looking up and anticipating seeing the Old Man of the Mountain.” When she and her crew were shooting here last year, it was the first time she had actually driven past the familiar viewing area for Cannon Mountain and looked up to see that he was gone.