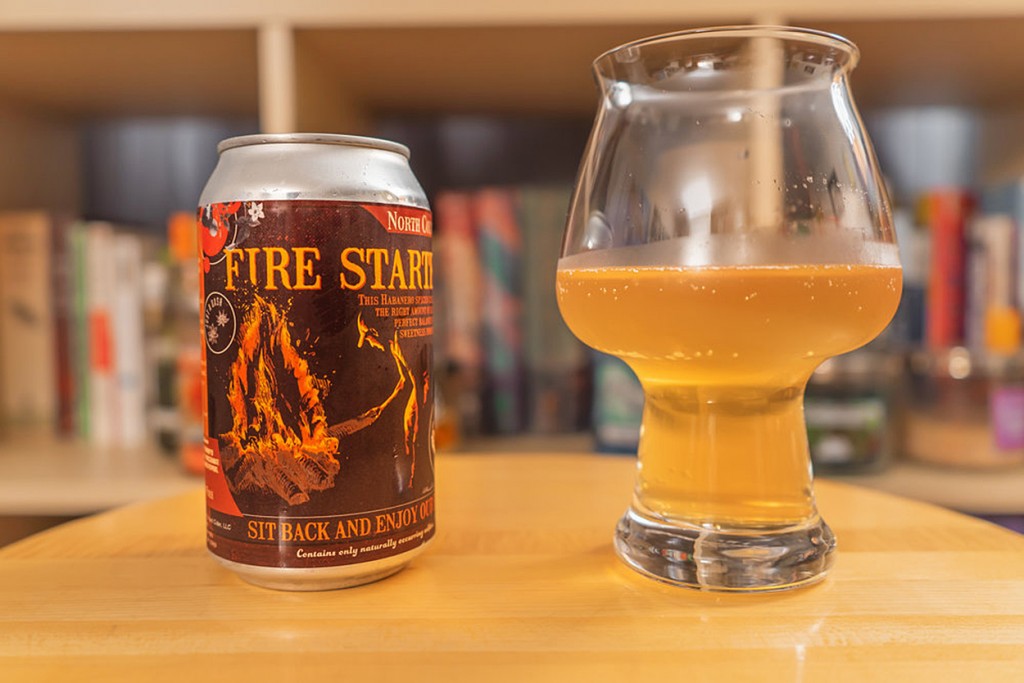 There’s no shortage of interesting options at North Country Hard Cider in Rollinsford — for instance, the Fire Starter, with flavors of cinnamon, pomegranate and habanero peppers. Courtesy photo

Growing up in rural Maine, the Gordon brothers — who, along with friend Ron Dixon, are the founders and cider makers at North Country Hard Cider — weren’t allowed to have food with additives or preservatives.

“My mom’s a chemist, and if we ever went shopping with her and wanted something, she’d turn it around to see what the ingredients were,” says Silas Gordon. “Most of the time we couldn’t get it.”

It created an ethos, however, that stuck. So when Silas, Ivan and Ron started the Rollinsford cidery in June of 2014, they created hard ciders free from those additives and preservatives.

“It’s very real,” Silas says. “It smells like apples. It tastes like apples. Most people are allergic to sulfites at some level, so you’re not going to get a headache from drinking it.”

Is that a no-hangover guarantee?

“Well, it won’t be from the cider,” Silas says, laughing. “You can get a hangover from eating too much pizza.”

Silas, Ivan and Ron have even added some heat in the form of Firestarter, which has flavors of cinnamon, pomegra-nate and habanero peppers grown right down the road from the cidery. When Silas reaches for a cider, though, he’ll go for something with a little bite.

“The more tart the better, for me,” he says. “We make one called Bitter Brothers, made from bittersweet apples from our farm in Maine. It’s crisp, super-tart, and you’ll get tannins from that bittersweet apple as well. The acid allows the palate to taste more.”

Visitors to the cidery, set in an old mill building overlooking the Salmon Falls River, can work their way through a long list of ciders available by the can, fill a growler with whatever is on tap, order 12-ounce pours or try a flight. (The tasting room has been moved to an outdoor patio as of press time.)

Labor Day will bring with it a new release called The Bond — a cider made in collaboration with Deciduous Brewing Company of Newmarket. Later in the month expect fall flavors, including an utterly unique cider made from wood-fire roasted squash, called, well, squash.

“It’s one of the most unique ciders we make,” Silas says. “The squash adds so much. It has a very unique mouthfeel.”

And it, like all the other North Country Hard Ciders, will be additive-free and mom-approved.