Don't miss the next great brewfest! Here's a list of annual craft beer festivals happening this summer, plus more happening in the fall

Beer festivals are a great way to get introduced to new breweries or to taste something different from an old favorite. Here’s what’s coming up this summer and fall, plus events to look out for this winter. 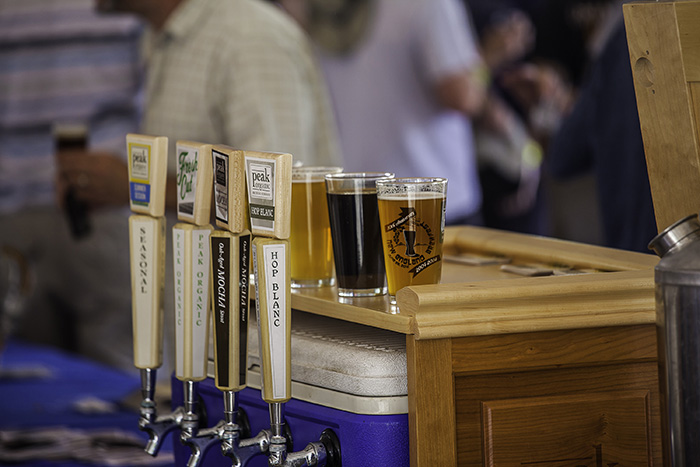 June 15, 2019
Newport
The 6th annual Newport Nano Brewfest features dozens of the best local, brewer-owned, hard-to-find, craft beers New Hampshire has to offer. Located in Newport’s beautiful downtown on the historic Town Common, the festival is part of Chamber Day. Held from 11 a.m.-3 p.m. VIP hour is 11 a.m.-12 p.m. VIP tickets are $47, general admission is $30 in advance in May, $35 in advance in June and $38 at the door.

June 22, 2019
Lincoln
Celebrate 15 years of great beer in the scenic White Mountains of New Hampshire at Loon Mountain Resort. This year the event will be held from 12 to 6 p.m., and VIP access ticket holders will be able to enter the brewfest at 12 p.m., and general admission ticket holders will be able to enter at 2 p.m. Other changes besides a two-hour VIP session are in the works, so keep an eye on the website and Facebook page.

June 29, 2019
Kingston
Join the Kingston Volunteer Fire Association as they celebrate Kingston’s 325th Anniversary. There is a full day of activities planned, starting with an old-fashioned baseball game at 10 a.m., 5K/5M road race at 11 a.m., cow patty land rush at 1 p.m., the beerfest from 3-7 p.m. and a three-story bonfire complete with a car on top at 9:30 p.m. Music from One and Done, Second Hand and Whiskey6 will be playing from 2 p.m.-midnight “On the Plains.” All the while there will be activities for the whole family, including food, fireworks and fun. Tickets are $35.

Brew with a View

July 13, 2019
Sanbornton
Bring your friends to the large venue tent at Steele Hill Resorts for the 5th annual A Brew with a View Brewfest. Sample a selection of over 30 craft breweries and enjoy spectacular views overlooking the lake. There will be great music, door prizes and delicious food. VIP admission, from 4-5 p.m., is $55. The Brewfest kicks off with VIP admission featuring an hour of exclusive, limited and rare offers from the brewery representatives plus complimentary snacks and a free event apparel to bring home as a souvenir. General admission is $40 and starts at 5 p.m. with the general tasting session running until 7 p.m.

July 13, 2019
Concord
The NH Brewers Association’s 6th Annual NH Brewers Festival will feature the largest collection of New Hampshire craft breweries at any brewfest in the state and is the perfect opportunity to taste the best New Hampshire has to offer. This one-of-a-kind event is “for the brewers, by the brewers,” meaning run by and in support of the NH craft beer industry and will bring together over 40 NH brewers showcasing 100+ NH craft beers. Held at the Everett Arena/Kiwanis Waterfront Park from 1-4 p.m. with VIP hour starting at 12 p.m. General admission is $45 in advance ($50 day of) and VIP is $60.

July 27, 2019
Manchester
Held at Arms Park in Manchester from 1-5 p.m. with the VIP hour beginning at 12 p.m. The Manchester Brewfest benefits Dartmouth’s Norris Cotton Cancer Center. General admission is $40 and VIP is $50.

July 27, 2019
Wolfeboro
This is the 6th annual Beveridge Summer Fest. Sample some amazing brews from a bunch of amazing New England breweries while listening to the tunes of Copilot. There will be corn hole, beer pong and other fun games to play at the base of Wolfeboro’s Abenaki Ski Hill. Food vendors will fill your tummies with their tasty goods. Bring a lawn chair if you like and enjoy a day of amazing beer, cider, music and food. 12-4 p.m. $40

August 3, 2019
Keene
Held from 1 p.m.-5 p.m. (with VIP hour at 12 p.m.) at the Wyman Tavern Museum grounds in Keene. Proceeds from the Wyman Tavern Brew Fest will benefit the Historical Society of Cheshire County. Featuring breweries from New Hampshire, Vermont, Maine and Massachusetts. VIP tickets are $55 and general admission is $30 in advance and $35 at the gate.

August 17, 2019
Londonderry
There’s a whole lineup of events, starting with the 5K race at 6:30 p.m. The brewfest event options at 6:45, with country music and a bonfire to follow. There will also be food vendors and foodtrucks offering items for purchase. Admission is $25 in advance and $30 the day of.

August 17, 2019
Nashua
Wings and beer come together at Holman Stadium in Nashua from 1 p.m.-5 p.m. Enjoy beer from local breweries and see who takes home top prize in the wing competition. Tickets are $25 in advance and $35 the day of.

September 8, 2019
Hampton Falls
This is more than just a road race – you’ll get treated to an after party featuring fresh apples, pie, ice cream, cider, and plenty of craft beer from Harpoon Brewery.

Claremont Brewfest: Battle of the Brews

September 21, 2019
Claremont
Held at the Visitor’s Center Green in Claremont. This is a combo brewfest and 5K race held by the Kiwanis Club of Claremont. Sample beers from more than 30 New England Breweries and vote for your favorites. Tickets are $30 and $50 for the VIP hour. The VIP hour is from 12-1 p.m. with general admission from 1-4 p.m. Designated driver tickets are available for $10.

September 21, 2019
Derry
This festival is a celebration of local craft beer and eateries and a continuation of the annual “Derryfest” celebration. They’ll be pouring over 120 unique, local, and regional craft beers for you to try as well as delicious, local foods sold by businesses in the Greater Derry/Londonderry area.

September 14, 2019
Portsmouth
A craft beer and culinary world tour that benefits the Strawbery Banke Museum in Portsmouth and New Hampshire Public Television. Held from 5-7:30 p.m. with a VIP reception beginning at 4 p.m. A wonderful opportunity to stroll through the historic grounds of the museum while sampling delicious local food and drink. VIP is $130 and general admission is $75.

October 5, 2019
Exeter
Held under tents from 11 a.m.-4 p.m. at Swasey Parkway in Exeter. Tickets are $35. This huge festival features breweries from New Hampshire, New England and beyond. In addition to the beer, taste your fill of chili and vote for your favorite. New Hampshire Magazine is a proud sponsor of this event.

October 12, 2019
Portsmouth
Hosted by Cisco Brewers (formerly Redhook) in Portsmouth from 12-9 p.m. Tickets for sessions 1 and 2 as well as VIP are on sale now. Regular tickets are $40 and VIP are $55. This event is a special fundraiser for the Prescott Park Arts Festival in partnership with Master Brewers Association of America and WHEB’s “The Morning Buzz.”

February 22-March 2, 2020, Portsmouth area
A 10-day series of events, tasting and a festival held at the end of February in Portsmouth. Though Portsmouth Beer Week technically begins on February 22, the official-unofficial kick off party takes place at WHYM Craft Beer Café from 4-11 p.m. Then, the following day, the annual Seacoast Winter Brewfest (two sessions, held at the Portsmouth Gaslight Company) officially begins the festivities.