Here’s where you might run into New Hampshire Magazine’s 2019 Beer Guide author Michael Hauptly-Pierce. These are his recommendations for where to find local brewers who are pushing the boundaries of craft beer. 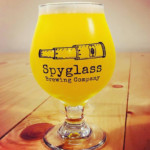 These folks are getting a reputation for their hazy IPAs, but locals know they serve up some great sours and saisons as well. Cans sell out quick, so arrive early.

Backyard not only has destination-worthy beer, but great eats as well. Brewer Paul is always switching it up, from wild yeast-fermented ales to barrel-aged big beers. The patio is a perfect Friday spot, in season. 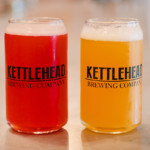 In high demand, and mostly available only at the brewery, Kettlehead is someplace you just have to visit. You can’t beat the $10 burger and beer special, and they are setting the standard for sours and IPAs in the Lakes Region.

Rob and Lisa North had a dream, and it sure looks like it came true, as the brewery just celebrated its fourth anniversary. Despite their large distribution footprint, their spacious tasting room has a very comfy feel to it, with knowledgeable staff and a ton of weekly and monthly events.

Flying Goose has been putting out 30ish different high-quality beers every year for well over 10 years, under the gently maniacal ministrations of brewmaster Rik Marley. Says Rik, “…” never mind, it was too long to print, but stop in for an unforgettable pint and a plate with a view of the hopfield. 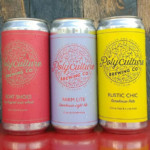 Farmhouse ales. From a farmhouse. In a farmhouse. I sampled some beers from these folks at a charity event last year and was blown away. They truly embrace the concept of terroir, from the use of wild microbes to ingredients fresh (minutes) from the farm. They are open most Saturdays, so check their website.

This was the first New Hampshire brewpub I ever visited, in 2000 or so. It is just as good now as it was then. I bust his chops for it, but I really respect how brewer Greg has such deep respect for and understanding of classic styles, and yet often ventures into experimental territory — whether with a hazy IPA or a beer brewed with a different red ingredient every year. Save room for dessert — there is a candy counter.

Truth be told, I am a Devon Bush fanboi. He went to England to learn to brew at 18, worked on yeast ester production for Hendrick’s Gin, graced the cover of an illustrious local publication (hint: the one you’re reading), and is the head brewer at Henniker. Every beer is studiously planned and perfectly executed, and they throw a bangin’ party a few times a year. I particularly like the big brews, try King Misanthrope if you can find it. 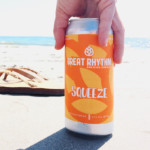 This is a beautiful spot to grab a pint, right on the water. GR spent their initial phase contracting all their production, saving their pennies to build their present location, and it shows. A sea of stainless steel sits beside an open-concept tasting room. Plan for at least an hour, or just leave your watch and phone in the car.

Before you outright ask, his house was most outlying geographically (i.e., in New Hampshire, not Massachusetts) of his group of friends, so when they visited him, they were visiting the out-house. Tom started this brewery in an out-building at his home compound, but quickly out-grew it and moved to his current location. It has worked out well, with increased foot traffic and bigger equipment with more output. Expect eclectic styles and kilted stories.