Woodman captures the magic of wildlife with pencil dust 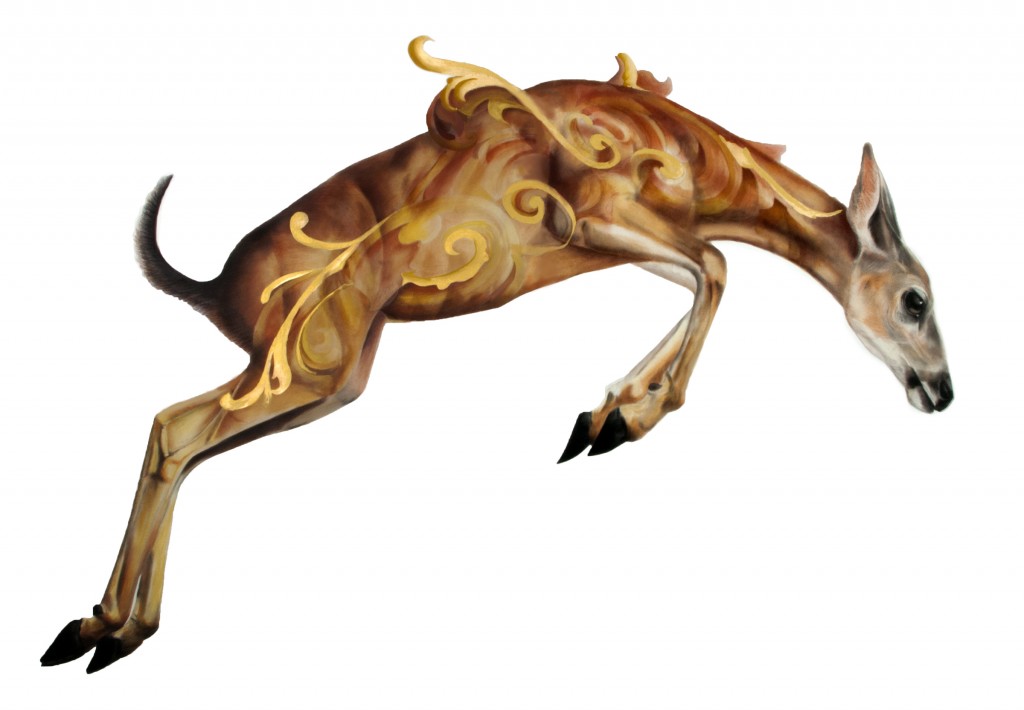 New Hampshire is packed with wildlife. It’s just that deer, bears and moose are too elusive to spot easily. But sure enough, your garden is gone in the morning or the bird feeder is upended — their transgressions can be frustrating. But who is really the transgressor? Humans and animals can end up sharing the same territory, making it a tough call. Gretchen Woodman of Nottingham tends to side with the animals, saying, “We are living in their world.” She started her studies in biology, but went back to art school, where she honed techniques to render wildlife in all their beauty and, maybe more importantly, their vulnerability.

Borrowing a technique often used in medical illustration, she first makes dust of graphite pencils, colored pencils and pastel sticks. She then uses a brush to “paint” the powder on a smooth papered surface, often building up to 20 layers. Yes, it is time-consuming, she says. But the effect of softness, extreme detail and subtle transitions is what she is looking to capture.

Woodman’s wry take on the battleground between people and nature is on exhibit at the Bowersock Gallery in Provincetown. In a series of smaller works, a deer may be rendered with a furniture leg instead of a hoof or a plumb bob is added to further the statement. In the work shown here, human influence — fancy woodwork designs — is superimposed upon a deer leaping to escape, but the beauty of the animal reigns supreme. Deer are her favorite subject. She loves their agility, grace and soulful eyes.

Woodman has a subset of work that focuses on the ephemeral aspect of wildlife, next revealed in an upcoming show at the Orlando Science Center. She is drawing large animals on translucent silk cloth set in motion with small fans. The aim is to offer the viewer a feeling for the fragility of life for wild animals.

Woodman has exhibited widely in group shows throughout the US. For the month of November, she is participating in a two-person show at the Wren Gallery in Bethlehem with 8-inch square drawings that are drawn to distill the magic of nature — its beauty, its intangibility. Also, find a portfolio of her work online via her website and Instagram. It’s always a thrill to spot wildlife, in the wild or captured on paper.

Beyond the Brush: Seacoast Artist Association