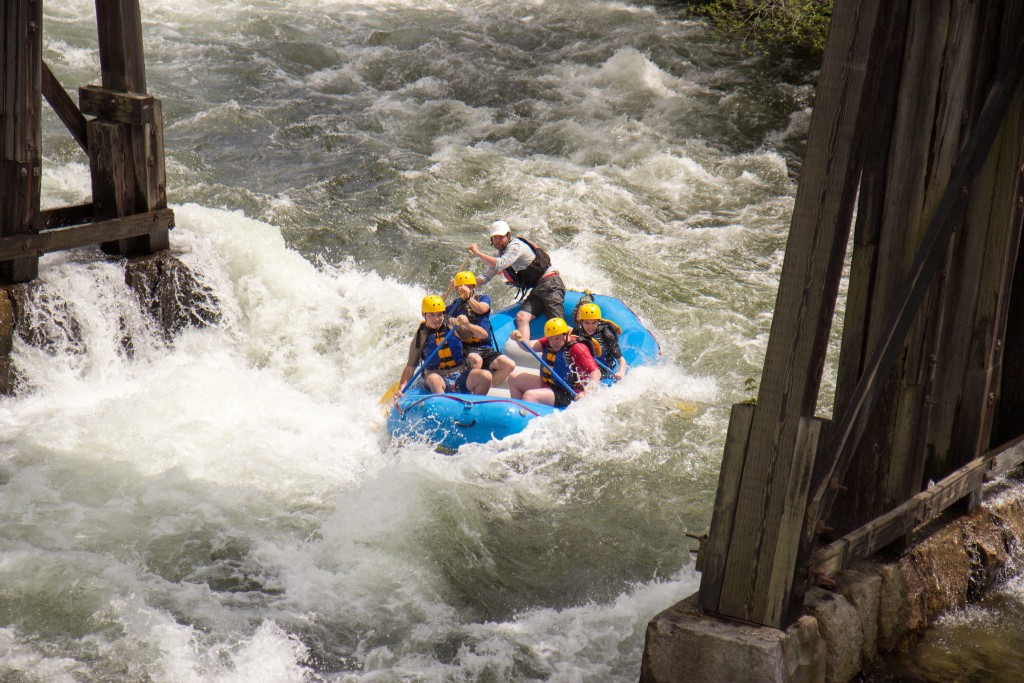 New Hampshire’s smallest city, Franklin exists thanks to one of the state’s shortest rivers. The Winnipesaukee River, in its 10½-mile length, flows from Lake Winnipesaukee through a series of lakes before beginning its fast-paced way to Franklin, where it meets the Pemigewasset to form the Merrimack River.

The Winnipesaukee’s significant drop just before that meeting point made it a prime location for mills, an opportunity soon seized upon. The first to harness the power of Franklin Falls were saw, grist and shingle mills, active by the 1770s, followed by woolen, pulp and hosiery mills.

The latter was to become the city’s primary manufacturing activity, producing hosiery using techniques developed by the Shakers. By the end of the 19th century, the mills were turning out 3,600 socks a day and employed nearly 100 workers.

Today, the long-empty mills are in the process of conversion to apartments and commercial uses, and the fast-moving Winnipesaukee River has a new role in Franklin’s economic future. Although it’s short, for white-water enthusiasts it’s one of the most exciting. From neighboring Tilton to Franklin, the river drops as much as 90 feet per mile.

The most challenging section is between Cross Mill Road and the Route 3 bridge in downtown Franklin, a favorite stretch for kayakers and where Outdoor New England (ONE) operates guided rafting trips. ONE promises a heart-pumping ride on New England’s only urban rafting experience, with Class II-IV rapids and massive waves. Rafting trips are year-round, with wetsuits, splash tops, and neoprene socks and gloves provided in the winter.

The success of this enterprise and his sports equipment shop on Central Street, which also rents standup paddle boards and kayaks, inspired owner Marty Parichand to envision New England’s first whitewater park alongside the rapids in downtown Franklin. The idea morphed into a community revitalization plan, designed to bring visitors to the city and re-energize the downtown area.

With the substantial boost of a $250,000 donation from Franklin Savings Bank and a N.H. Department of Transportation award of $512,000 to build a pedestrian walkway across the Trestle Bridge, the project was underway. Several features were completed in time for the 2021 summer season, with more opening this summer.

The Trestle Bridge is one of two historic rail bridges over the river, both visible from the Winnipesaukee River Trail. The other bridge, the Sulphite Railroad Bridge, is located less than a mile from Route 3. Locals call it the Upside-Down Covered Bridge because the rail bed is laid on top of the bridge roof. Unlike a road bridge, the roof is intended to shield the trusses below. Thought to be the only surviving bridge of this kind in the country, it is listed on the National Register of Historic Places.

It’s interesting to note another National Register site in Franklin, an Abenaki Stone Mortar found carved in a glacial rock. It is thought to have been used by the Abenaki and later by settlers to grind corn. It’s in a little park on Route 3 at Dearborn Street. 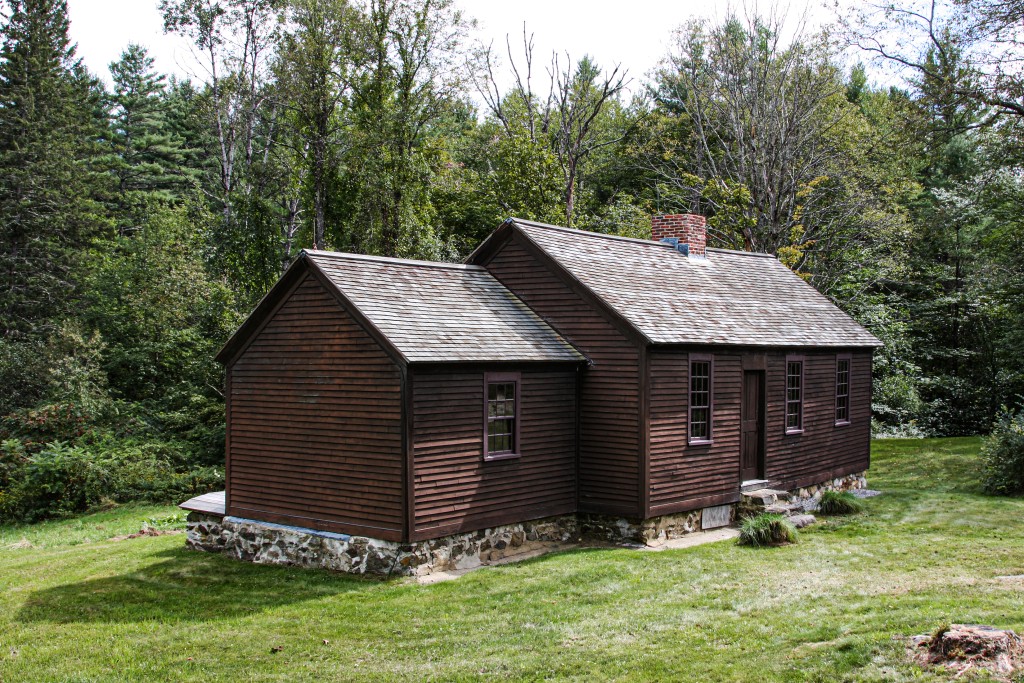 The birthplace of American lawyer and statesman Daniel Webster.

Opposite the Trestle Bridge, hard to miss alongside Route 3, is Trestle View Park, a favorite takeout for kayakers and the gateway to the Winnipesaukee River Trail. Decorating the park is a giant iron wheel from a former mill and Colby Morrill’s 22-foot-tall Kayak Man sculpture made of seven colorful kayaks. It was unveiled during the 2019 Winnipesaukee River Days.

Franklin has no shortage of parks. Before meeting the Pemigewasset, the Winnipesaukee forms a big loop in downtown Franklin, nearly encircling the large Odell Park. The impressive stone gateway to the park is approached through a maze of former mills, some now restored and repurposed, others not. Inside the park is a ball field, a large playground, a Victorian cottage and a gazebo overlooking the river. The shaded walkway around its perimeter is a good place for a riverside walk.

Outside the center, the town maintains two public beaches on Lake Webster, named for the town’s most famous native son, the distinguished statesman and orator, Daniel Webster.

Daniel’s father, Ebenezer Webster, in 1759 settled at the western edge of what’s now Franklin, then a part of Salisbury. Franklin’s first settlers had built a fort there 11 years earlier. Ebenezer was given the land as a reward for his service with Rogers’ Rangers in the French and Indian War.

The two-room cabin at the Daniel Webster Birthplace State Historic Site was reconstructed on its original foundation from portions of the original home that had been moved. For the details of this reconstruction — and questions about its authenticity — read Marshall Hudson’s fascinating article published here in March 2020.

The house gives a good picture of frontier life in the 1700s, when this was the outermost edge of European settlement south of Canada. Until a robbery this summer diminished the collection, the house was furnished with household implements of the era. Happily (although not for the thieves), most of those stolen were reproductions.

Daniel Webster’s 141-acre riverside farm on South Main Street, known as Elms Farm, became the New Hampshire Orphans Home in 1871 to house and educate children orphaned by the Civil War. After the orphanage closed in 1959, the buildings were neglected until they were listed as one of America’s most endangered historic places.

The Trust for Public Land stepped in, with the help of the New Hampshire Preservation Alliance, the Land and Community Heritage Investment Program and others, to preserve Daniel Webster’s family home and the historic buildings of the orphanage. Now restored, the 11 buildings house Webster Place, a nonprofit drug and alcohol treatment center, and the Webster Historical Society.