The series of Granite State genre fiction wraps up with book six, plus a review of a local audio book and podcast 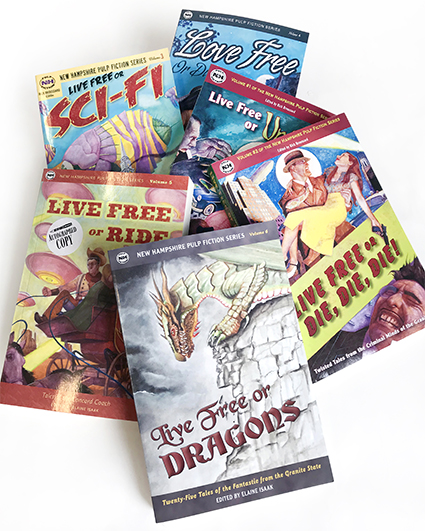 A decade in the making, the NH Pulp Fiction anthology series spans all the major pulp genres — horror, mystery, sci-fi, romance, westerns and fantasy — and each volume of short stories builds its worlds of imagination here among the familiar places, people and tropes of the Granite State.

The project was originally conceived by our own magazine editor, Rick Broussard, with local publisher George Geers of Concord’s Plaidswede Pubishing. The first volume, “Live Free or Undead,” appeared in bookstores about a year later. After producing two more books (“Live Free or Die, Die, Die!” and “Live Free or Sci-Fi”), Broussard handed over the reins to the able hands of Elaine Isaak, a prolific writer of romance and fantasy. She guided the series through its next three iterations, “Love Free or Die,” “Live Free or Ride,” and the final volume, just published, “Live Free or Dragons.” The last addition conjures up the wispy and surreal realm of fantasy upon the hardscape of the Granite State.

Along the way, dozens of writers have contributed, many earning their first publishing credits, while joining forces with successful and award-winning fiction authors like science fiction star James Patrick Kelly and mystery writer Brendan DuBois.

Geers says that his hopes in starting Plaidswede Publishing were to encourage local writers and provide as many as possible with the experience of seeing their words in an actual book. Now, 10 years later, it is mission accomplished, but the question arises — Is the series really done? “Good question,” says Geers. “The series has so many directions to go in.” And when it comes to monsters, mobsters, lovers and dragons, the stories never really end. 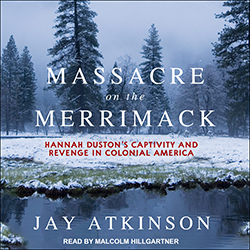 In the new audio book version of “Massacre on the Merrimack: Hannah Duston’s Captivity and Revenge in Colonial America” [Lyons Press/Tantor Media], narrator Malcolm Hillgartner brings a real sense of drama to a New Hampshire story that already crackles with energy. Author Jay Atkinson is always interested in the power of landscape, a preoccupation that’s reflected in our series “The Explorers.” (See the latest Explorers story by Atkinson and Joe Klementovich here.) Once lauded as a heroine, now viewed more skeptically, Hannah Duston is a true historical cypher whose saga takes shape in the vivid context that Atkinson provides. 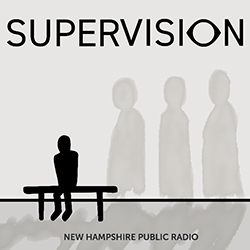 “Supervision” is a four-part podcast that takes a look at the challenging journey that follows incarceration, as former inmates try to navigate new lives. NHPR Reporter Emily Corwin began work on this story in the spring of 2017, interviewing Josh Lavenets while he was still incarcerated at the Northern New Hampshire Correctional Facility in Berlin. Through five months of immersive reporting, she witnessed his attempts to find a job, decide where to live, and face a sudden medical emergency. Ultimately, she also bears witness to how things turn out for him in unexpected ways.