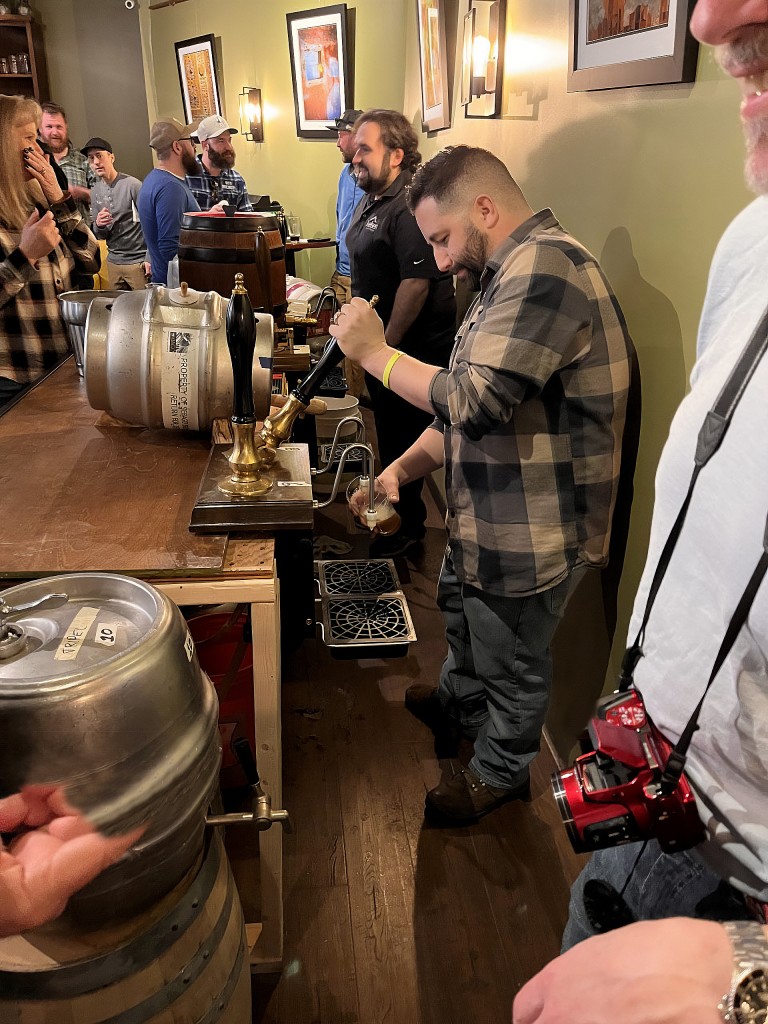 The annual Cask.On event at Cask & Vine in Derry has come and gone, but stop in soon to try traditional cask beer.

I volunteered to help with the annual Cask.On festival almost a year ago, when I was still very actively involved in the New Hampshire beer scene. I almost forgot about it until I got a reminder on my calendar. I reached out to Andy Day, the organizer and owner of the venue Cask & Vine in Derry, to confirm that he still needed some help, and blocked off the day. I got to Cask & Vine around nine in the morning, and I think I was the first volunteer to arrive. I talked shop with Andy briefly, then grabbed a broom and a dustpan, because the floors needed sweeping before folks showed up.

For those of you unfamiliar with cask beer, it is a traditional, old-school approach to cellaring and serving ale. Prior to the Industrial Revolution and the availability of cylinders of carbon dioxide, all beer was cask drawn. This means the carbonation was developed in the cask by live yeast, and there was less carbonation than standard modern beers. People often think of English beer when they think of casks, and often think of warm beer when they think of cask beer, but it is usually served around 55 degrees, or cellar temperature. It takes a lot of extra work and knowledge to serve beer this way. This is where Andy comes in. Andy organized the first cask event in the state over five years ago, and it has grown enormously since then. A few years ago, he won a scholarship to travel to England to learn from a few real-deal cask masters.

I was glad to be involved in this event.

About an hour after I arrived, representatives from the breweries started showing up, and there were a lot of brewers and owners among them. I’d kind of been out of the brewery loop since last year, and it was nice to reconnect with some old friends. We got the once-over on basic cask operation, the serving protocols to make sure nobody got over served, and then the doors opened and 70 eager souls walked into Cask.On.

The addition of a new dining room to the restaurant provided some extra elbow room for the patrons, and there was plenty of room to move around without feeling crowded.

The event grew from 19 casks in its first year, then under the moniker 300 Pints, to 36 casks this year. Five years in a row there were two sessions of 60 patrons each (70 this year), and each year they sold out the event. This year, the lines moved swiftly, there was plenty of room to sit down with friends to compare notes and the quality of selections was the best I have ever seen there. Some breweries did traditional English ales, but some folks did twists on contemporary core brands or totally new recipes. As the event continued, I was able to chat with Andy about the future. “Now that I am on the board of the New Hampshire Brewers Association, I am thinking about how do we help this event exist within the organization,” says Andy. “Do we move it to a bigger venue, or do it over several days, like the NERAX Cask Fest in Boston?” 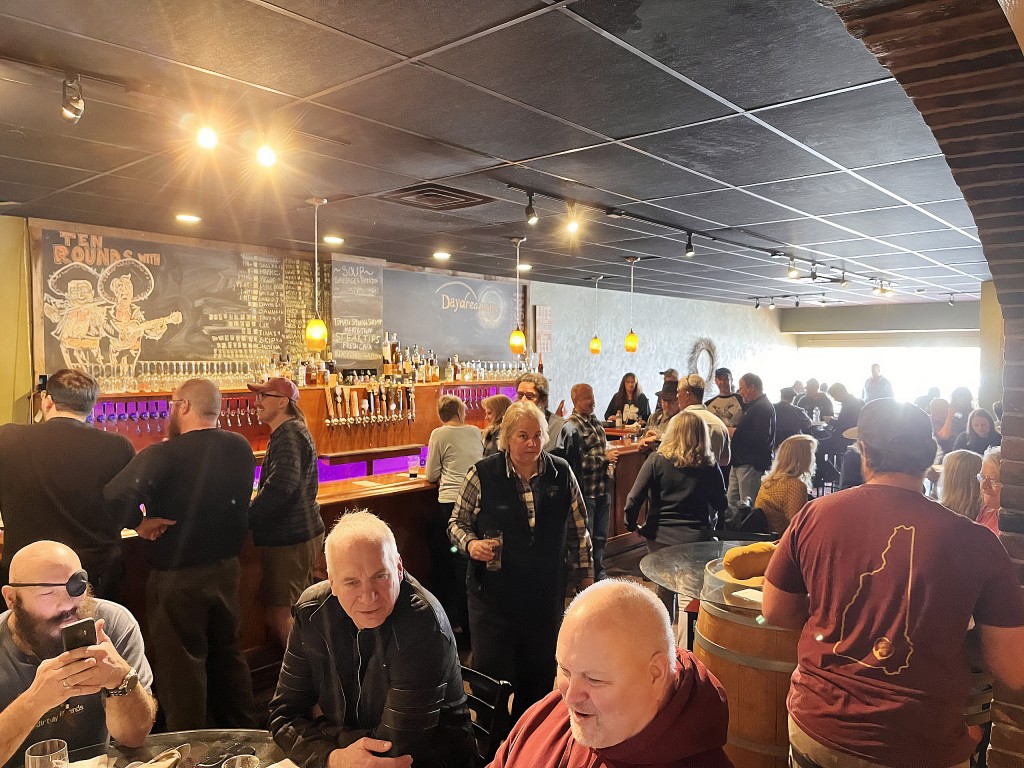 Stay tuned for details on next year’s Cask.On festival. In the meantime, Cask & Vine is adding two cask ale engines.

When asked what the biggest challenges are in putting on a festival like this, Andy said it came down to three main things: cooperage, or the availability of empty casks; logistics in getting potentially explosive containers of beer from all over New England to one place in a limited time frame; and education, teaching brewers how to package and cellar and serve cask ale. When I queried him about what has changed in the industry since his first cask event, Andy responded, “Awareness. The first few years, it was almost a sales pitch on my part. Now, folks know more about cask ale. Almost immediately 603 [Brewery & Beer Hall in Londonderry] and Throwback [Brewery in Portsmouth] and a few other influential brands were right on board.”

This year’s festival was more than proof of concept, it was proof of demand in the market. Cask & Vine is retrofitting their back bar with two cask ale engines, and by summer they should have two cask ales available for your drinking pleasure any time you visit. I will warn you — there is a distillery/winery/brewery also operated by Andy right next door (Doire Distilling/Daydreaming Brewing Co.), so give yourself some time. Until we meet again, at a bar or in my backyard, keep your glass full!

How Brewers and Beer Lovers Banded Together to Save Beer

Finding Community in the Chaos