Where to find delicious, homemade donuts in New Hampshire

It’s been said that the world runs on donuts. Actually, no one said that. But they should, because everyone loves donuts. Since we live in a region where you can score a glazed every 100 yards or so, the trick is finding the best. Real enthusiasts will go out of their way to unearth a treasure, and a little inside knowledge can lead to a sweet, satisfying reward.

Toward that end, your intrepid scribe gassed-up the mid-life-crisis-mobile and set out on a travelogue of avarice to find the finest donuts in the Granite State. Hand crafted. Bespoke. Small batch. If they’re fresh, they’re coming with me.

A few lessons learned on this pilgrimage:

Here are a half-dozen of the best donut shops in New Hampshire: 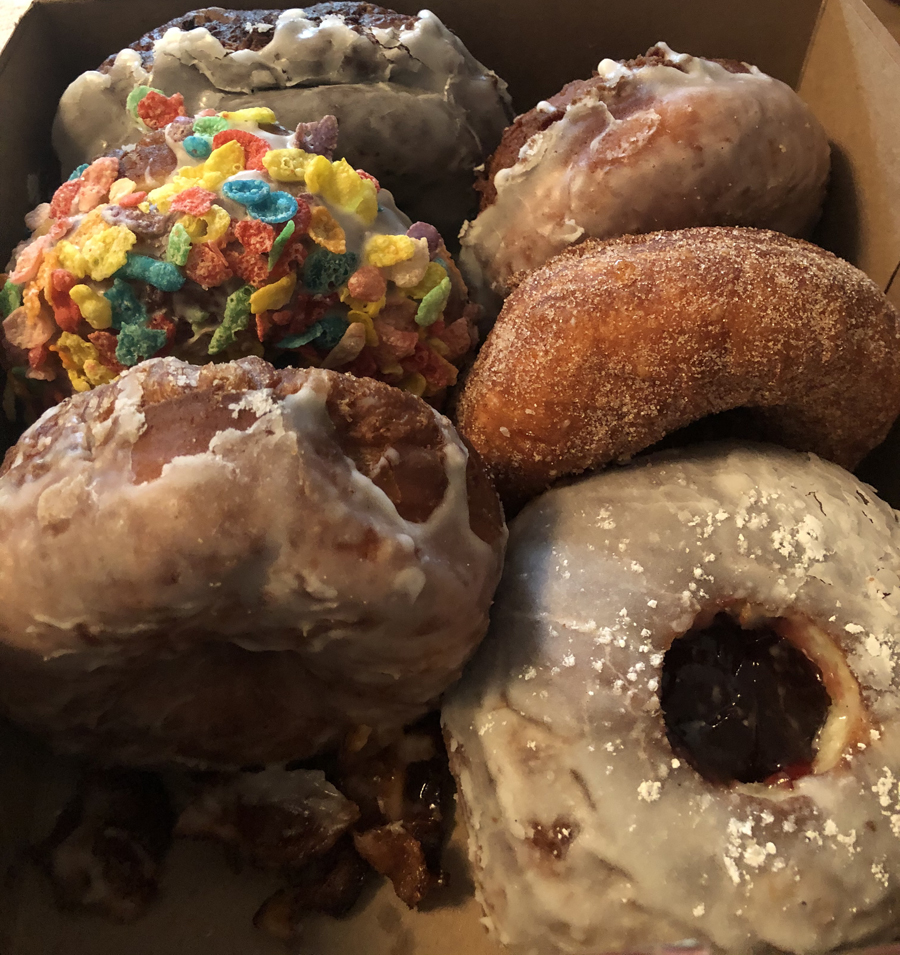 A box of awesome from The Angry Donut in Stratham.

The Angry Donut & Cafe
Don’t let the name fool you — there are some pretty happy bakers plying their trade in Stratham. There’s no other way to explain the utterly unique donuts at The Angry Donut & Cafe. Scratch-made, hand-cut and fried on-site daily, Angry Donuts are unlike any other. Founder Tom Quill — his official title is “Optimist” on his business card — uses brioche dough, which results in a lighter, airier, much more moist donut that has a bit of a pastry texture. Flavors include chocolate sea salt, maple bacon (bacon!), cinnamon sugar and raspberry jelly. The Fruity Pebbles donut is rolled in the cereal, and is guaranteed to transport those of a certain age back to breakfast in front of Uncle Gus.

So why Angry? “Every other place is ‘heavenly’ or ‘happy’ — we wanted to be different,” a baker who delivered a bright pink box to our car said — while smiling. The Angry Donut & Cafe also has a location in Newburyport, Mass.
157 Portsmouth Ave.
Stratham, NH
(603) 580-2591
theangrydonut.com 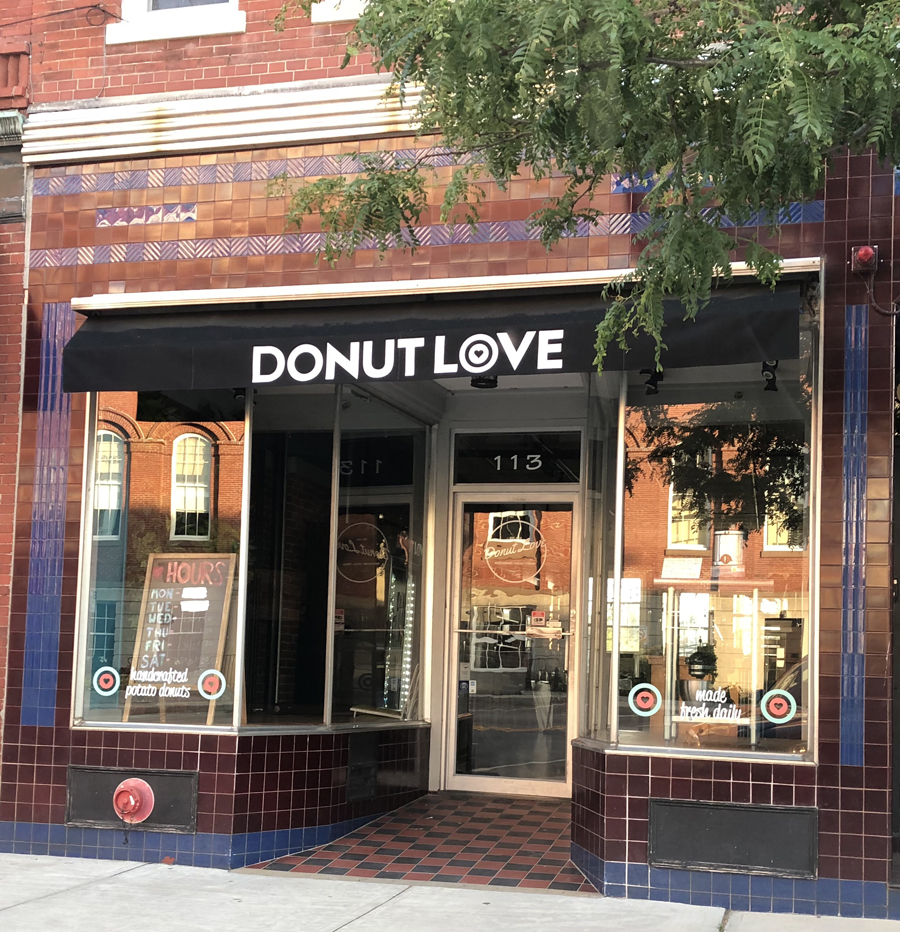 Donut Love
It’s the age-old dilemma: should I have mashed potatoes or a donut for breakfast? Luckily, the answer to this (completely made up and nonsensical) quandary is easy — go to Donut Love, because that’s where you’re going to get both. Potato donuts are typically a Maine creation, and Donut Love is the seacoast’s original potato donut destination. Founders Mike and Steph Oliveira hand-make these oversized beauties using mashed potatoes in the mix, resulting in a crunchy exterior, and a soft, cakey middle. Hand-cut, hand-glazed and hand-decorated donuts filled the bins in the downtown Exeter shop on the morning we stopped by, with bright yellows (lemon) and blues (birthday cake) among the most vibrant offerings. As it turns out, this standout shop is literally a labor of love. Oliveira, a former seacoast police officer, founded Donut Love as a tribute to his mother. Donut Love also has a location on Lafayette Road in North Hampton.
113 Water St.
Exeter, NH
donutlove603.com 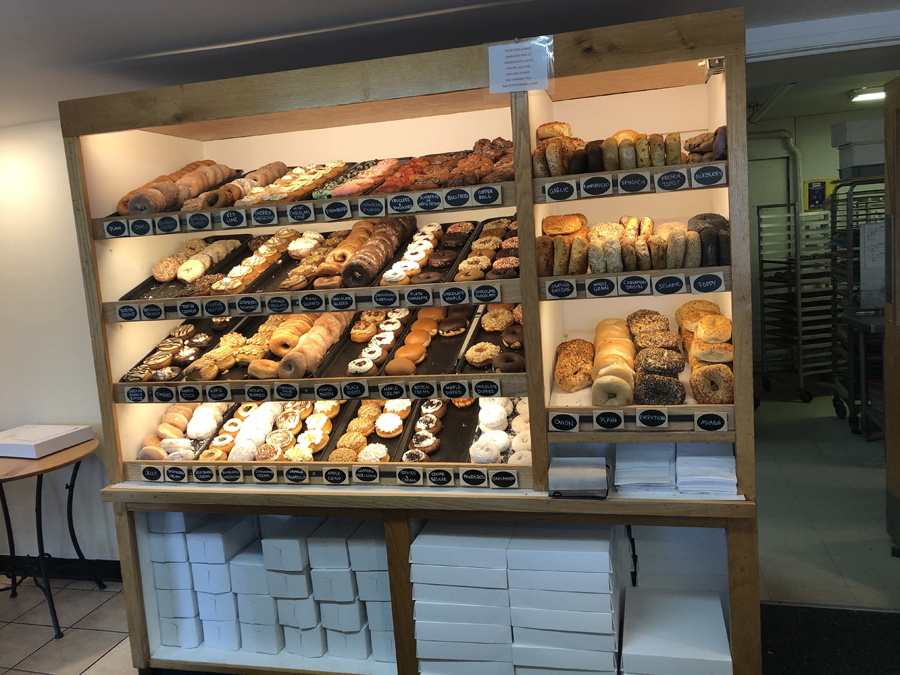 Find an impossibly amazing array of flavors at Stonehouse Baking Company in Barrington.

Stonehouse Baking Company
Owners David Peroff and Sherry Legere punch-in and start making as many as 140 dozen donuts in a single shift while most people are going to bed. When is it (as they say) time to make the donuts? Peroff typically rolls into this popular destination around midnight. Pass by this Route 125 shop after dark, and you’re likely to see the lights glowing from within, as scores of different varieties are prepped. In fact, that’s one of the irresistible draws to this comfortable café. If you can dream it up, it’s likely on the shelf. Downloading a donut order form serves two purposes: You can load up on plenty, and you can also get a look at the outrageous variety of flavors you’d never find at chain stores. To wit: blueberry cheesecake, chai, peanut butter, strawberry rhubarb, cookies & cream and Fluffernutter among many, many others. Choose from plain cake, chocolate cake, yeast rings, yeast shells and specialty donuts like blueberry fritter and bullfrog.
746 Calef Highway
Barrington, NH
(603) 664-2307
stonehousebaking.com 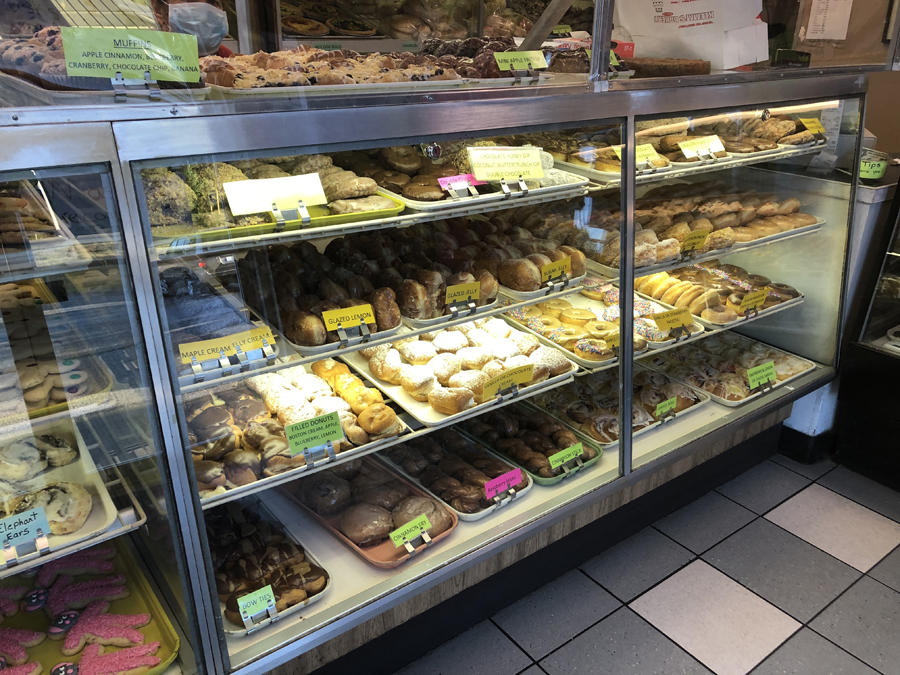 The dazzling bakery case at Klemm’s Bakery in Windham

Klemm’s Bakery
Step inside this Windham bakery and the first thing you’ll notice are the colors that burst from countless trays — greens, pinks, yellows — all atop an endless assortment of baked goods in the glass case that runs the length of the shop. Cakes, pies, danishes, tarts and pastries tempt, but we’re here for the donuts. Whisked into the case from the back, expect culinary creativity here: glazed lemon, blueberry filled, chocolate cream, maple, and the control in our ongoing experiment — the jelly donut. Klemm’s outstanding version of the old standby is rounder and plumper than most, but surprisingly light. Covered in a thick layer of glaze, this jelly bomb is fresh, soft and airy. Note: $10 minimum on credit card purchases, so if you’re not packing cash, be prepared to load up on a bag of these beauties.
29 Indian Rock Road
Windham, NH
(603) 437-8810
klemmsbakery.com 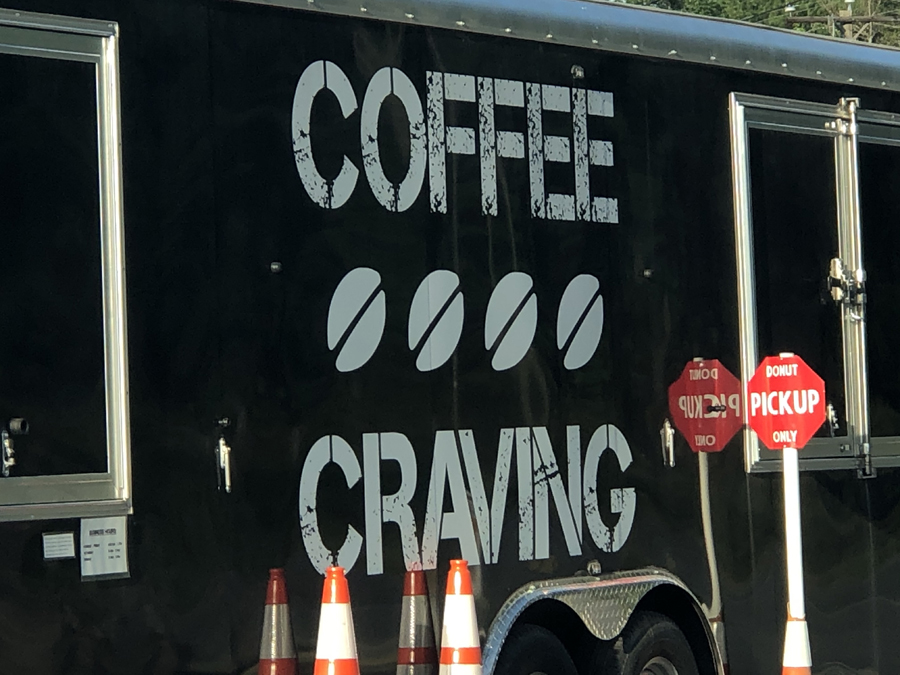 Coffee Craving
Don’t let Coffee Craving’s modest appearance fool you. Housed in a six-by-12 foot custom Homestead concession trailer on the side of Route 125 just south of the Lee Traffic Circle, the name and mission may be all about the bean, but the hot, fresh donuts passed to you from the service window make this mobile spot a worthy stop on your New Hampshire donut tour. The varieties and flavors are focused, making both the plain and cinnamon sugar flavors outstanding. Allow a few minutes prep time for your made-to-order treats, and you’ll discover the crunchy exterior gives way to a soft middle, which is, as advertised, hot. Look for the flags flying on the side of the road. Think of it as the sweetest semaphore and it’ll guide you in to this spot that locals flock to daily.
459 Calef Road
Lee, NH
(207) 242-9333 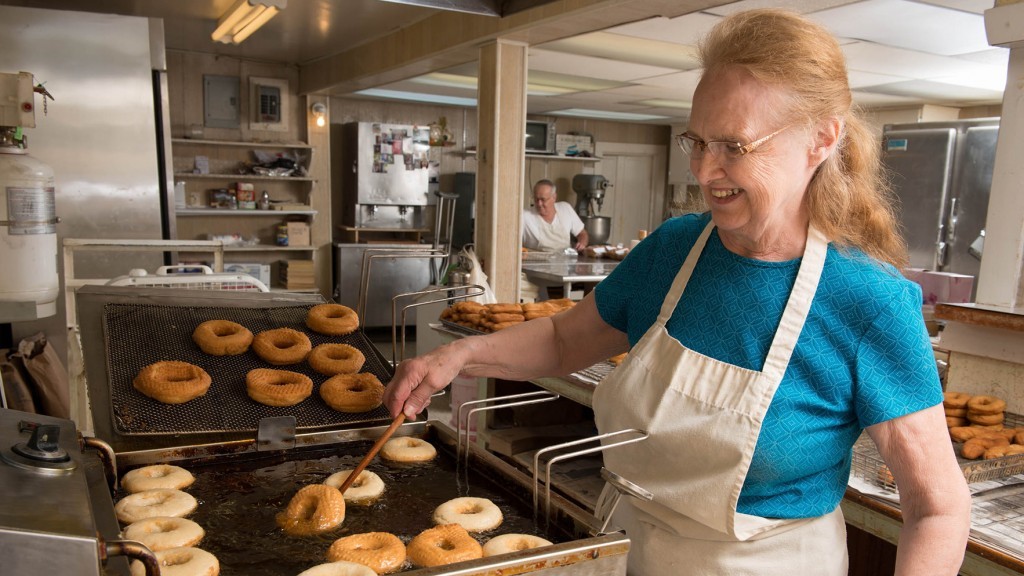 Muriel’s Donuts
A New Hampshire institution, the Great New Hampshire Donut Tour wouldn’t be complete without a stop at Muriel Maville’s 53-year-old shop, where you can indulge in handmade donuts right out of the kettle. Consistently landing on best-of lists, these melt-in-your-mouth donuts will transport you to a time before drive-through shops and chains made independent bakeries like this just a little less common.
20 West St.
Lebanon, NH
(603) 448-1508

Add these other great spots to your New Hampshire Donut Tour