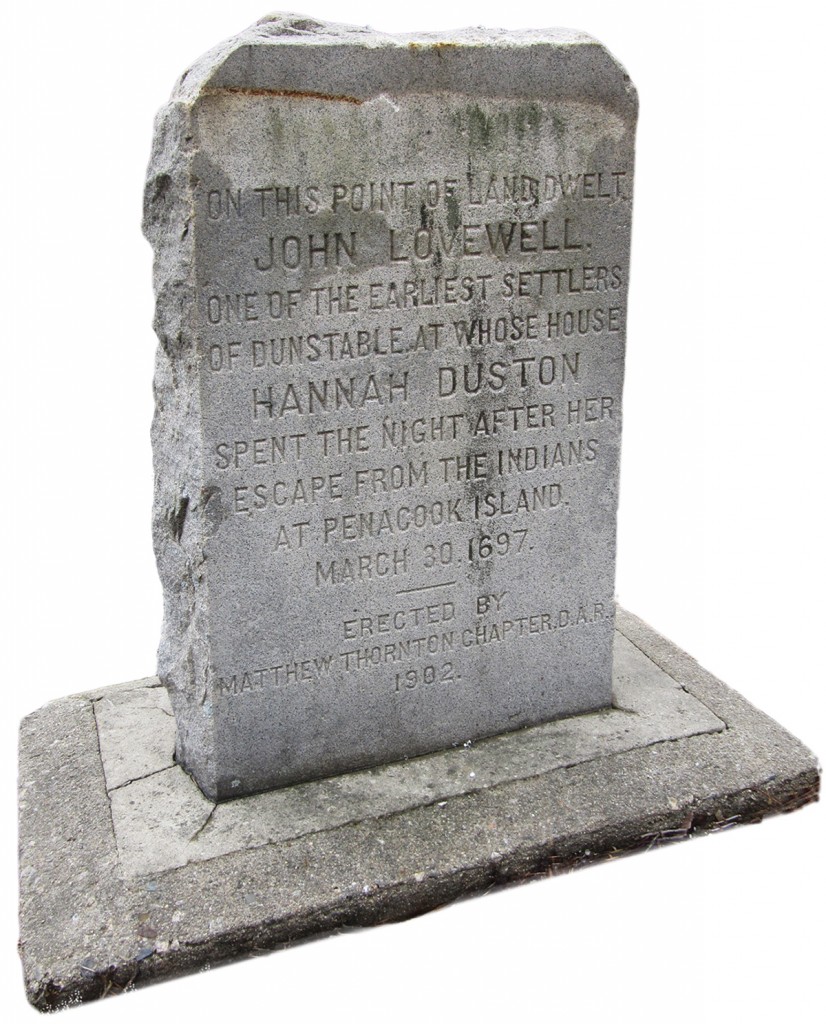 Some call her a hero — others have vilified her. Either way, Hannah Duston (some spell it Dustin instead) is the Granite State’s favorite axe murderer. Nearly 200 years after her death, her presence can still be felt along the Merrimack River.

Duston was born Hannah Emerson in 1657 in Haverhill, Mass. She married Thomas Duston when she was 20. The couple built a homestead near the Merrimack River in Haverhill. Over the next 20 years, Hannah gave birth to 12 children, eight of whom survived. Her youngest, Martha, was only two weeks old on March 16, 1697, when the homestead was attacked by Native Americans.

While Thomas galloped off to gather the rest of their children, Hannah, her two-week old daughter, Martha, and a midwife, Mary Neff, stayed in the home, and were captured. Since the baby was slowing the war party’s escape toward Canada, a warrior seized the infant and smashed its brains out on an apple tree.

On its retreat toward Canada the party slept overnight on an island in the Merrimack in Boscawen near the Contoocook River. Hannah, Neff and a teenager named Samuel Lennardson, who was captured a year and a half earlier near Worcester, Mass., then plotted their escape. 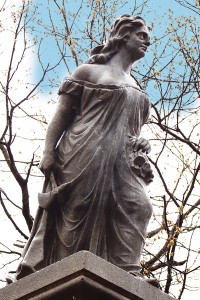 After killing 10 of their sleeping captors with a tomahawk and taking their scalps — they said they did it so there would be proof of their story — the trio returned south in a canoe. They traveled by night until they reached safety at the home of John Lovewell in Nashua.

Monuments to Duston now stand on the island in Boscawen, now called Duston’s Island, and at the former site of Lovewell’s home in Nashua. Another statue of Duston in Haverhill, Mass., is reputed to be the first statue erected to a woman in this country.

The Haverhill Historical Society still has a large collection of Dustonobilia, including what’s purported to be Hannah’s hatchet, the scalping knife, her teapot and buttons.