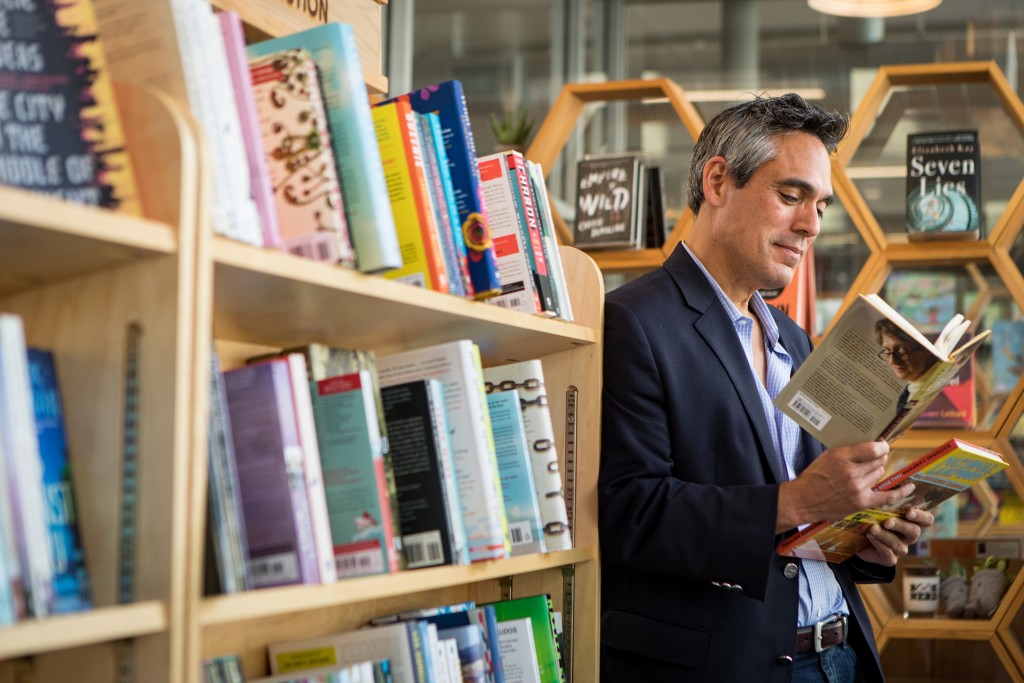 The Democratic National Convention had just ended, the Republican National Convention was about to begin, motorcycles roamed I-93 like apocalyptic iron horsemen as Bike Week roared into full swing in Laconia, scientists had just announced an asteroid would hit Earth the day before the presidential election, and the whole country was wearing masks months before Halloween (although some people still wouldn’t pull them up over their dang noses, which beyond the health implications, just looks gross).

I’d just gotten back to Manchester from a socially distanced hike up and down one of New Hampshire’s 4,000-footers with my four kids. Typically, they get along as well as any four kids of diverse ages and personalities forced to coexist in this very special episode of “The Real World” we call family. But on a long car ride after a long, hot hike, with serious issues under debate such as “If he touches me again can I defenestrate him?” one can almost imagine us as a microcosm of the country right now, hopelessly divided on matters of utmost consequence and desperately needing a cold drink and a long, hot shower.

After the kids received their sustenance and their sluicing and retreated to their respective rooms, I found my way to the hammock on the front porch with an advance copy of P.J. O’Rourke’s new book, “A Cry from the Far Middle: Dispatches from a Divided Land.”

For those whose politics lean left, O’Rourke is a political satirist who appears frequently on NPR’s “Wait Wait … Don’t Tell Me.” For those who lean right, he’s a political satirist who writes for the conservative magazine The Weekly Standard. For the moderates reading this, he’s written for all sorts of general interest magazines, including Car & Driver, Forbes, House & Garden and The Atlantic. He has the august pop culture credentials of having written for Rolling Stone (foreign affairs desk chief) and was the editor-in-chief of National Lampoon. He also collaborated on the screenplay for the 1983 Rodney Dangerfield movie “Easy Money.”

Which certainly illustrates that, while he’s a conservative, as a humorist and a satirist who isn’t afraid to point his pen at himself or his own ideals, he’s got appeal across the aisle and a certain immunity to pigeonholing.

O’Rourke lives in New Hampshire, which is why I ended up with a review copy of “A Cry from the Far Middle” at that near perfect moment, cocooned in a hammock, wedged between two political conventions in one of the strangest years we’ve ever lived through. We could all use a little humor right now, and if that humor happens to come in the form of cutting-but-somehow-affectionate, a-pox-on-both-their-houses political satire, well, apropos.

The book is built of essays about the foibles of our culture and politics, but O’Rourke acknowledges in the “Pre-Preface” that since it wasn’t until the book was being edited and typeset that the novel coronavirus and subsequent social and political upheaval of 2020 commenced, the book “looks back on an era of troubles that, in retrospect, seem to have been the good old days.”

So, in some ways, all the essays that follow, containing as they do, no references to the coronavirus or the racial tensions and cries for justice that were illuminated in its wake, provide that same sense of disconcertion as watching a television show made pre-virus where nobody is wearing masks and everyone is kissing each other on the cheeks at parties (though I’ve never actually been to a party where people kiss each other on the cheeks).

But of course, the challenges facing the American body politic pre-pandemic remain, in particular the sense of polarization and division. And it’s this ever-more-relevant clash that O’Rourke returns to again and again, starting with his “Manifesto for Extreme Moderation” aimed at the growing ranks who believe they know exactly what America needs.

The catch-22, of course, is that offering a solution puts one into the same category as all the rest of the folks with strong opinions about what the country needs. “We’d be better off, in my opinion,” O’Rourke opines, “without so many opinions. Especially without so many political opinions. Including my own.”

Nevertheless, a proposal must be offered, despite the inherent contradictions: “The extreme moderates’ non-negotiable demand? Negotiation. We won’t compromise until we see some compromising.”

The thesis throughout is that the more complex and unprecedented life gets, the more people in the public sphere insist their positions are unquestionably correct — and that anyone with an alternate proposal is working from bad faith. Or, as O’Rourke puts it, “Everything is much more wrong than it ever was, and we are much more right about it. We’re all mad at each other and incensed that others are furious with us.”

Technology isn’t helping: “Social media polarizes our politics by allowing us all — no matter how wrong we are about a political issue — to find a large, enthusiastic group of people who are even wronger.”

O’Rourke illustrates with a literary timeline: “When words had to be carved in stone, we got the Ten Commandments. When we needed to make our own ink and chase a goose around the yard to obtain a quill, we got William Shakespeare. When the fountain pen was invented, we got Henry James. When the typewriter came along, we got Jack Kerouac. And with the advent of the smartphone keypad, we got Donald Trump on Twitter.”

So what to do about all this? O’Rourke turns to the Founding Fathers for some sage advice. (And it’s notable, the comedy in these essays, like much of O’Rourke’s work, is often underpinned by extensively footnoted history and data … there is no small risk of learning something while reading, despite one’s best intentions.)

He provides Washington’s Farewell Address (mostly written by Alexander Hamilton) as a prime example of how the dangers posed by unchecked partisanism remain as relevant today as they did at the founding of the country (or vice versa). I in turn provide them to you, as they are both timely words to consider as we enter a particularly divisive election season, and an excellent lesson to go inflict on the kids after I manage to unroll myself from this hammock.

Washington said, “The alternate domination of one faction over another, sharpened by the spirit of revenge, natural to party dissension … has perpetrated the most horrid enormities [and] is itself a frightful despotism. […] the common and continual mischiefs of the spirit of party are sufficient to make it the interest and duty of a wise people to discourage and restrain it. […]
not a fire to be quenched, it demands a uniform vigilance to prevent its bursting into flame, lest instead of warming, it should consume.” 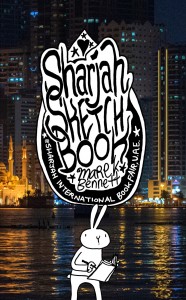 A celebrated New Hampshire graphic storyteller (i.e., cartoonist) posing as a cartoon rabbit shares his experiences at the 2019 International Book Fair in Sharjah, United Arab Emirates. Through simple line drawings and the occasional “cartoon jam” with other artists in attendance, Bennett bestows readers with the feeling they were actually there amid the organized multicultural chaos of the Sharjah fair. marekbennett.com, $10 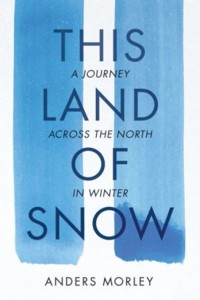 This Land of Snow: A Journey Across the North in Winter
by Anders Morley

This first book from one of New Hampshire Magazine’s favorite writers is sure to fascinate anyone with a love for the vast frontiers and curious folk of the North. Morley, a native of New Hampshire who splits his time between Bergamo, Italy, and Littleton, writes vividly and meditatively about his solo trip during winter across Canada on skis. Mountaineers Books, $19.95 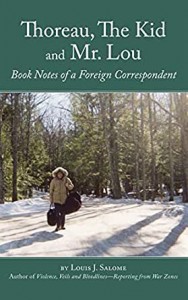 Lou Salome lived for a year in the New Hampshire woods where he wrote “Violence, Veils and Bloodlines: Reporting from War Zones.” He kept a daily journal detailing his life in the woods, a year when dreams, notebooks, a card game called cribbage, baseball and the natural world played vital roles in helping to banish his demons. Those thick journals are the main, but not only, source of this remarkable book on the transformative powers of words and memory. Great Life Press, $16 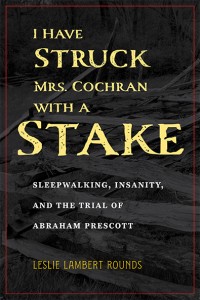 I Have Struck Mrs. Cochran with a Stake: Sleepwalking, Insanity, and the Trial of Abraham Prescott
by Leslie Lambert Rounds

After creeping out of bed on a frigid New Hampshire night in 1832, teenage farmhand Abraham Prescott took up an ax and thrashed his sleeping employers to the brink of death. He later explained that he’d attacked Sally and Chauncey Cochran in his sleep. The Cochrans recovered and, to everyone’s great astonishment, kept Prescott on, accepting his strange story — a decision that would come back to haunt them. Rounds’ reconstruction of the crime raises important questions about privilege, societal discrimination against the mentally ill, and the unfortunate secondary role of women in history. Kent State University Press, $24.95 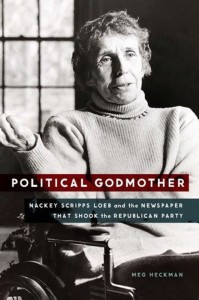 The lengthy subtitle says a lot about Heckman’s book, but this exhaustively researched and brightly written look at the power of the press is both timely and timeless. Nackey Loeb’s influence extended far beyond the 1,000+ front-page editorials she wrote for Manchester’s Union Leader newspaper over the length of her fascinating career. This book establishes her role in shaping
our state and nation. Potomac Books, $29.95 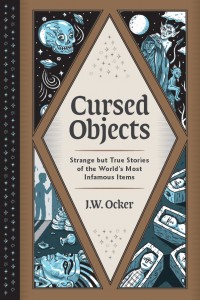 Cursed Objects: Strange but True Stories of the World’s Most Infamous Items
by J.W. Ocker

The Granite State and New England, both dense with weird landmarks and icons, are often the focus of the perusals of J.W. Ocker — and we’re all better off (if slightly more creeped out) as a result. Here, with the whole world as his three-eyed oyster, Ocker is having more fun than is legal in some countries. Anyone who shares a smidge of his passion for the peculiar will want to buy a copy for themselves and one to give away. But you should know that, as an expert, on cursed objects (like the infamous Hope diamond), Ocker considers his own book to be one. Quirk Books, $19.99 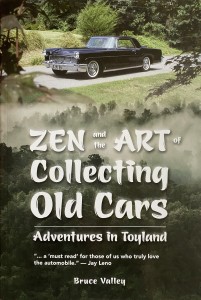 Zen and the Art of Collecting Old Cars: Adventures in Toyland
by Bruce Valley

The cover quote by fellow old car fanatic Jay Leno speaks volumes about this well-illustrated and rhapsodic love letter from a local guy to the automobiles that have revved our engines over the years. Great Life Press, $25

A short list of other P.J. O’Rourke books worth the read …