Brewing Beer is a Labor of Love 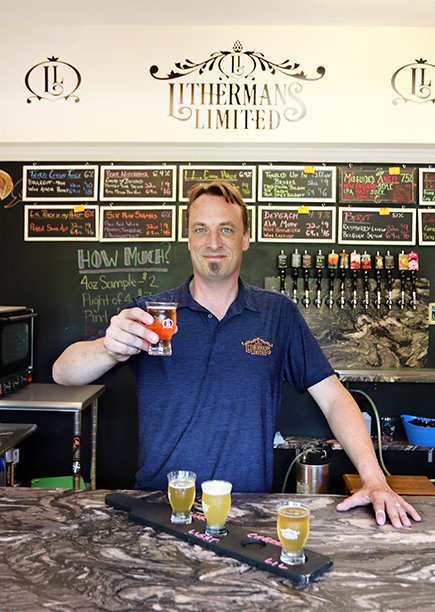 When people find out that I co-own a brewery, one of the most frequent responses is, “Do you do this full time?”

The question in itself is not as offensive as it may seem — many entrepreneurs maintain day gigs to pay the rent, some for decades. And beer is just … beer. Could a start-up boutique brewery support two families and still avoid cutting corners?

The unique small brewery legislation in New Hampshire has lowered the barrier to entry for small brewers in several critical ways, allowing tasting room on-premise sales and direct wholesale distribution. These allowances have created a brewery climate quite different from our northern New England neighbors, with their more mature beer scenes but tougher laws. It has also made the Granite State quite different from the rest of the country. One of the results is a proliferation of New Hampshire brewery owners who have a dreaded Day Job.

All of this brings us back to the original question, “Do you do this full time?”

Yes. From before day one, before we had a lease or a line of credit or a ledger with a plus sign, yes. If “full time” means the standard American 40 hours a week, undoubtedly. Just searching for commercial property in a market with 93-percent occupancy was almost 40 hours a week. Both my partner, Doc Jones, and I had demanding business-to-business sales jobs, and by the second month of looking, we were like the stereotypical husband and wife house-hunting. I would say, “It doesn’t have a pool!” He would say, “We don’t need a pool!” I would say, “You told me we could have a pool!”

This continued for 45 locations and four months.

When we found the location that had the angelic choir playing in the background, with a floor drain, 20-foot-plus ceilings, ample parking day or night, and the most tenant-friendly landlord a business could ask for, we jumped. I can’t say we never looked back, but when we looked back, it was with appreciation.

Fast-forward through the lease and lending paperwork, and we settled in to fit-up. “Fit-up” is a commercial construction term, meaning renovations and upgrades to achieve required conditions, usually performed by professional folks who only do fit-up work. Our fit-up usually began at 6 or 7 p.m., and started after our day jobs ended. The first order of business was cleaning. Eighty percent of brewing is cleaning, so this was a fitting introduction to our commercial endeavor. Our landlord owns a scissor-lift, which made accessing the tall ceilings possible. After several 10-plus-hour evenings of cleaning dusty beams 20 feet in the air, we discussed using the scissor-lift and the dusting appendage for sort of a new jousting. When I say we discussed it, it is safe to say that it wasn’t tabled in our discussion. 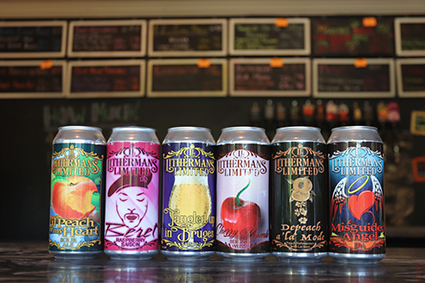 Love of music informs the beer names at Lithermans Limited — all of the names pay homage to various song titles and artists. The unique labels are created by local artist Steve Lee. Photo by Emily Heidt

There were many misadventures between the scissor-lift jousting and today. There were even a few victories. The first real victory came when Doc had the opportunity for early parole from his job, with a smile. He took the chance. That was almost 18 months ago. I kept my day job. This arrangement necessitated his managing day-to-day manufacturing and processing (brewing and cellaring), and my managing wholesale operations and retail. At that time, wholesale meant a few kegs a week and boxes and boxes of 22 oz. bottles to specialty bottle shops and co-ops. At that time, retail meant 11 hours a week of running a tasting room that served only 4 oz. samples and poorly merchandised 22 oz. bottles to go. Then the package market changed, and on-premise sales became more attractive, but those are the subjects of other pieces.

Things progressed. If our original 42-month timeline had been compressed down to 18 months, that is how things progressed. Each time we thought we had hit a capacity ceiling, we challenged ourselves and how much we could carry. Three barrels (1 barrel =1 BBL=31 gal) every other week became three barrels every week. Soon, we were brewing 3 BBL twice a week. By the time we had maxed out our original system, we were doing two double brew days (3 BBL followed by 3 BBL) in a row to almost fill one 15 BBL tank every week.

This is when I had to reconsider my day job. This might be called our second victory.

I really enjoyed my career in business-to-business construction sales. More than half of my customers hugged me at the end of our routine meetings. I made my own schedule. My compensation was tied directly to my performance, by my design. I really only answered to the bottom line. My boss gave me more than enough rope with which to hang myself. I utilized said rope to such an end on several occasions. The job was like a suit, custom-tailored for me. Bespoke. 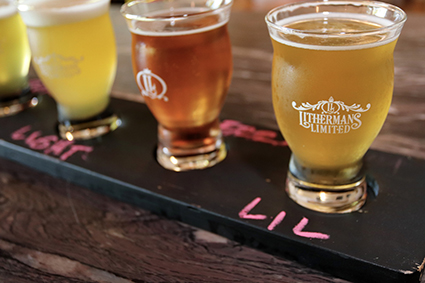 It was, however, a suit I no longer liked wearing. It was heavy.

After over 15 years of over 50 thousand miles a year, selling someone else’s widget, it was time to sell my own stuff.

I quit. It wasn’t pretty, in that it was unexpected. But it was graceful. It was the answer to our motto, “How much can you carry?” Its answer was, “One less thing in order to carry many more things.” It was a fortune cookie fortune.

In the three months since I stopped chasing two rabbits, I have learned one thing: I can always carry a little more, each time, but it is often unnecessary. Part of the glory of consolidating goals is in realizing that you may already be achieving them. We are just about at capacity at the brewery based on current infrastructure, and our existent accounts always want more beer than they did last week. In the last 12 weeks, we have hired two amazing ladies to assist on the bar, and another as assistant brewer. Occasionally, one of us even gets a day off.

But returning to the original question, “Do you do this full time?” The answer is unequivocally, “Yes!” Because I don’t care to track the hours beyond 40. Because I do what I do as a natural extension of who I am. Because I opened a brewery.

Michael Hauptly-Pierce is a co-founder of Lithermans Limited in Concord and an avid ranter. He also co-hosts “The Tap Handle Show,” a podcast all about beer, where racier rants abound. Learn more at lithermans.beer and thetaphandleshow.com.