Witness a unqiue arts mashup of opera and circus performers, go hear a local band, view world-class art or attend live theatre — this list of winners in the cure for boredom. 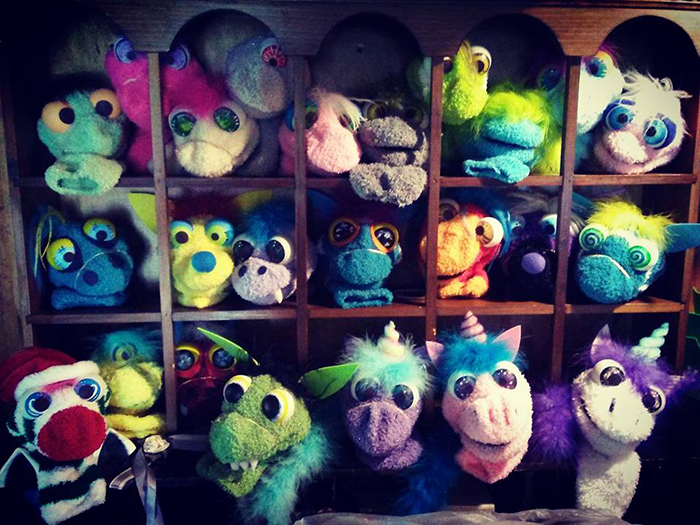 Band Leader: We named Conway’s “Cold River Radio Show” as a Best of NH Editor’s Pick a couple of years ago and since then have gotten to know the show’s suave and multitalented leader, Jonathan Sarty. Turns out he’s a singer/songwriter who also founded the roots/country White Mountain Boys and the Jonathan Sarty Band playing classic covers. He still keeps Cold River hot by attracting the best local, regional and national talent — all while conducting the eclectic mix and crooning the music of artists ranging from Sinatra and Cole to Presley and Cash.

Creative Collective: Weary of Portsmouth’s commercial art scene and seeking an independent space to express themselves, a group of Seacoast creatives formed Sue’s Space — a “member-run creative performance space” in Rollinsford’s Salmon Falls Mills. They manage 15 studio spaces where local artists work in mediums ranging from loom weaving to painting, animation and carving. They also offer a literal underground performance space where visitors can see a touring band or cult movie screening, and even participate in yoga classes, drag shows,or comedy open-mic nights — provided they can find the place first. (Search for 3 Front St., B789, in Rollinsford.) Sue’s currently has regular events every night of the week.

Cultural Mashup: We’ve written a lot about the partnership between Lebanon’s Opera North and its partnership with Blow-Me-Down Farm, a property belonging to the National Park Service as an annex to the glorious Augustus Saint-Gaudens’ National Historical Park in Cornish. See our story from the February issue for details. But we’re proud to give the project one more stamp of approval. In a nutshell, Opera North plans to renovate the Blow-Me-Down property and take advantage of its spectacular views to stage outdoor festivals of music and art. In the process they hope to revive one of the country’s oldest and most esteemed artist groups — the Cornish Colony. Their first attempt, under a big tent and overlooking the Connecticut River, was “Singers and Swingers” last July, in which professional opera and circus arts were combined to delightful contrasts and comparisons, leaving the audience dazzled. That worked so well, they have a similar mash-up between Opera North and Big Apple Circus planned for this month (July) with their “Hoedown at Blow-Me-Down,” but by all reports, this is just the beginning of something big, beautiful and enduring.

Experimental Theatre: Theatre probably began when a Stone Age ancestor began acting out moments of the mammoth hunt by the cave fire. Since then, it’s been one long experiment in how to use people and props to tell stories, move hearts and change minds. The most fascinating experimental theatre in NH is the Firelight Theatre Workshop in Peterborough. They keep the flames of creativity hot with “innovative and immersive professional theatre” at affordable rates in traditional and alternative spaces both locally and on tour. For a new and different look at stagecraft, step into the Firelight.

Film Club: A lot has happened in film in the last 50 years leading up to modern icons like Tarantino and Pixar. And a lot happened in the 50 years before that, going back to the Lumière brothers and the creation of cinema in the late 19th century. So if you love movies, there’s a lot to love, but where do you share that love with other, like-minded film fans? You might say, “At the movies, of course,” but folks tend to wander off once the lights come up. Not at The Film Club at “The Loft” screening room of The Music Hall in Portsmouth. Here, the greatest and most notorious films of all time (plus a few oddball favorites) are viewed and discussed by fans and experts alike. The series is hosted by award-winning film critic Trevor Bartlett, who really knows the behind-the-screen stories.

NH Super Group: Pittsfield may be a million miles (give or take) from Motown, but it has its own music factory. Rocking Horse Studio under the leadership of producer/musician Brian Coombes has been cultivating a fine-feathered flock of the finest artists in the state, all in his state-of-the-art recording studio set in the rolling hills outside town. There he has nurtured talent that has gone on to national success (and much that deserves such fame). The Rocking Horse Music Club is his venue for the best voices and most accomplished musicianship he’s collected along the way, and he has taken that show on the road, even successfully touring the UK where they debuted a hit single in the making titled “Everywhere is Home.” The band’s first album, “Every Change of Seasons,” is a perfect showcase for the band and one of the best recordings to come out of New Hampshire in the past year.

“New” Theatre Company: The Granite State is rightly renowned for its devotion to live theatre — two of the oldest professional companies in the country still operate here and virtually every town has its own community theatre group, but usually the plays are tried and true classics produced to put butts in seats. That’s where Manchester’s Cue Zero Theatre Company takes its cue by emphasizing new productions and new approaches to theatre and by casting fresh, promising talent. The company produced its first show, “Project Zero: A Night of Original One Acts,” in July of 2014. The devotion continues, as their Facebook page notes: “Every Cue Zero show will have some element of ‘new’ or ‘first time’ to it,” furthering their mission to cultivate and showcase new works, young directors/designers and rising actors.”

Puppet Slam: You have to think way outside the box to be a modern puppeteer. In fact, why not just make the box into another puppet? To see creativity in its most agile and tactile expressions, check out the second annual Granite State Puppet Slam (dubbed the GS Puppet Invasion!) on Oct. 25-27 at the Hatbox Theatre in Concord. Organized and directed by members of Weare’s Fantastical Puppetarium, the first slam last year drew big adult crowds eager to see puppetry not aimed at the kiddos. This year will be even more fantastic and the group is hoping to create a NH Puppetry Guild to promote the art form in our state.

Voice: Auditions for ABC’s “American Idol” singing contest can number as high as 10,000 per major city, so when someone from NH makes the cut, you know they must be remarkable. Claremont’s Evelyn Cormier is the latest to earn a starring role on the show, and though she was eliminated when the top 14 contestants were thinned by viewers, it was not before Idol judge Katy Perry declared she had “one of my favorite voices I’ve ever heard in my life.” If you missed the show, Cormier has been recording for a while and her music, including her new single, “Yard Sale Guitar,” can be found on her website, evelyncormier.com. (True fans might also want to buy a lovely Evelyn Cormier T-shirt.) After leaving the Idol quest, Cormier agreed to perform for us and the rest of her fans at this year’s Best of NH Party.