Welcome to the Best of NH

Since 2000, New Hampshire Magazine has polled and published the picks of its readers and editors in categories that range from best cupcakes to best martini to best antiques shop and everything in between.

Voting in these categories takes place each year, starting in mid-January. Our online-only ballot is the best way for readers and customers to recognize the best of the best that the Granite State has to offer.

Our annual Readers’ Poll and extensive list of Editor’s Picks all lead up to the state’s biggest celebration, The Best of NH Party, which is held annually each summer.

Best of NH This and That

Here are our editors' picks that don't fit perfectly into any category, but are definitely things you should know about!

Whether you're in the mood for retail therapy, need to find a dog walker or want to try out a new yoga studio, this list is here to help.

Not everything fits neatly into a category, but that doesn't mean you should pass up these winners, including the state's favorite new restaurant, artisan cheese, outdoor dining, gluten-free options and more.

Where to enjoy an evening at the ballet, under the stars at an outdoor concert, at a jazz club and much more.

Where to enjoy a leisurely brunch or take a mid-afternoon break, plus where to find the best cuts of meat for the grill, classy catering and much more.

Comforting mac and cheese, the highest quality steak and overflowing lobster rolls — here's where to find all your favorite foods.

Cruffins, cupcakes and cotton candy — oh, my! Where to indulge your sweet tooth, from baked goods to ice cream, plus coffee for washing it all down.

Our readers' picks for favorite restaurant in every region of the state, plus discover the overall statewide winner.

There's no passport required to sample cuisines from around the world. In fact, you can stay right here in New Hampshire.

THANK YOU FOR ATTENDING THIS YEAR’S EVENT!

You’re invited to an outdoor cocktail party that celebrates all the best the state has to offer — great food, drink, art, culture, history, tours and music. This year’s party will feature the mind-bending prestidigitation of Andrew Pinard and the irresistible rhymes and bodacious beats of Fee and the Evolutionists (back by popular demand!)

Partygoers are invited to arrive early beginning at 4:30 for a complimentary guided tour of Canterbury Shaker Village. Additionally, guests are welcome to explore Wilderness: Light Sizzles Around Me, an exhibit by Leslie Dill.

2022 Best of NH winner Celebrations Catering has come up with a food stations menu that’s sure to please everyone!

All attendees received a swag bag with samplings, coupons and offers from some of this year’s Best of NH winners. 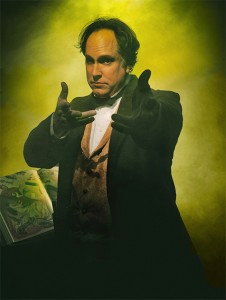 Andrew Pinard is not a real sorcerer, but he plays one so convincingly, you might feel a real shiver run up your spine as he summons ghosts, materializes objects and vetoes the everyday rules of reality. Andrew, of Absolutely Magic in Bradford, is renowned and respected among both his fans and his peers, performing stage and close-up magic that delights and astounds.

Andrew Pinard has been a full-time performer and theatre artist for over twenty-five years. He has presented thousands of performances throughout the northeastern United States as well as internationally in Montreal, London, Switzerland, Germany and Italy. Andrew has been recognized by his peers as one of the finest close-up performers throughout the Northeast and took the top honors in the 18th Annual New England Magic Competition. 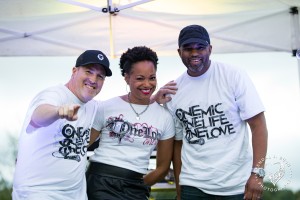 When you think of the golden age of hip hop you think of conscious rhymes, good vibes and crowd participation.  That’s what New Hampshire musician Fee the Evolutionist is all about, bringing together the familiar sounds of soul and classic hip hop with a fresh new approach.

A New Hampshire native, Fee has been part of hip hop projects as a writer, musician and emcee working with some of the best musicians in the New England area.  He has had songs placed in movies and TV such as HBO, Amazon Prime and the NBA. 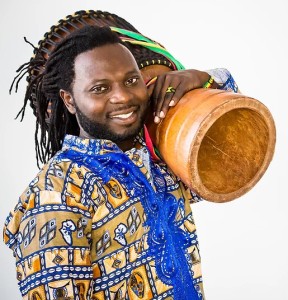 Theo Marty is a multi-talented artist who was born and raised in Accra, Ghana, West Africa. Theo is a drummer, dancer, songwriter, recording artist, producer, performer and teaching artist.

In 2019, Theo was the recipient of the 2019 Governor’s Arts Award for Arts Education and he was featured on New Hampshire Magazine’s 2019 It list.

Most recently, Theo was featured on the cover of the January-February 2022 issue of New Hampshire Magazine and written about in the feature story “Instruments of Peace.” Additionally, Theo was named the New Hampshire Artist Laureate for 2022-2024.

The Mt. Washington Valley offers endless outdoor fun  at any time of year. In the winter months, Bretton Woods, Wildcat, and Cranmore alpine resorts are only 30 minutes from the Grand Summit, in addition to world-class X-C skiing facilities, guided snowmobiling, snowshoeing, tubing, and skating. The summer and fall seasons attract adventure-seekers and nature lovers in need of refuge and pure mountain air. Activities include rafting, hiking, fishing, climbing, cycling, golf, zipline tours and so much more.

The voting period for 2022 has now ended. A sincere THANK YOU to everyone who took the time to vote this year. With more than 14,000 ballots cast, we’ll be spending the next several weeks counting and tallying votes.

Winners will be contacted by mid-late April. The full list of results will be available in the July issue of New Hampshire Magazine.

Photos from the party

Thanks to all those who attended the 21st annual Best of NH Party on Saturday, June 18, 2022 at Canterbury Shaker Village.

Join the winning team as a sponsor and party with the best of ’em!

For more information on how to become a part of the Best of NH Party, contact Josh Auger at (603) 413-5144 or jauger@nhmagazine.com.