What’s your spark? This profile is part of a summer series on dreamers and leaders in New Hampshire. 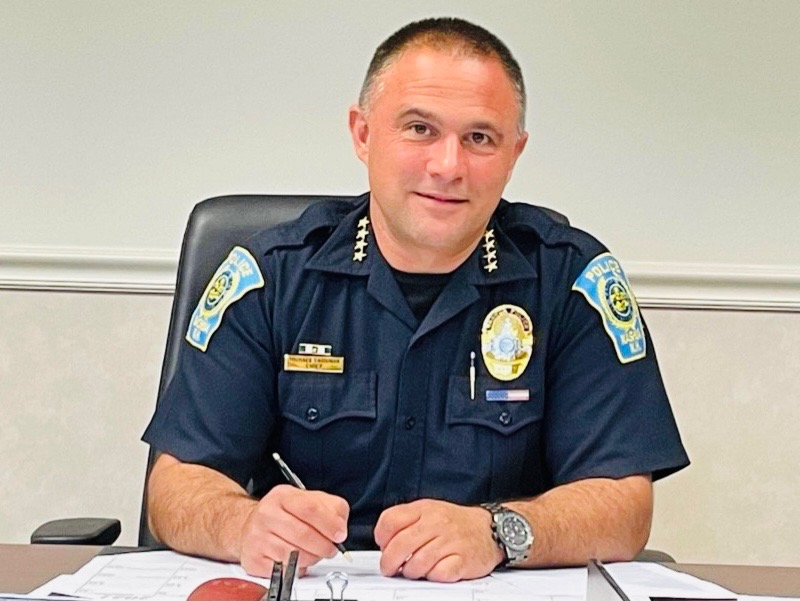 From the time he was in high school, Michael Carignan knew he wanted to be a police officer. All it took was meeting officers and coming away inspired.

“They just seemed squared away, confident, and competent,” Carignan – now the Nashua chief of police – says.

Focused on that goal, he made the decision to attend the University of Massachusetts in Lowell, and applied for an internship at the Nashua Police Department.

“I conducted myself back then in a manner that would set me up for success,” he says. “That decision, for me, came in high school, and I never really waivered – even to this day.”

His career began in September of 1993, when he became a Nashua police officer at 21. He progressed through the ranks, and in August of 2019 he was named Nashua’s 35th chief of police.

Through the years, he learned from the stories of the people he helped, so he understands the struggles.

“In coming to the end of my career, I would have to say that I have learned that everybody has their own life story,” he says. “They all have problems, issues, interests, cares, passions, and histories that makes everybody different in how they interact with one another. I think I have learned that to best connect with those people and to effectively communicate with them is to understand that they have those qualities. There is a lot to learn from different people, some of the stories are interesting, some are funny, and some are tragic. But if you respect that everyone has a story and understand it has affected who they are, right, wrong, or indifferent, you treat them with respect. It will be much more effective.”

These stories have stayed with Carignan, and their meaningful lessons continue to inspire him every day.

“Although it sounds cliché, I would advise anybody to pursue their dreams,” he says. “You have to have a passion for what you do. You have to have a want to come to work every day. Throughout my entire career, 28 years now, there are very few days I have not enjoyed coming to work. Overall, I have loved the people that I work with, and I love the people I have had the opportunity to meet. It has been an exciting, fascinating place to be. You have to have that passion in order to give of yourself and to be effective at whatever you do. You cannot be afraid to experiment and fail, and don’t be afraid to try something new. Most successes in a career will not come from a piece of paper, but from your personality and interpersonal skills.”

Besides spending time with his family, Carignan tries to encourage others by helping in the community as much as he can. There are two organizations he spends a great deal of time supporting – including the Nashua Police Athletic League (Nashua PAL).

“Nashua PAL is an amazing organization that teaches kids leadership, helps them with homework, teaches them about community involvement, and gives them steps for mentorship and programs to help them succeed in life.”

“This is a program for transition housing for women with children, and assists them to either get an education or to get job skills to get employment,” he says. “This gets them back on their feet and out into the real world to be productive citizens.”

Carignan has lived in New Hampshire his entire life. He loves the seasons and the proximity to the ocean and mountains. He likes the people in New Hampshire because they are generally caring and compassionate.

He hopes more people will become part of the solution.

“I encourage anybody who is passionate about anything to seek out a non-profit that caters to those things and offer yourself to help instead of complaining about stuff on Facebook or the internet,” he says. “Go out and help people and these organizations. They need it, and it will help you connect with people in the real world.”

Achieving Your Dreams: A Natural Approach

Achieving Your Dreams: Laughing Through the Hard Times with Comedian Mike Koutrobis