Achieving Your Dreams: Laughing Through the Hard Times with Comedian Mike Koutrobis

What’s your spark? This profile is part of a summer series on dreamers and leaders in New Hampshire. 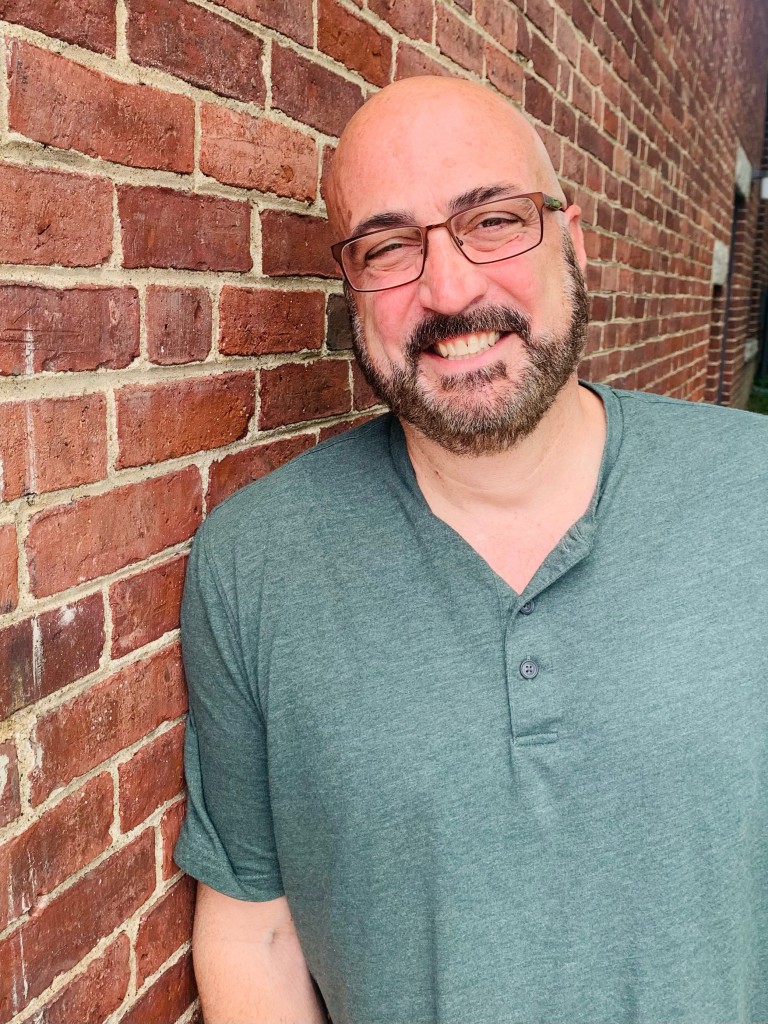 Making people laugh has always been the dream for Mike Koutrobis. He moved to Nashua with his family when he was only 18 months old. As the middle child, Koutrobis learned to be the center of attention and how to make his family and friends laugh.

“I just knew I loved to make people laugh, and I was good at it.” Koutrobis says.

At 16, he became a trained professional clown with the Ringling Brothers Circus. Koutrobis had fun as he learned, which led to more jobs and opportunities.

“I started hanging out at karaoke clubs and even though I couldn’t sing, I could perform the song well enough to make people enjoy the performance and not really care about the vocals. As time went on, people looked forward to my antics, and eventually I became the host of the karaoke night.”

One night after karaoke, Koutrobis was asked to introduce the first comedian.

“I ended up cracking jokes at the crowd, not trying to be a comedian, just being myself,” he says. “When I got off the stage, a man came to me and asked me how long I had been doing comedy. It turned out he was a comedy booking agent, and he told me if I could write some jokes, he would give me a spot on a show.”

Koutrobis took the challenge, and wrote about the things he thought was funny in his life.

“A few months later, I had five minutes of what I thought was material,” he says. “I went on stage and had people laughing for five minutes, not because my jokes were good, but because I was so awkward, I was funny.”

When he got off stage, Koutrobis realized he was hooked.

“I needed to figure out how to do this right because being on stage and making people laugh was an amazing feeling,” he says.

Koutrobis has learned a great deal in the entertainment industry, and he still likes learning, meeting people, and making people laugh.

“The most important thing I have learned is to never give up or stop trying to get better. This is a hard industry, but you can always improve.”

Now, Koutrobis has leveraged his hard work ethic and willingness to try anything into comedy shows throughout New England. He’s made people laugh at places such as Foxwoods Resort Casino and the Comix Roadhouse in Mohegan Sun. He has also earned roles in movies such as “Bleed for This,” “Ghostbusters” with Melissa McCarthy, “Dead Reckoning,” and Steven King’s Hulu series, “Castle Rock.”

A hard worker, Koutrobis is also a master of ceremonies, a mixed martial arts ring announcer, a wedding and party disc jockey, an ordained minister who performs weddings, and even Santa Claus.

“Eventually you will hire me for something. I don’t say no to work.” Koutrobis says.

Through his many years in the entertainment industry, Koutrobis has some words of wisdom: “The best advice I can give to anyone in any career is to ask questions. I thought I knew everything and could figure out the rest on my own. Know that there is someone out there that may be able to help you get to the next step faster. Don’t be afraid to be vulnerable. If I asked questions and tried to learn more about the industry in the beginning, I may have gotten further faster. The other piece of advice for any line of work, especially mine, is that you are going to hear ‘no’ many times, and you can’t let it get you down.”

And for anyone wanting to pursue comedy or acting: “Do it! Go watch comedy shows, take acting classes and comedy classes. You will never know until you try, and it will eat you up just sitting around wondering if you can do it. You have nothing to lose if you try, and if in the end you don’t feel it’s right for you, you can always say you gave it a shot.”

His Intro to Standup Comedy class starts in July in Boston. He will be teaching five classes, and students will perform for their graduation.

Koutrobis says his favorite place in New Hampshire has always been the White Mountains.

“Now that I have a kid, I can’t wait to show him all of my favorite places. The adventures I have with my family give me unlimited material.”

Achieving Your Dreams: A Natural Approach