Why Are Hospital Patients Sometimes Delirious? 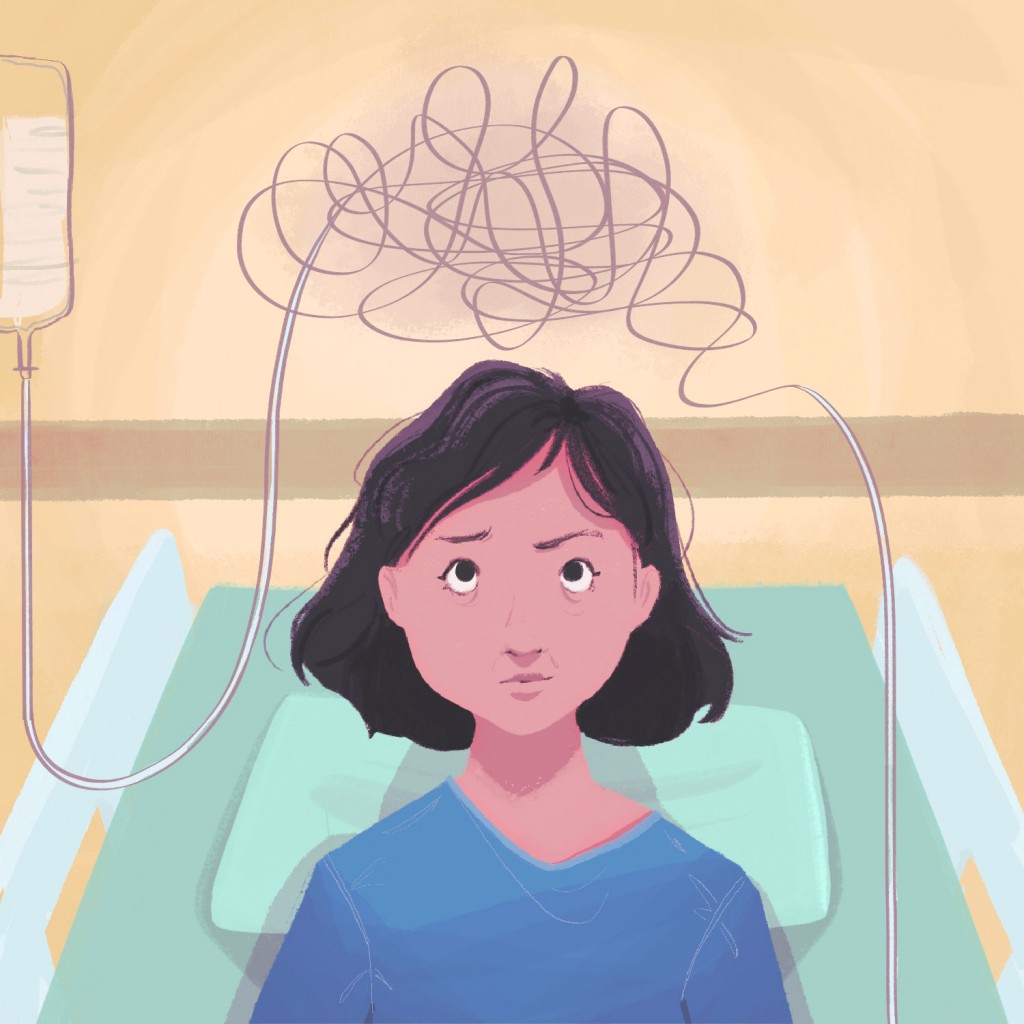 Anyone who has checked into a hospital for longer than a day or two can imagine how quickly disorientation (or worse) might set in. Away from home, bed-ridden or close to it for a prolonged period, it can be difficult to distinguish one day from another.

In fact, actual delirium in hospital patients is common, and it can be dangerous. Its cause is not as simple as being confined to bed or stuck in a hospital room day after day though. It can be triggered by an array of factors, such as a severe medical condition, dehydration, insufficient sleep, infection, medication, substance intoxication or withdrawal, or a combination of circumstances.

“Delirium is a condition that’s basically a disturbance in attention and awareness,” says Dana Bisson, M.S.N., R.N., a delirium specialist who is also a process improvement specialist in Operational Excellence at Concord Hospital. In essence, she says, delirium is acute brain failure, the extent of which can vary in those who experience it.

There are three main classifications of delirium. Typically, patients who experience hypoactive delirium are sleepy and lethargic and might appear unmotivated. In contrast, those who develop hyperactive delirium often are agitated and might hallucinate. They might try to yank out their hospital tubes, refuse to stay in bed, or act aggressively toward hospital staff. Other patients who become delirious vacillate between hypoactive and hyperactive states. In all types, symptoms usually are not continuous but come and go.

Delirium is most commonly seen in the elderly, “but severity of illness is certainly one of the biggest risk factors, and that is independent of age,” says Jennifer L. Duprey, D.O., M.P.H., medical director of the ICU at Elliot Hospital and Southern NH Medical Center. Other risk factors include the presence of underlying cognitive problems such as dementia, the length of the patient’s hospital stay, and whether the patient has surgery.

For sure, although older adults are at higher risk for delirium, young adults and even children who are hospitalized can develop it too. “The thing that brings a young person in [to the hospital] can make them really susceptible” because younger people often are admitted to the hospital only if something fairly serious is wrong, Bisson explains, and “delirium can result from any acute medical injury or illness that is so severe to that person that it causes the brain to kind of go into failure mode. … It really can affect everybody.”

Delirium incidence numbers vary, but Bisson says that delirium affects about 20-30% of regular medical surgical patients, and up to 80% of intensive care patients, including patients in pediatric ICUs.

That’s a lot of patients, and the implications of delirium can be serious. Delirium might last for hours, days, or weeks, but many patients experience cognitive defects for months, and in some, symptoms linger for a year or more. Typically, “most patients eventually return to their former baseline cognitive state,” Duprey says. But some, especially patients who had underlying cognitive problems to begin with, never regain their prior cognitive functioning.

Delirium also affects families, possibly foisting post-hospital-discharge caregiving responsibilities on a family member, for example, plus “delirium is very distressing to families,” Duprey says. “Patients, when they’re delirious, are not aware of their behavior, and [later] have no recollection of it. But it is very distressing to families to see a loved one agitated, potentially violent at times, needing to be sedated, hallucinating. So there is some degree of emotional distress.”

Hospitals have implemented numerous strategies to prevent and minimize delirium in patients (see sidebar). “Anyone who interacts with the patient,” from doctors, nurses, physical therapists, and food service workers to visiting therapeutic musicians or artists, has a role to play, Bisson says. “It’s a real team effort. You use the resources you have to do anything you can.”

Indeed, “delirium complicates a lot of hospital courses for a lot of patients,” Duprey says, “and there can be serious implications. It’s one of those things that we need to learn so much more about.”

Dealing with delirium in hospitals

Hospitals employ a variety of measures to try to prevent delirium in patients and to quickly detect it and minimize it when it does occur. For example, many hospitals screen patients every 12 hours to lessen the chance that delirium is overlooked. Although hospitals are 24/7 operations that care for and monitor patients around the clock, hospital staff members promote a normal sleep-wake cycle in patients by turning on lights in patient rooms during the day and keeping them off as much as possible during the night. “We know that when patients don’t sleep, that is a risk factor for delirium, so we try not to disturb patients during normal hours of sleep,” says Jennifer L. Duprey, D.O., M.P.H., medical director of the ICU at Elliot Hospital and Southern NH Medical Center.

In addition, Duprey says, “if we know that patients are hard of hearing or need glasses, we try to make sure that they have those assistive devices.” Giving patients access to familiar things, such as their favorite music, can also help. One of the goals, Duprey says, is to try “to keep signs of normalcy around them.”

For more information, see the website of the American Delirium Society, which offers guidance for patients and families: americandeliriumsociety.org/what-delirium