If this old stove could talk ... 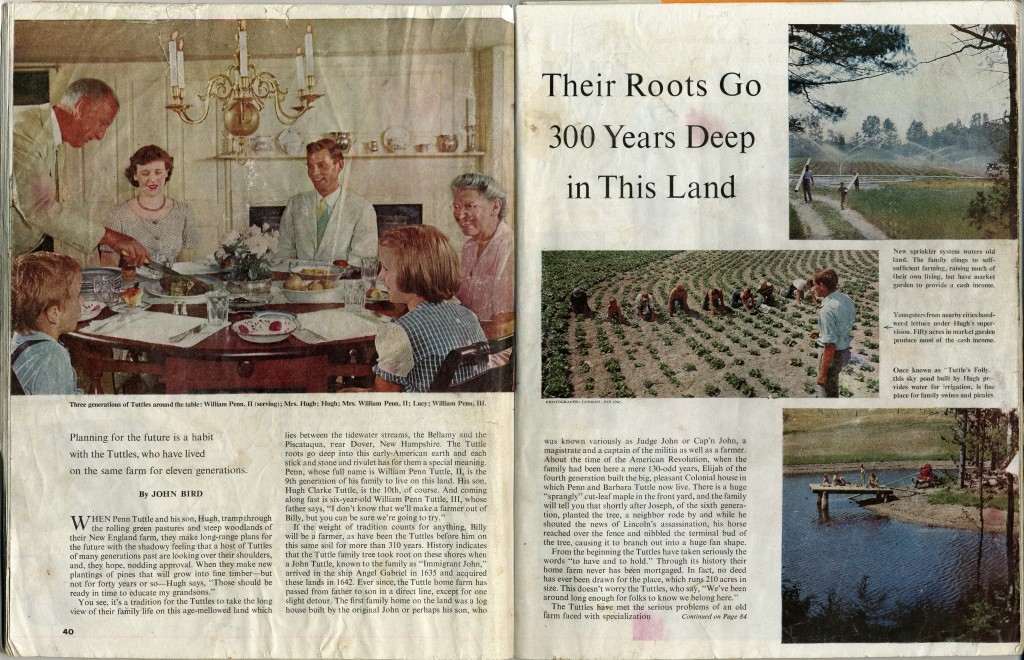 The Tuttle family was already a historic “institution” in New Hampshire when The Country Gentleman magazine published this story on them in the 1950s. Courtesy photo

In early November of last year, I had lunch with my sister’s ex-husband Thomas.

The conversation turned to Thanksgiving, which I said I’d be spending at my sister’s house with extended family. Thomas responded with a smirk and a trace of familiar bitterness. “Of course. Thanksgiving is High Holy Day for you Tuttles.”

Thomas, like my late husband Bob, had always harbored a mix of awe and resentment for our family and our traditions. It seemed to irritate both of them that their children, half-Tuttle as they were, considered Thanksgiving at the Tuttle farm their favorite holiday of the year.

The farm, on the seacoast of New Hampshire, had been in our family since the 1630s. The three-story Colonial farmhouse with its huge center chimney was built by our ancestors during the Revolutionary War, behind the site of the original chestnut log cabin built by the first Tuttles four generations earlier.

From the time Abe Lincoln declared Thanksgiving Day a national holiday in 1863, my Tuttle ancestors celebrated it in that house. The vegetables served that day would have been grown on the same land that British-born John Tuttle and his sons had cleared 200 years before.

I have a notebook of my grandfather’s in which he described how, in 1915, he and his soon-to-be-bride, my future grandmother, were modernizing the old farmhouse with central heat, electricity and running water. He wrote about buying a round gate-legged Queen Anne walnut dining table with eight matching rush-seated chairs for $30 at an antique shop up near the White Mountains, and how he and my grandmother had refinished the entire set over the course of many evenings, after the farm work was done.

When they married in 1917, one of my grandparents’ wedding gifts was a brand-new cast-iron Kalamazoo wood-burning cookstove, complete with ornate nickel trim, curved legs, an oven with a thermometer and, above the cooktop, a warming oven with a curved blue steel sliding door. My grandfather built a woodbox and kept it filled with firewood he’d cut and split himself on the farm and hauled to the house with his team of horses.

That Kalamazoo stove, a blazing hardwood fire under its round iron lids, a fat tom turkey roasting in its oven, pots of potatoes and squash and onions and turnips simmering on its surface, and homemade pies waiting in its warming oven, was the heart of the old kitchen and the essence of Thanksgiving to me.

My aunts and uncles and cousins would drive from their homes in Connecticut and Massachusetts for the long weekend; my family lived across the road and only had to walk down our long dirt driveway to join the rest of the clan. All six bedrooms in the old farmhouse would be full, with cots in the third-floor playroom for all the cousins. There were 10 of us grandchildren, the eleventh generation of Tuttles on that same New Hampshire farm. 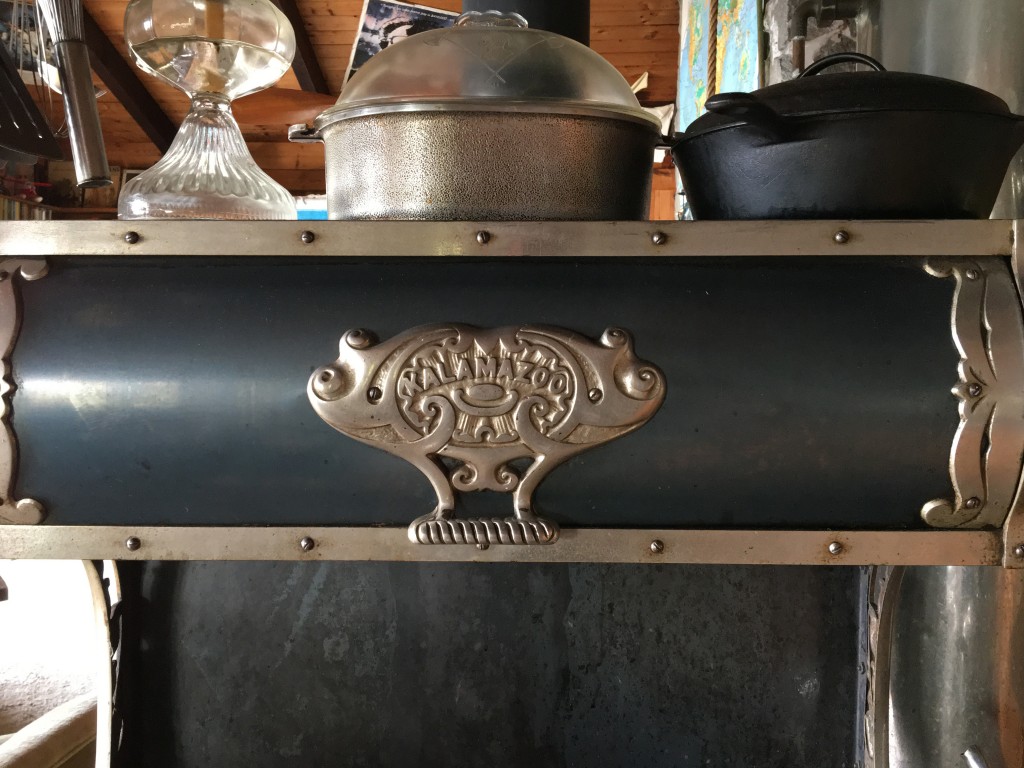 One of the author’s grandparents’ wedding gifts in 1917 was a brand-new, cast-iron Kalamazoo wood-burning cookstove, which for generations was used to prepare the Thanksgiving feast. Courtesy photo

In 2013 the farm was sold, along with the farmhouse. My sister and brother and cousins and I are now the elders. We still gather every Thanksgiving at my sister’s house, which overlooks the farm that holds our family’s history. We can see the old house, owned by strangers now, across the field from her porch. We still have room at the table for our children and our cousins and their children. There is still plenty of laughter, and too much food. This year, on what I have now dubbed Tuttle High Holy Day, we will tell the children the family stories our grandparents and parents told. And I’ll add this one.

Author’s note: I wrote this piece in the prepandemic world of December 2019, while visiting one of the cousins I spent many childhood Thanksgivings with.

It seems clear that this year, courtesy of COVID-19, we won’t be gathering for our much-anticipated family ritual. My sister won’t be poring through recipes to jazz up the traditional menu, and I won’t be rolling out pie crusts at midnight the night before. My nephew won’t be roasting a 30-pound turkey (something he’s been in charge of since he was 15). My other nephew won’t be mixing up massive batches of Tuttle Punch, a rum-based concoction my grandfather and his brothers-in-law invented for my Aunt Barbie’s wedding in 1951 and which has been served at every family gathering since. We won’t be secretly pouring a little Tuttle Punch into the gravy to thin it out when we’ve run out of chicken stock. I won’t get to meet my cousin Elizabeth’s newest grandchild, nor will she get to meet mine.

In the grand scheme, of course, we are incredibly lucky that most of us are alive and healthy and that we can (perhaps) look forward to next year. It’ll take more than the loss of a family farm and a family homestead and a pandemic to break our Tuttle High Holy Day tradition.