Creating art is hard. To all of us non-craftspeople, sculpting may as well be rocket science. A great sculpture can make you feel something deep within yourself, giving emotional context to vital history — and after an entire internal journey, you still might not have the slightest clue how a sculpture was made. Thus spawned our “Trust the Process” monthly online feature, where we choose a Granite State artist, artisan or craftsperson to walk through the making of one of their pieces, one step at a time.

First up is Newmarket artist Julian Armijos, whose intricate black-and-white drawings depict surreal scenes of nature and existential quandaries. Armijos graduated from the University of New Hampshire in May of 2022 with a major in studio art and philosophy. For “Trust the Process,” Armijos chose a charcoal piece he made during the spring of 2022 called “Garden.” 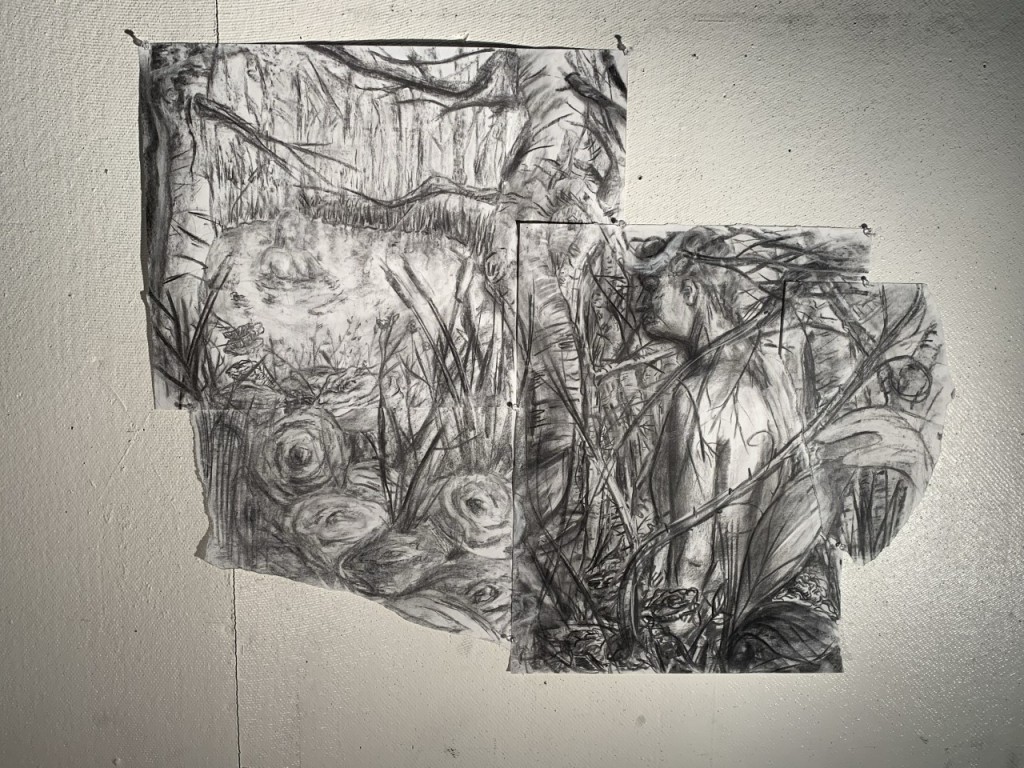 New Hampshire Magazine: What piece did you choose and why did you choose it?
Julian Armijos: I chose “Garden” because it was made during a pivotal point in my artistic journey with charcoal — not to mention exploring outside the rectangle of a canvas, which led to later projects not bound by a canvas’ limitations.

NHM: What materials did you use to make the piece?
JA: I used charcoal and tissue paper to smudge.

NHM: What was the original idea for the piece? Where did the idea come from? How did that evolve over time?
JA: The first figure on the right was the original figure I started with, drawing on the paper while observing a model. The landscape came along as I added more shrubbery and trees around the figure. As I began to expand, I added a new figure on the left that can be seen blurry in the water like texture in the clearing. I picked this spot because it’s where the original figure’s gaze lands. I think the most inspirational state during a drawing is being bored with the art at some point. Getting bored allows for something else to show up, or completely ditching an idea and starting a new one. In “Garden’s” case, it wasn’t long before I was ripping out large pieces of paper and adding them on, bit by bit. 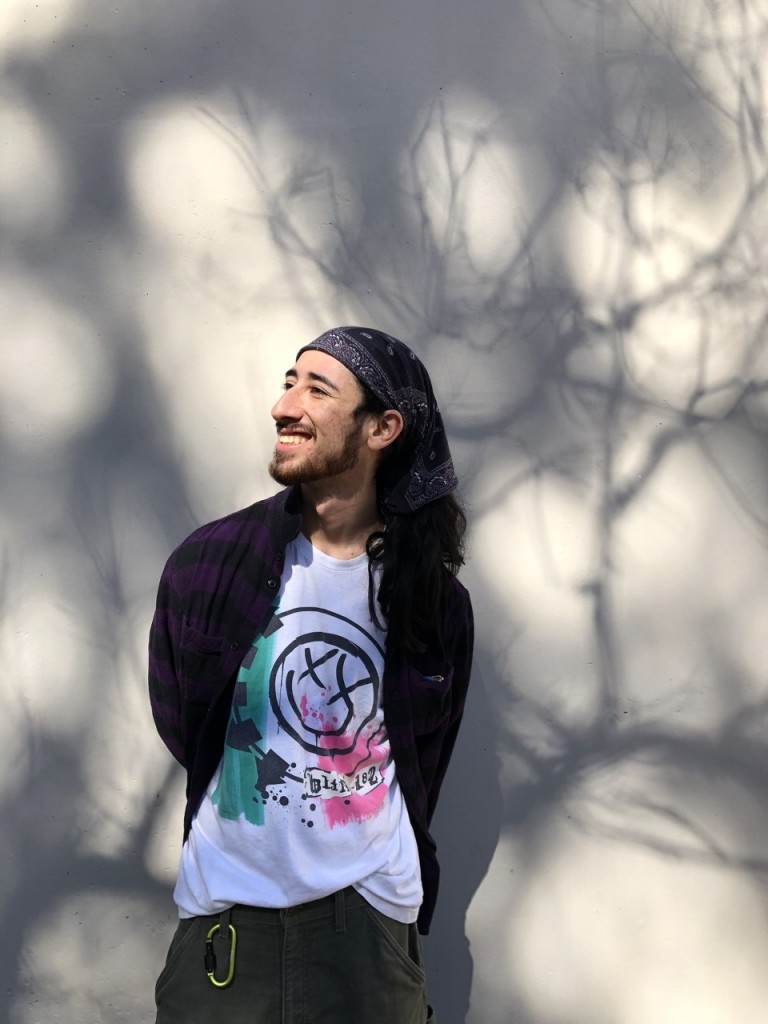 NHM: Were there any hang-ups during the process of making it? Any serious pivots during the process?
JA: When I was working on the lower shrubs, I didn’t know how I wanted to add flowers or if anything should even be there at all. I removed the bottom section around four times before deciding to keep it.

NHM: How long in total did it take you to complete the piece?
JA: It took about three weeks of on-and-off work — taking a step away and coming back a few days later. Getting fresh eyes on the canvas is something I try to do as often as possible instead of staring at it for hours.

NHM: What makes this piece special to you?
JA: The different strategies I employed and new ways of experimenting were really engaging for me.

NHM: Walk us through the process, step-by-step, of making the piece.
JA: The whole idea of this artwork is experimentation, which is the case for all of my artwork (I’m currently working on expanding pieces in my sketchbook). Larger works have made me move to smaller works as a way to practice and continue expanding on marks. Learning how to express my thoughts and the landscape around me as I flow through an idea is an evolving process.