The Salty Tale of Privateer Lynx 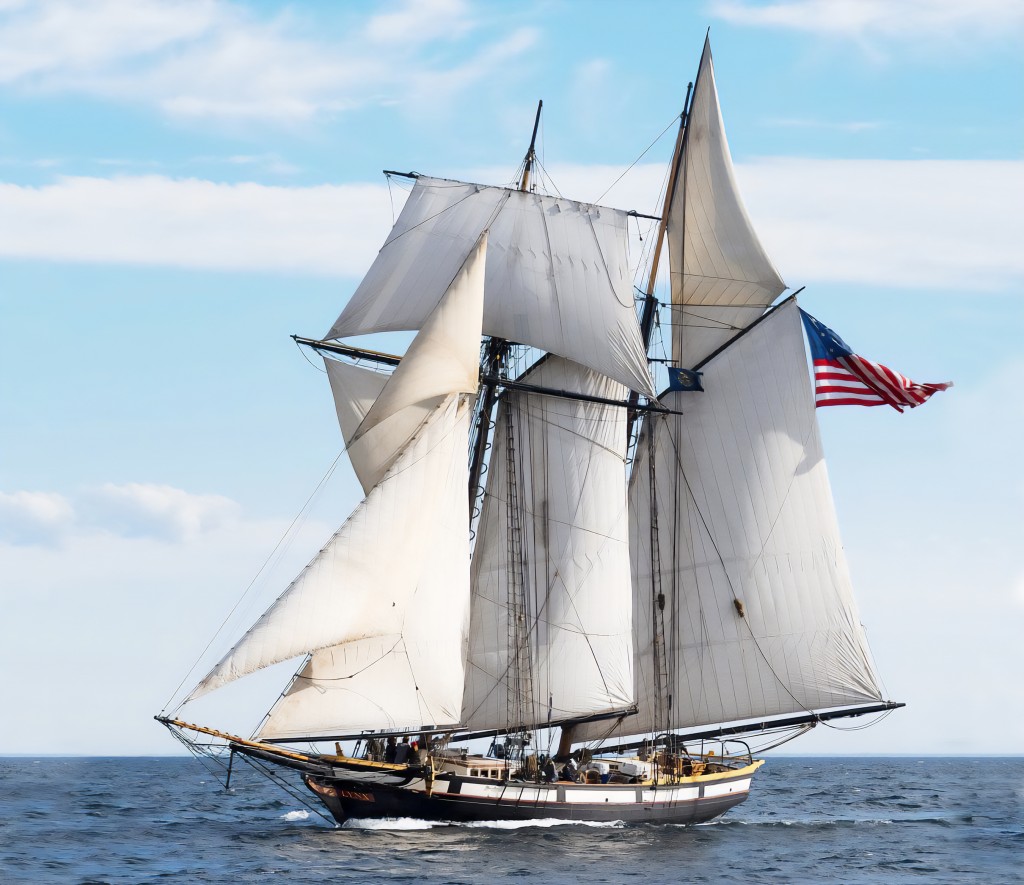 I used to build models of tall ships. Woodson K. Woods saw a model of Privateer Lynx in a Salem, Massachusetts, shop and built the entire ship. It cost him $3 million. Born in Missouri, Woods had been a cattle rancher, hunter, hotelier, pilot, adventurer, salesman, painter, and lifelong sailor. By his late 50s, then living in Hawaii, Woods wanted to give something back. “I wanted to bring adventure to kids,” he once told me.

The “forgotten” War of 1812 fascinated Woods. A sketch in a book of a schooner out of Baltimore named Lynx with its sleek raked masts captivated him. “And that name!” he recalled. “It was short, to the point. I knew a lynx was a wild cat known for its stealth as a hunter.”

Early 19th-century American shipwrights pushed the envelope with sleek schooners like Lynx. The goal was maximum speed, either for rapid delivery of goods or to evade the law. Such ships were often engaged in smuggling, slaving, blockade running, tax evasion, and espionage. During the War of 1812, that speed made Lynx and other privately owned American ships — duly licensed by Congress — ideal for pursuing and capturing British merchant ships.

Woodson Woods hired acclaimed naval architect Melbourne Smith — creator of the Pride of Baltimore, Niagra, Sea Witch, and Spirit of Massachusetts. Smith designed a modern Lynx that would meet Coast Guard requirements. In 1998, Woods was on his way to Maine, famous for its wooden boat builders, when he stopped at a maritime gallery in historic Salem, Massachusetts. As he entered the shop, two workers were carrying a gorgeous new handmade model onto the showroom floor. It was Lynx. 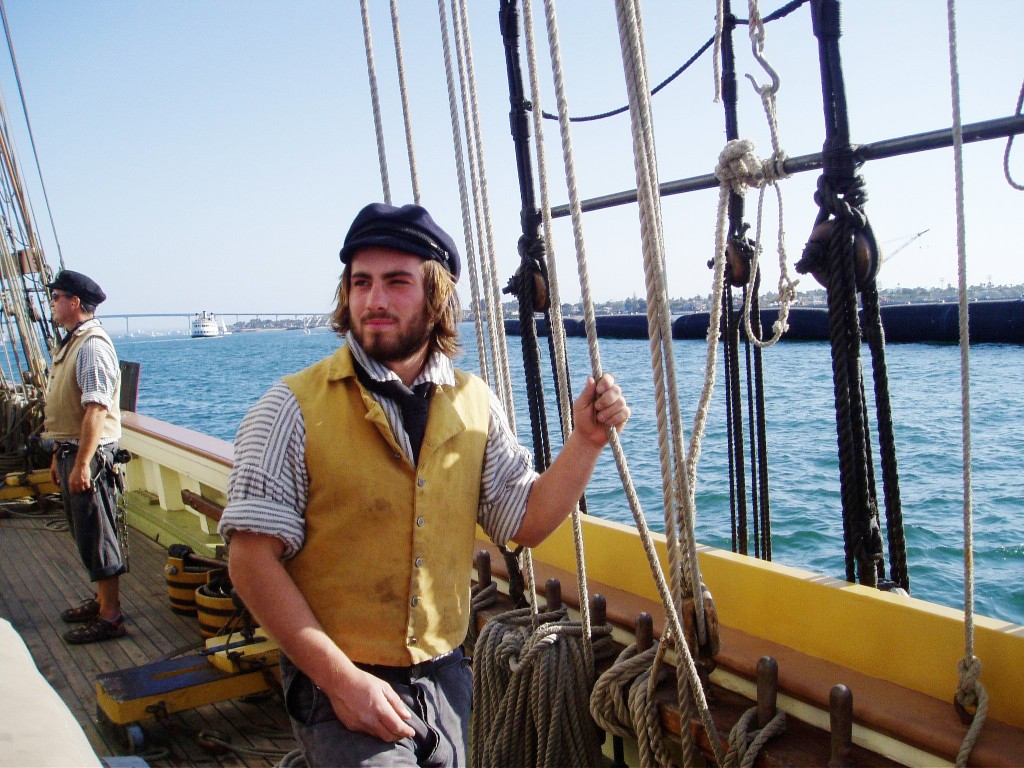 Crewman Alex Peacock of Newmarket aboard the schooner Lynx, a recreation of a War of 1812 privateer

That fateful encounter convinced Woods he was on the right course. Three years later, a joyous Maine crowd watched Lynx slide gracefully into the sea. Rockport Harbor had not seen a locally built schooner launched since 1885.

Running down the Maine coast on her maiden voyage in the fall of 2001, Lynx paused briefly at Portsmouth. Her sleek swept-back silhouette, symmetrical hull, and lean rigging immediately drew onlookers. She was something special.

I met “Woody” that day. He was decked out in breeches to top hat like a prosperous 19th-century ship owner. He claimed he was distantly related to a Portsmouth privateer named Eliphalet Ladd. In Ladd’s honor (and for tax purposes), Woods registered Lynx in Portsmouth.

A 12-person crew then steered the new schooner to the open sea and through the Panama Canal to California. Lynx spent the next decade on the West Coast, ranging as far as Canada and Hawaii. I followed her, virtually, for the next few years. And then came the bulletin — Lynx was returning to her “berth place” to celebrate the bicentennial of the War of 1812.

At the urging of Melbourne Smith, Woody asked if I would write a book about the occasion. “Aye-aye,” I replied, and flew to San Diego just in time to join the final West Coast tour.

“Hi, there,” I told a young bearded crew member named Alex Peacock. “I came all the way from New Hampshire for this.” Alex smiled. “Actually,” he said, “I’m from Newmarket, New Hampshire.” Small world.

The next day, Lynx began her long voyage home. I rushed back to my keyboard to finish the book. We reunited, months later, at a tall ship parade in Portsmouth Harbor.

Ten years have passed. Woodson Kidder Woods III (1932-2020) “truly lived above and beyond,” one admirer wrote. And his dream sails on. Donald Peacock of Newmarket, Alex’s father, now directs the Lynx Education Foundation, a nonprofit based in New Hampshire. Don also captains the Lynx, inspiring young people to discover a sea of opportunities.

Categories: Places, Things to Do

Monarch Magic at Petals in the Pines