Why would a Shaker carefully stack rocks in the woods? 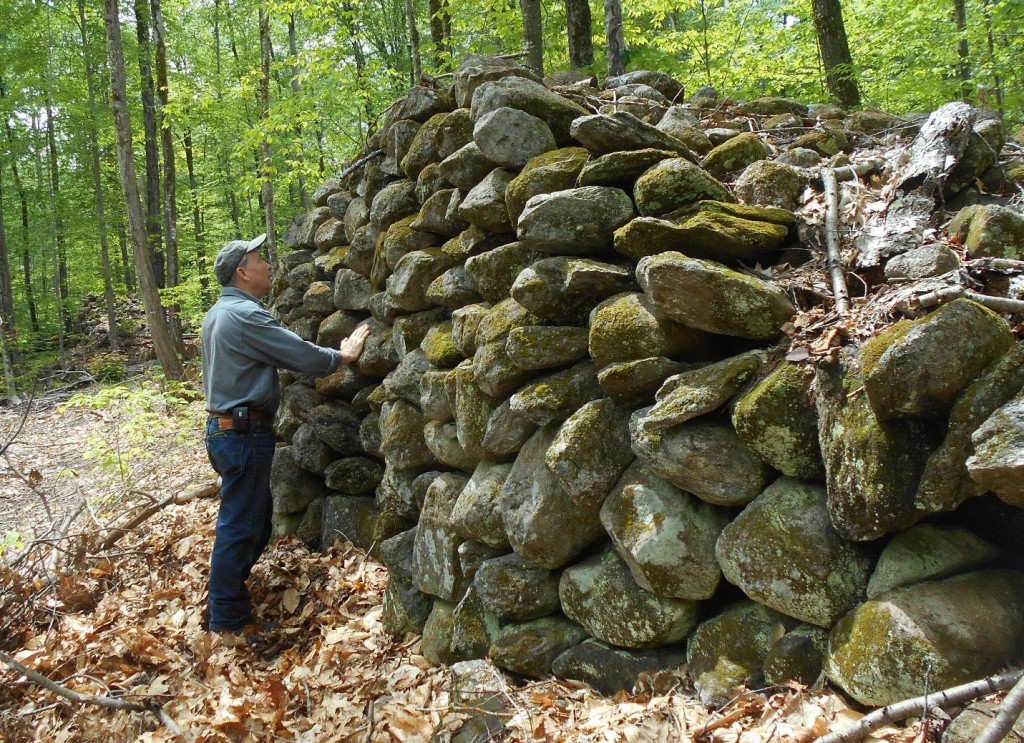 I’m a mile into the woods behind Canterbury Shaker Village, looking at an impressive collection of rock piles. The size of the trees and age of the surrounding forest mean that these rock piles predate motorized equipment. The piles are stacked with the perfection of a skilled stonemason and in shapes that suggest an artist at work. There are piles shaped like giant wedges, a fort, haystacks and a giant meatball. Some of the rocks are too big and heavy for any human to have moved unaided. Smaller ones are laid like mortarless bricks with staggered joints and a vertical plumb face. The labor expended in gathering and constructing these stone piles looks daunting to me, and must have been done for an important reason. I’m wondering who constructed them and why? The answers are found in old records back at Shaker Village.

Peter Ayers was born in 1760 and fought in the American Revolutionary War as a teenage soldier. At only 14 years old, Ayers participated in the battle of Bunker Hill. At age 17, he was with General Washington’s army at Saratoga when British General “Gentleman Johnny” Burgoyne was forced to surrender in 1777. Ayers was also at the siege of Yorktown in 1781 when Lord Cornwallis surrendered, effectively ending the war.

After the war, Ayers seems to have drifted. Records show him living in Massachusetts, Rhode Island, Connecticut, and with his father in Upstate New York. His occupation is listed as farmer, hatmaker, fur trapper, or engaged in the business of hauling lumber. He is also described as a prizefighter and it was written that, “As a boxer he would be obliged to travel far to find his equal.” Ayers’ physical appearance is described as “quite short and thickset and having a large head,” which are not typically optimal traits for a successful boxer, but Ayers is also described as “having remarkable physical endurance.”

While wandering about war-weary New England seeking a new life, Ayers became acquainted with Mother Ann Lee, the founder of the United Society of Believers in Christ’s Second Appearing, more commonly known as the Shakers. They were called this because of the ecstatic dancing and trembling they practiced while worshiping. The Shakers believed in simplicity, gender equality, pacifism, communal living, and that hard work glorified God. They opposed marriage and believed in total celibacy, relying on converts to keep their population growing. After years of war and perhaps seeking a more peaceful way of life, Ayers began visiting Shaker communities and decided to embrace the Shaker faith. Ayers entered the Mount Lebanon Shaker Society in New York in 1787 and turned over all his worldly goods to the society.

A story is recorded that, soon after the former soldier and boxer converted, he was teased by ruffians who mocked him over his new religion. Ayers endured the insults and abuse, but after going to bed was awakened by three men taunting him and daring him to come outside. He tolerated the harassment until they began to slander his gospel teacher, Mother Ann Lee. He tore out of bed and, without getting dressed, ran out the door and took off after his tormentors, chasing them through the streets. The story says that he “did not return home until he had thoroughly pounded his tormentors and left them to mourn their bruises, while he returned to enjoy a night of quiet rest.” 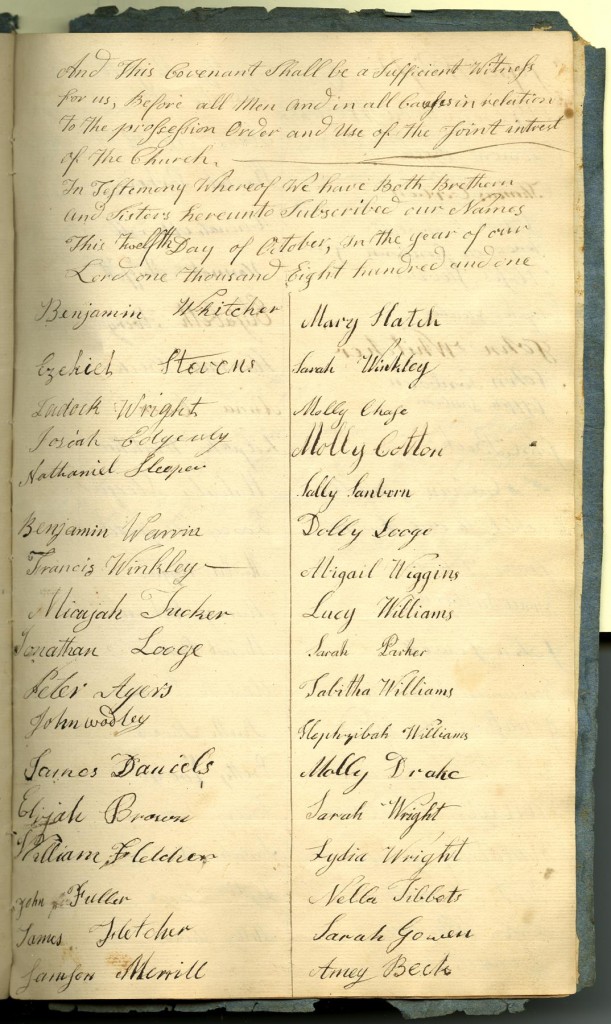 Ayers lived with the Mount Lebanon Shakers until 1792, when he was sent to New Hampshire with a handful of missionaries to organize the society at Canterbury. Ayers settled into the Canterbury community and worked to build the meeting house and dwelling houses, and established a working farm capable of sustaining the converts joining the community. He took on a variety of roles, including schoolteacher and hatmaker. He built dams and operated the water-powered mills. He raised sheep and cattle and hunted down the wild animals that preyed upon them. By 1818, the Shakers’ water-powered mills were up and running and Ayers, perhaps desiring solitude, turned his energy to a new endeavor.

That endeavor is described by Isaac Hill, an 1840 visitor to Canterbury Shaker Village. Writing for the Farmer’s Monthly Visitor, Hill wrote, “… The morning of the second day introduced us to a most extraordinary man in the name of Peter Ayers, in the 80th year of his age, who had been 60 years a Shaker. His eye was not dim, nor his natural force abated. He came at our request to lead us to an exhibition of his farm. It was a mile from the road and contained a hundred acres … a house and barn … in the midst of a beautiful apple orchard containing more than 1,000 bearing trees. The face of this hundred acres was hard and full of rocks … The orchard itself seemed to be but a mass of rocks. At this place, solitary and alone, except in one stout, fateful yoke of oxen, as his assistance, Peter Ayers had worked among the rocks … taking up the old and crooked stone walls and laying over new walls in a direct line, digging out and piling up immense masses of stone in piles the size of a common haystack. The foundation stones dug out and laid into the walls by the veteran would weigh, judging by the eye, many of them 2 tons each; how one man, with the assistance even of the most docile beasts, could ever have moved them into place seem to us a wonder; of the piles of stone gathered from this ground it was a matter of astonishment that any man could raise them high above his head. Here was the work of a lone man in removing rocks upon an isolated spot of ground, which will remain as a monument of his Herculean labor during the life of the present generation … the farm itself is called Peter’s farm, and will probably as long go by that name as the rocky piles shall remain in their places …”

Peter’s rocky piles remain in place, and the “who” portion of my question is answered, and the “why” is answered in part as rock removal necessary for agricultural purposes. But there are also hints in the journals that Ayers suffered from what we would today call PTSD, unrecognized in his time. Perhaps the physical exertion of stacking rocks coupled with the solitude and sense of accomplishment in looking upon immense stone heaps was his way of working out his demons. Looking at his collection of rock piles, I have to admire the tenacity of this soldier turned Shaker, and whatever his reasons were, Peter Ayers built impressive rock piles.