Matty Gregg left NH to work for Apple Computers. Now he plans to run for office here, but first he wants to stretch his legs a bit 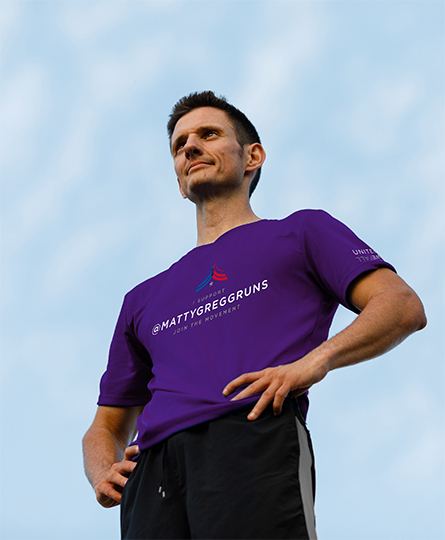 First off, we should note that Matty Gregg’s  career began working for this magazine in its early years. He also worked with our editor to create the New Hampshire Theatre Awards (now the NH Theatre Alliance) and still has a local fanbase for his stage-performance skills.

After moving to Cupertino to make his name at Apple Computers, he became a celebrity on the Tough Mudder “suffer fest” race circuit and he’s remained involved in theatre. All his accomplishments to date seem to combine for his latest gambit: an ultra-ultra long distance run across the country, 5,075 miles through 24 states on his way home to the Granite State.

Gregg, whose familiar name does indeed link him to such NH political legends as his great uncle Sen. Judd Gregg and the late Gov. Hugh Gregg, thinks he might have something to contribute to our country’s political conversation. This might mean a run for elected office, but he wants to start by listening. He’s modeling his run on a journey taken 170 years ago by Alexis de Tocqueville who wrote his seminal book “Democracy in America” after taking a carriage across the country and chatting with people.

“I figured that I like running, so I should do it on foot,” says Gregg, and now, more than 500 miles later, he says it’s paying off. “In terms of getting to the heart of what American social and political values are, I find that the conversations on foot are so much richer than conversations online,” he says. “We shortcut too many aspects of our communication online, and can’t engage the five senses that are required for deep and rich conversations about America.”

“I hope to write a worthy sequel to [de Tocqueville’s] essays,” says Gregg. His journey was featured in Runner’s World and he’s snagging radio and TV interviews in the towns and cities he passes. CNN is interested in catching up with him at some point, and to preserve the scope and span of the run (and the thoughts and reactions of those he meets along the way), Gregg has a film crew in tow.

We think it’s likely, if he was making his carriage ride today, de Tocqueville would have a film crew as well, and he’d probably feature the best moments on Facebook Live.