Not only does it add flavor, it’s good for you 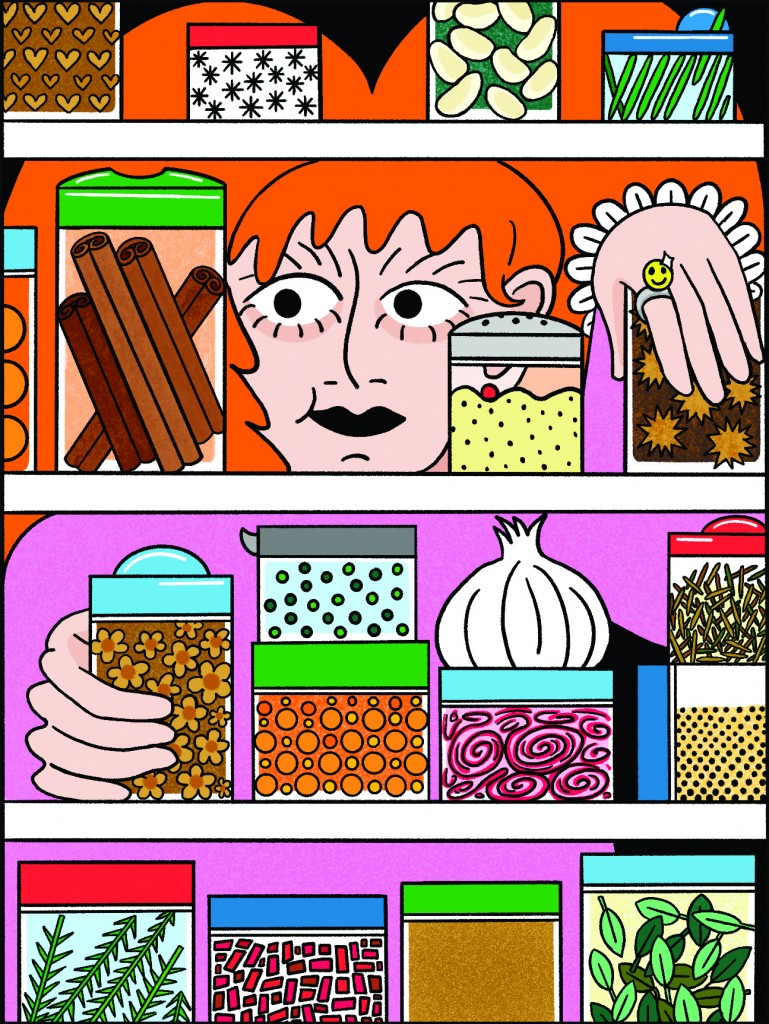 What’s in your spice cabinet? It is a worthwhile question to consider, given all the goodness packed in the little jars that line your spice rack. Not only can spices and herbs elevate a dish from dull to delightful, but they also come with a bounty of health benefits.

From China to India and ancient Greece, people in some parts of the world have long used spices and herbs for medicinal as well as culinary purposes, but now mounting research that highlights the health-boosting properties of spices and herbs is gaining the attention of more people in the U.S.

Among their benefits, spices and herbs are loaded with phytonutrients (also known as phytochemicals), which are compounds in plants that may lower the risk of heart disease, diabetes and hypertension; reduce inflammation and protect the body’s cells from damage that could lead to cancer; and support the immune system.

“There is overwhelming evidence to show that high-quality spices and herbs … have phytonutrients, and that they contain phytonutrients that you can’t get anywhere else,” says Sarah Jacobson, R.D.N., L.D., a registered dietitian at Dartmouth-Hitchcock’s Weight and Wellness Center in Bedford. “So even if you’re eating all your fruits and vegetables, there are specific phytonutrients and antioxidants that herbs and spices and alliums [such as onion, garlic and scallions] have on their own.”

Individual spices and herbs have been studied to varying degrees, Jacobson says, “but as a group, it’s very clear that they have health benefits.” Scientists are still learning about how spices and herbs might be used to treat certain diseases, but in the meantime, we can take advantage of the cumulative health perks associated with frequent use of spices and herbs — especially because, in addition to the phytochemicals and other benefits that spices and herbs deliver directly, people who routinely use herbs and spices in the kitchen typically reduce their intake of sugar, fat and salt, Jacobson says, “and by doing that, you’re improving blood sugar and blood pressure and all of those other chronic diseases that we worry about.”

Typically, the average healthy American adult who eats a varied diet should aim to cook with herbs and spices rather than pop a related supplement or two. “There is a benefit to getting [phytonutrients] from whole foods or getting them from the entire spice or herb itself versus just isolating those phytonutrients,” Jacobson says. “The body always has more of a benefit when you’re eating the food itself.”

With so many spices and herbs to choose from, you might wonder if you should focus on certain ones that appear to be heavy hitters in terms of supporting health. Cinnamon, for example, took a turn in the spotlight when studies linked it with lowered blood sugar, which reduces the risk of diabetes. Similarly, research helped turmeric become recognized for its potent antioxidant and anti-inflammatory properties that have the potential to benefit body and brain.

As research highlights a specific spice or herb, “people take notice,” Jacobson says. But ultimately, she recommends that “people determine which spices and herbs they love, because they all have benefits, and the cumulative effect of using them is, I think, in many ways much more important than just focusing on one specific herb or spice.”

Whichever spices and herbs you choose to use, store them properly by protecting them from heat, light and oxygen to best maintain their antioxidants, Jacobson advises, and when possible, pay attention to their quality and origins, avoiding ones that have been chemically treated. Dried or fresh, spices and herbs can help bolster health, but evidence shows that in some cases dried herbs and spices provide more benefits than fresh, Jacobson says, because they contain less water, so by weight, they can offer more antioxidants.

So, whether you’re baking for the holidays, making a salad, or cooking a casserole, put a little peppah on it, as we New Englanders might say, because spices and herbs aren’t just for dinner anymore. “This is a way to shift how people are cooking and a way to shift the foods that they’re being exposed to on a regular basis,” Jacobson says. “If that helps them improve or prevent disease or even lessen their medication, then we’ve made a huge impact.”

Bring on the spice

The pandemic has led many of us to expand our recipe box as we cook more at home, providing a perfect opportunity to explore spices and herbs. Spices and herbs are like tasty tricks that do more than boost food’s flavor; routinely using them can lessen the risk of acute and chronic disease and help keep weight in check as they make food taste good without the use of harmful ingredients such as sodium and sugar.

What we eat each day “can have a huge impact [on health], whether it’s positive or negative,” says Sarah Jacobson, R.D.N., L.D., a registered dietitian at Dartmouth-Hitchcock’s Weight and Wellness Center in Bedford. Using spices and herbs, she says, makes it easier “to cut out processed and harmful foods, and add flavor with something that has health benefits.”

For ideas on how to step up your spice game, check out Oldways at oldwayspt.org to see recipes based on traditional, whole-food cooking from around the world.