Speak Out for Change

Cassie Levesque is working to end forced and child marriage 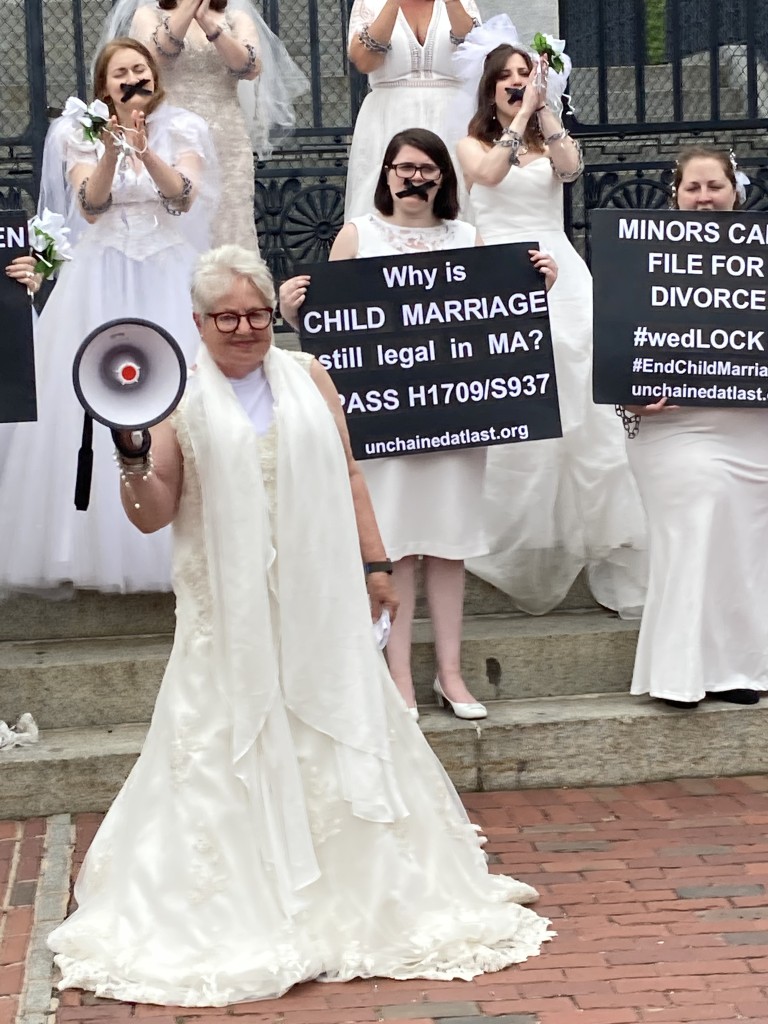 If you look closely, you’ll spot New Hampshire State Rep. Cassie Levesque about halfway through the fourth episode of “Gutsy,” a new Apple TV+ docuseries in which Hillary and Chelsea Clinton highlight “some of the world’s boldest and bravest women.”

Dressed in a white gown, with a black “X” taped across her mouth, Levesque appears with a small crowd of activists at a protest in Boston organized by Unchained at Last, a group “dedicated to ending forced and child marriage.” While the cameo is brief, Levesque still appreciated the chance to play a small role in spreading awareness of a cause close to her heart.

“I will always participate and encourage those who wish to speak out and talk about it,” she says. “Because it’s not really a topic that most people know about or talk about.”

While still a teenager, Levesque leveraged what began as a Girl Scout project into a campaign to raise New Hampshire’s marriage age. In 2018, she stood alongside Gov. Chris Sununu as he signed a law raising that limit — previously 13 for girls and 14 for boys — to 16. Soon after, she won a seat in the Legislature representing her hometown of Barrington, and she’s kept fighting to raise the marriage age to 18 in the years since.

Along the way, Levesque’s campaign to end child marriage has earned her profiles in the likes of Politico, People and The New York Times. She’s been featured in at least one book (“Most Inspiring Women in 21st Century: USA-Canada,” alongside Oprah Winfrey and Lady Gaga, among others) with another book on the way. That latest publication is still in its early stages, but Levesque says she’s been told it’s part of a series of children’s books about strong women.

“I always say ‘yes’ to those things because you never know,” she says. “I work with kids, and sometimes all it takes is one person saying, ‘Yes, I’m doing a project,’ for someone, for a child to have that role model to look up to.”

Now 23, Levesque is running for her third term in the House and pursuing a degree at Southern New Hampshire University. In something of a full-circle milestone, she also serves as a Girl Scout troop leader — and hears often from other Girl Scouts or parents of Girl Scouts across the country, who tell her they’re inspired by her work.

“It makes me smile knowing that, somewhere out there, there are girls who look at me and think that I am a role model and look up to me,” she says. “It’s really, really heartwarming.”