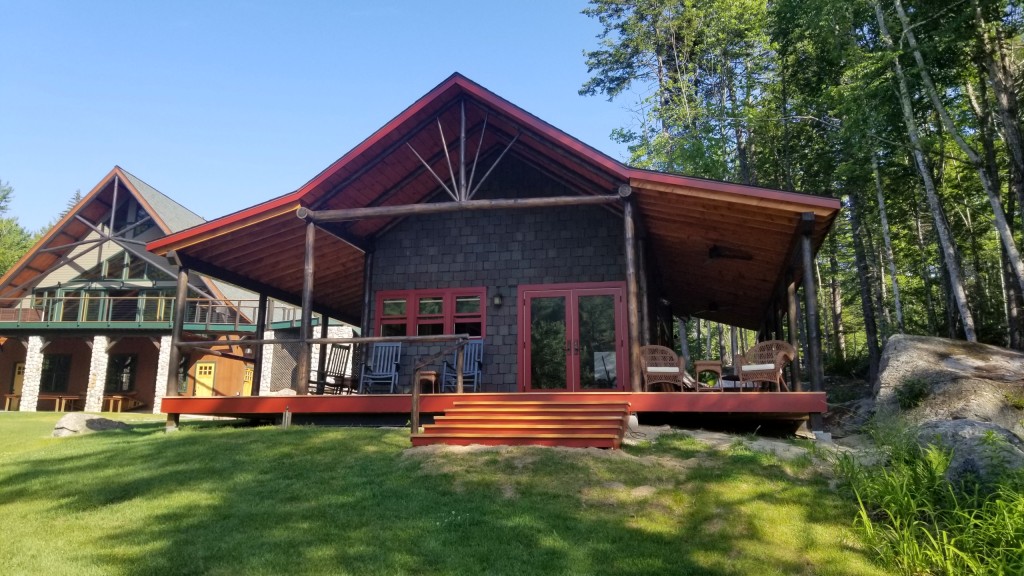 A replica of socialite Florence Brooks’ Shinbone Shack and “The Barn,” recently added as an event center. Photo by Marshall Hudson

When worldly, wealthy, socialite Florence Brooks arrived in an isolated area of Stoddard in 1918, the townspeople had something new to talk about. Brooks was an independent woman in her early 40s from New York City, and why she decided to visit the backwoods area of this small town was fodder for speculation and gossip. Brooks was an educated woman from a family whose wealth went back generations, and she had lived the privileged life of a young debutante, attending private schools in Connecticut, New York and Europe. She had traveled extensively and was accustomed to a life of luxury in New York City. Stoddard farmers eking out a living on rocky farms did not understand why Brooks would swap her city life of ease for the hardships of country living in this remote area.

Brooks fell in love with the picturesque setting of an old sawmill pond surrounded by mountains and isolation. Enthralled with the unspoiled beauty and solitude of this little valley, she decided to make it her own. She bought a two-acre plot at the site of the old sawmill and named it Woods Mill Manor. Neighbors watched with curiosity as the New York socialite prepared to build her manor. First, a small cottage would be built, a simple cabin in the woods, which would be her seasonal home while her dream manor was constructed.

Brooks had inherited much of her family’s fortune, enabling her to dream big, maintain a life of privilege, and be generously involved in philanthropic causes. Over her lifetime she donated several hundred thousand dollars to various charities. During World War I, she was active in the Red Cross and the lesser-known Blue Cross, which cared for horses and dogs that had served on the battlefields. Brooks not only shared her money with the causes she supported, but also donated her time and energy.

In 1919, Brooks met Arthur Aten, who would become her fourth husband. The rumor was that she agreed to marry him if he would build her the cabin on her new property. In a somewhat nontraditional marriage, Florence Brooks-Aten continued to travel between Europe and her home in New York doing charity work for the next couple of years, while Arthur Aten remained in Stoddard, living in a tent throughout the winter and building her cabin in the woods. In 1922, with the cabin completed, Aten suddenly left Stoddard. Scuttlebutt was that he had been handed a one-way ticket to Hawaii and sent packing by his wife when an affair with a neighboring woman was discovered.

Brooks-Aten’s newly constructed cabin in the woods was given the moniker “Shinbone Shack” when the bones of a moose were discovered during excavation at the cabin site. The shinbones were mortared into the fireplace hearth and served as an unusual conversation starter. Brooks-Aten was happy with her Shinbone Shack, but her ultimate plans were more extravagant. She dreamed of a large Adirondack-style “great camp” and retained Augustus Shepard, a noted architect of such camps, to design her an elegant lodge. The lodge would serve as a lavish retreat from the city where she could entertain her society friends and allow them to experience the beauty of nature, but in a luxuriously comfortable manner. 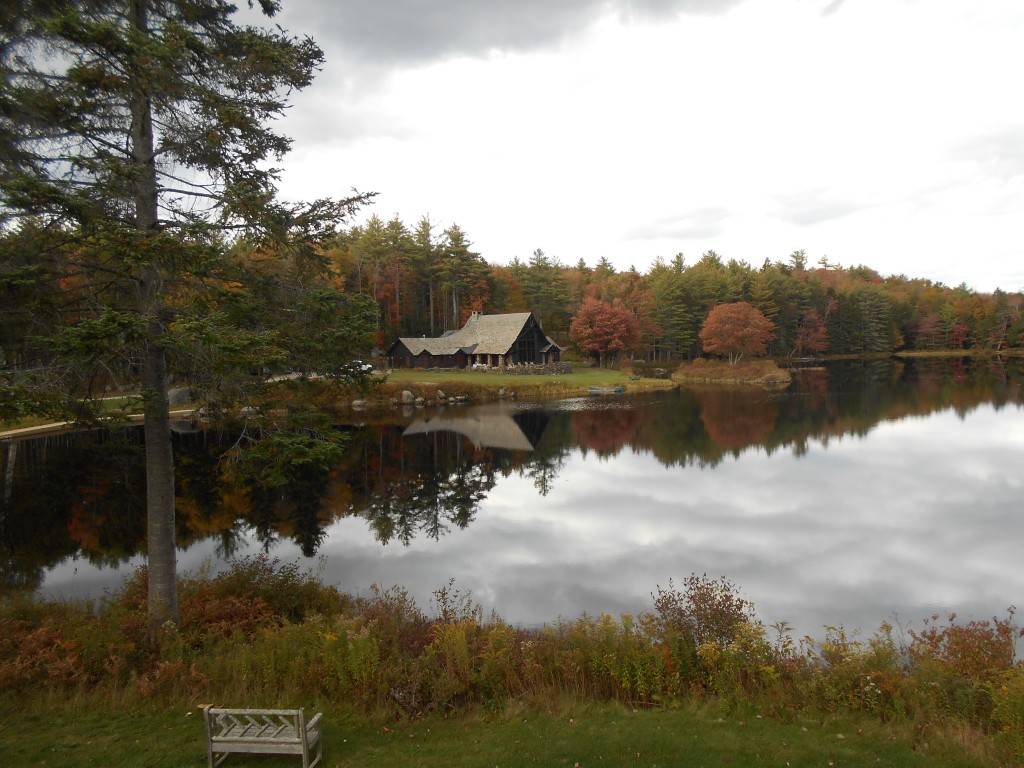 In addition to restoring the property, the current estate owners completed the Adirondack-style lodge Brooks had dreamed about. Photo by Marshall Hudson

Brooks-Aten began buying up parcels of land adjoining her Shinbone Shack. Word spread that she was anxious to increase her holdings and was paying outrageous prices for remote woodland. Over the next several years, she purchased some 1,200 acres from neighboring landowners willing to sell their unproductive land for top dollar. To access her new country estate, an expensive two-mile-long road was constructed into the valley using gravel hauled from miles away. An elegant stone arch bridge was built over Otter Brook, which crossed beneath her new road.

To take better advantage of her waterfront, the millpond was enlarged. The old sawmill dam was reconstructed, and a picturesque waterfall spillway added. The spillway was framed with two ornamental millstones, remnants from a 1700s gristmill that once stood on the site. To enhance the view from her lodge, stonemasons built a walled garden across the pond from her windows with high stonewalls, arched doorways, stone staircases and a corner turret. Exotic plants and Italian statues completed the garden. A stone powerhouse with an 8-foot-high waterwheel was built below the dam. The rotating waterwheel drove a generator inside the powerhouse that provided electricity to the lodge.

Sadly, Brooks-Aten’s fortune was fully invested in the stock market, and the 1929 crash suddenly left her with nothing. Her investments, savings and revenue streams were all gone, and her outstanding debts and obligations amounted to more than she could raise. Her dreams for the construction of her Woods Mill Manor collapsed with the stock market. Brooks-Aten had invested nearly half a million dollars into her estate, frequently overpaying for property, labor and materials. Those to whom she owed money demanded payment, and her property was tied up in the courts while creditors sued over her assets. In the end, everything was sold to pay down her debts. The Shinbone Shack, the unfinished grand lodge, and the surrounding acreage was valued at more than $200,000 but sold at auction for only $9,800 due to the depressed economy of the mid-1930s.

With her money gone and dreams shattered, Brooks-Aten’s health suffered. Her Shinbone Shack and New York City apartment were sold to pay off debts, so she moved into a small house in Swanzey, where she lived until her death in 1960. A newspaper clipping suggests she might have taken a job in a local mill for a small source of income.

The present owners of what was once Florence Brooks-Aten’s estate have restored much of her dream. Her unfinished Adirondack lodge with its unique pole roof trusses accenting the great hall is now completed. The stone arch bridge and stone powerhouse with waterwheel still function. The millpond dam decorated with millstones, and the high stonewalled garden have been restored to their picturesque beauty. Shinbone Shack was too deteriorated to be saved, but a replica was constructed capturing the style and spirit of the original building. Salvaged elements from the original building, including the brick hearth containing the depression of the shinbones, were reused in the replicated building. A modern bathroom was added as authenticity does have its limits, but I don’t think worldly, wealthy, independent, socialite Florence Brooks would mind indoor plumbing in her little cabin in the woods.