A soft touch with color and light 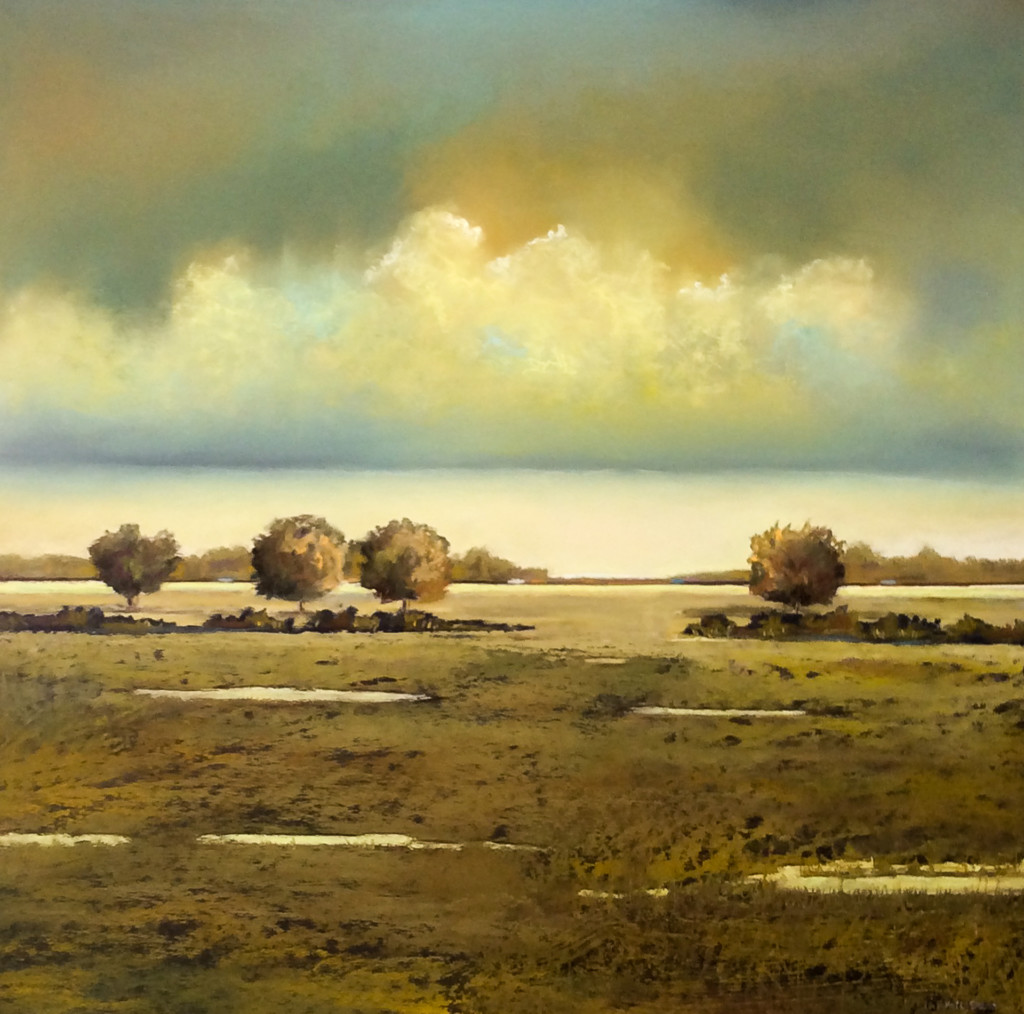 There’s nothing lovelier than a cloudy day in the early morning when viewed through the eyes of Roxane Chardon. Her pastels capture the soothing calm of a waterway, using light blues and contrasting shimmering pinks. With a sure hand and just enough detail, she suggests a glint of light on the water, or foretells the sun is about to break through the lingering clouds.

Chardon works seven days a week in her Hollis home studio to create medium-to-large landscape paintings up to 50 inches square. A few of her favorite works involve picturesque barns and rolling fields with a fantasia of clouds — an important piece in the composition. One of her favorite spots for inspiration is western New Hampshire, near the Connecticut River. She often uses photographs for reference saying, “They are just part of my arsenal along with thousands of pastels of every shade.”

“I kind of just fell into this world after retiring and a friend gave me a small box of pastels.” From there, she took a few workshops and classes while her passion bloomed. She’s only been painting for 10 years, but the discipline she learned from her first career as a software engineer prepared her well for this venture as a productive and successful artist.

Each year, Chardon travels to at least 20 fine art shows throughout the country in her minivan. She enjoys interacting with the buyers and adding a bit of background story to each piece. At Vero Beach and Winter Park, Florida, she has won awards of merit and awards of overall distinction — the latter judged from all the works that are shown in these highly competitive shows.

Locally, she exhibits at the Keene Art in the Park show from August 31-September 1, where she has won awards the last three years, taking first place in 2018.

“It is gratifying that people across the country like my work. I paint in a style I enjoy and it’s nice that other folks appreciate it too,” says Chardon. “Every morning when I walk into the studio, I am still excited to see what will happen with that first stroke of pastel on paper.”
What more can one ask of a job?