This coming March, I’ll have worked as editor of this magazine (or a precursor of it) for 30 years. So, 2023 will be an auspicious year for me, but even more so for the state celebrated in these pages: New Hampshire is turning 400. 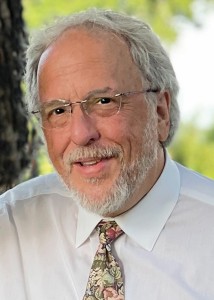 When I was just getting oriented to the study of the state, a wise journalist friend advised me, “If you want to understand New Hampshire, you have to understand Portsmouth.” He then recommended that I read a book titled, “They Came to Fish: A Brief Look at Portsmouth’s 350 years of History” by journalist Ray Brighton. To this day it’s advertised as “the only history of Portsmouth, N.H.”

I did buy a copy that I still have, and I read a few of the 800 dense pages, but eventually I decided to try to understand the state by just driving around and talking to people. Ironically, the region of the state that still most fascinates and eludes my understanding remains Portsmouth. It seems like the shape-shifter among our more serene towns and cities, never allowing itself to be pinned down.

There will be plenty of opportunities for everyone to try to “understand Portsmouth” in the coming months, as our Seacoast celebrates its own origin story rooted in the date 1623. And while my copy of “They Came to Fish” remains largely unread on my bookshelf, the title alone has been a reminder of something fundamental about the way the Granite State has distinguished itself and why our relations with the surrounding New England states are often frosty or combative. The implication is clear. While other state’s may have been all about escaping persecution or creating an American utopia, for settlers in the Granite State it was all about business.

I never really questioned this logic, but it seemed like a good time, 30 years after my employment as a kind of overseer to the state and 400 years after it’s birth, to have someone check on this presumption. To that end, I sought out one of my favorite local historians, J. Dennis Robinson. He’s author of more than a dozen history books and 3,000 published articles on history-related themes. He’s also one of dozens of people creating content and events for the upcoming year-long historic revelry being billed as Portsmouth400. I asked Robinson (who is a freelance contributor to New Hampshire Magazine, see page 28), for a summary and he provided the following:

New Hampshire was not founded for religious freedom, but then again, neither was Massachusetts. Both were largely driven by capitalism and real estate. But as Massachusetts began branding itself as “the Spirit of America” (see their license plates), N.H. branded itself as founded for fishing, lumbering, shipbuilding. (Our original state seal included a fish, a quiver of arrows and a tree.)  From about 1640 to 1740, Massachusetts tried to assimilate N.H. the way it had dominated Maine. Seacoast (Piscataqua) settlers resisted and eventually New Hampshire became a sort of royal “buffer zone” between Puritan Massachusetts Bay and the Puritan “Territory of Maine.” I guess you could say New Hampshire settlers wanted to “live free” in the sense that they didn’t want to pay taxes to Massachusetts’ Puritans or the King, for that matter, or to anyone. Whether they were willing to die for the privilege, I’m not so sure. The result was a compromise. Instead of a state income tax, we decided to lure money out of visiting tourists via liquor stores, speeding tickets, condo rentals, ski passes and room and meals taxes. That way we got revenge on the Puritans who taxed us and tried to take over the land that we stole from the indigenous people. Of course, half the population of N.H. seems to be ex-Mass outcasts like myself.

Such plain-spoken, nearly cynical self-evaluation may be all you need to prepare for our quatercentenary. Those who want more insight could tackle “They Came to Fish” or simply keep an eye on these pages as we’ll be featuring events planned for the celebrations and more of Robinson’s (and others’) writings on the topic in the coming months.