Rediscover Halloween at Costumes of Nashua

October’s big night could use some dressing up 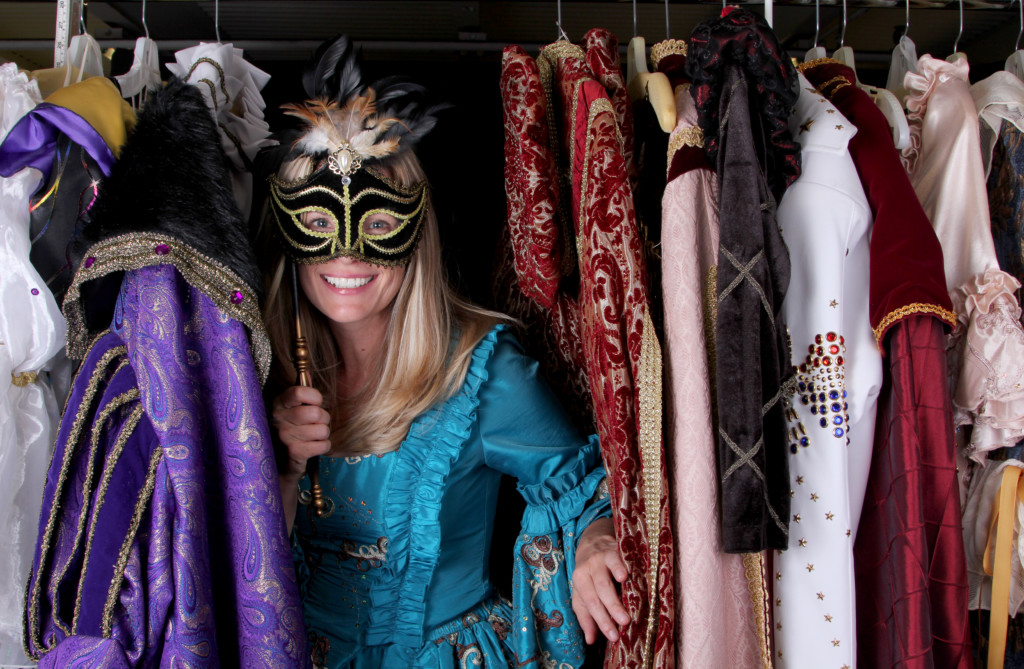 Jennifer Paquette makes an appearance at Costumes of Nashua.

Halloween is a curious phenomenon in America, blending frenzied sugar highs, youthful deviance, and elaborate and oftentimes hackneyed aesthetics. It is a surreal day where universes overlap. Anthropomorphic Easter bunnies, drag queens and LARPers are dressed for success and the bourgeoisie impersonate the bohemians.

For Costumes of Nashua, the day is simply a callback to their raison d’être. With a 15,000-square-foot labyrinth in the basement of the Route 102 Plaza, rowed with thousands of different costumes ready to mix and match, Costumes of Nashua deals with extravagance every day of the year. Company president David Oelerich notes that Halloween is still a mainstay of the community costume store, but with “Halloween Warehouse” pop-up shops invading every community as fall approaches, there aren’t many community costume shops left. Still, for the serious Halloween fan, a shop like Oelerich’s bring a level of thought and inventiveness to the process. There are stock outfits galore or you can let your imagination run wild. You can even get your pink Easter Bunny costume tricked out for a Halloween treat, if that’s what you’re into.

For Costumes of Nashua, the true spirit of Halloween can still be found haunting the catacombs of their wardrobe room, choosing between a steampunk Mr. Hyde outfit and a laid-back Big Bird suit.