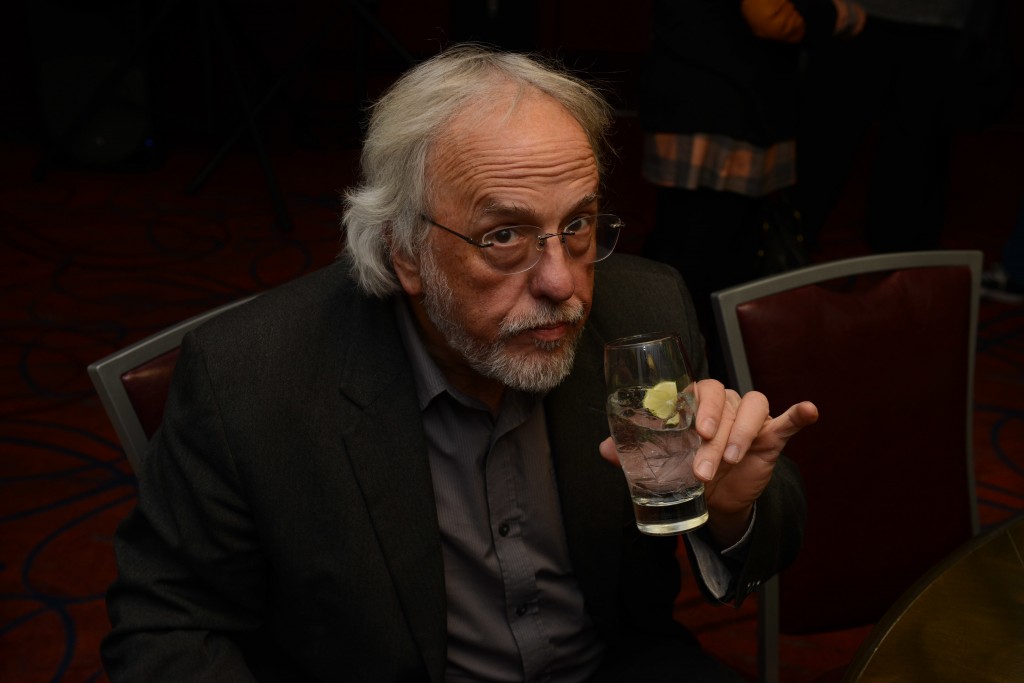 Along with being the beginning of “mud season,” March hopefully marks the end of the previous year’s unfinished business — a time filled with annual wrap-ups, Golden Globes, Oscars and Grammys, all looking back. (Add to this list a local night of artsy glamor, the NH Theatre Awards — we posted a couple of shots from the event on page 34.) In at least that sense, March is the true beginning of a new year unencumbered by the past, no matter what you were drunkenly singing when the ball dropped in Times Square.

With all the warm lushness of the season ahead to anticipate (including those two magical weeks when the air is mild and the black flies haven’t yet arrived), mud season should be a herald of joy, but the harshness and confinement of winter fade slowly from memory, and mud makes a lousy herald of anything, I suppose.

Still, mud season is really the time when things start to clear up. Apply this to the human world, and it’s pleasant to think that the mucky mess we observe on the 24-hour news channels is just the result of a big thaw that will soon bloom into bright green trails to explore beneath a warm American sun.

As a dog walker, I can tell you that navigating mud season, even on paved backroads, can be lonely business, but that makes its spectacles more precious. Strolling with a creature whose ancestors ran wild for a million years tends to open your senses to hidden things. For the dog, it’s the rush of smells and other clues, long embedded in slush, that hold the most fascination.

For me, it’s the energy of long-shackled nature reemerging. The swell of ice-dammed streams and ponds overflowing into their ancient channels is something you both see and feel as you explore.

While our political system seems to have frozen into a caricature of itself, we can only hope that young explorers, out to make a better world, will sense a similar power as new energy rises to sweep away the dregs of the past. But even seasonal dregs have staying power. Especially here in northern climes where the seasons can play tricks on you.

In his poem “Two Tramps in Mud Time” our poet laureate Robert Frost wrote of chopping wood in mud season and how, even in the warmth of May …But if you so much as dare to speak,

A cloud comes over the sunlit arch,
A wind comes off a frozen peak,
And you’re two months back in the
middle of March.

Other New Hampshire poets have found associative power in mud. E.E. Cummings, who kept a summer home in Madison, coined the word “mud-luscious” for his famous, birth-of-spring poem “[in Just-].” Poet Donald Hall used mud as a metaphor in his poem “Affirmation” that he penned at the turn of the century, short years after the unexpected loss of his wife and fellow poet Jane Kenyon, and more than a decade before his own long-anticipated death. His thoughts turned not to the new beginnings that mud foretells, but to the ever-grinding cycles of life that produce it. “To grow old is to lose everything,” he begins, following with a list of common misfortunes that imbue even the sweetest of lives. He ends with this challenge:

Let us stifle under mud at the pond’s edge
and affirm that it is fitting
and delicious to lose everything.

Conservationist Mary Lyn Ray of South Danbury was a friend of Hall’s who writes prize-winning children’s books with a poetic flair. She ends her brightly illustrated “Mud” with these hopeful words of spring: “Hills will remember their colors. Winter will squish, squck, sop, splat, slurp, melt in mud.”