New Hampshire residents have long cherished the ideal of “rugged individualism.” We’re not antisocial. We’re self-reliant. We can get things done, on our own if necessary. It’s a trait that has come in handy for local contestants in adventure reality shows, who have succeeded on their wits and their tenacity. Like this “Wicked Tuna” favorite. 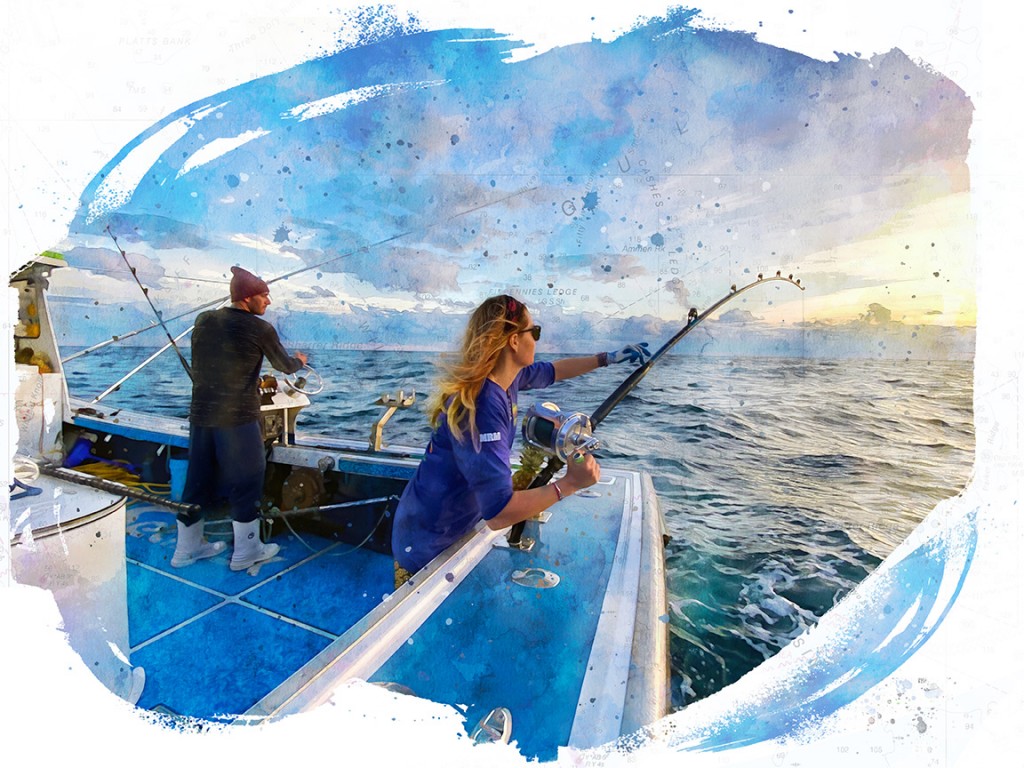 In a show filled with grizzled New England fishermen, Tyler McLaughlin is the baby-faced assassin of “Wicked Tuna.” Debuting on the show’s second season a decade ago, at the tender age of 23, McLaughlin quickly established himself as a force to be reckoned with.

But McLaughlin has always welcomed the challenge, because he’s supremely confident in his own abilities. Much of that had to do with the fact that he wasn’t a newcomer to the cut-throat world of competitive tuna fishing.

“I grew up fishing with my father, so I was seasoned well beyond my age,” says the 33-year-old Portsmouth resident. “By the time I got on the show, I had already won every tuna tournament up in Maine, invitational tournaments, 40-boat formats. I’ve won those multiple times. So I really had a good handle on the fishery. Everyone knew who I was.”

“My first year on the show, I wound up beating all the boats and winning it,” he says. “Over the years, I’ve had more second-place finishes than any other boat on the show, and I’ve managed to win three times.”

Between the two shows, McLaughlin has filmed 17 seasons. His latest victory, on “Wicked Tuna: Outer Banks,” had an unmistakable “full circle” feel to it.

“I caught my first bluefin when I was in second grade, with my dad in North Carolina,” says McLaughlin. “That’s pretty ironic, because the show we’ve been filming for seven years down in the Carolinas has been all about tuna fishing. So I went back down where it all started.”

He actually started at the tender age of 3, with his father Marty, owner of McLaughlin Transportation Systems, a moving and storage business based in Nashua. Through his school years, he played traditional ball-and-stick sports, from soccer to tennis to golf, but weekends were often reserved for fishing. 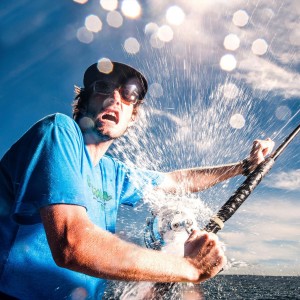 “My dad works crazy hours. He’d be leaving before we even go out for the school bus. Weekends would be with our dad, and Dad would want to go on the boat. So my sister and I were lifejacketed up at a young age. That was what we did. There were no video game options,” says McLaughlin.

“Dad would be all fired up to get us out there,” he adds. “And when you’re going out on the boat, it’s a full-day commitment. There’s no crying or having a bad day. You’re committed because you’re going offshore four miles tuna fishing. My dad wanted to get tuna fish more than anything. No matter how many tantrums my sister and I threw, we were out there, trying to catch tuna.”

Fortunately, McLaughlin and his younger sister Marissa shared their father’s passion, most of the time. The apprenticeship soon became an avocation, and then a vocation. McLaughlin continues to work for the family business, but also launched PinWheel Tuna Fishing Charters out of Rye Harbor.

“I’ve definitely found a way. I’ve wanted to be a commercial fisherman my whole life,” he says, acknowledging his attitude caught some “Wicked Tuna” rivals off guard. “When you’re young and trying to break into an industry, put your stamp on it and try to make it your own, people are going to try to push you out. So I came in with a little bit of a mouth on me.”

Which, of course, makes for great television. It also highlights the difference between talent-based reality shows, such as “American Idol” or “The Voice,” and adventure-based reality shows that build on the same cast season after season.

“We’re competition and a story,” says McLaughlin. “It’s not a one-year-and-done thing. People have literally watched me grow up for the last 10 years that I’ve been a part of this.”

As a result of his results on the open waters of the Atlantic Ocean, McLaughlin feels right at home among “the best of the best.” And while “Wicked Tuna” is generally focused on the Cape Ann fishing community of Gloucester, Massachusetts, McLaughlin flies the Granite State banner with an unmistakable sense of satisfaction. He fishes out of Rye Harbor and Portsmouth, and has an affinity for Gosport Harbor on the Isles of Shoals.

“I’ve used the Isles of Shoals as refuge during plenty of storms. We get these big northeast winds in the fall, and if it’s going to blow for 10 hours, it saves you the extra six miles of going all the way in. You’re right there, so when the wind breaks you’re the first one to the grounds and you can get your spot,” says McLaughlin. “Some of the best times in my life have been just hanging out in Gosport Harbor. Whether it’s with my dad after his kidney surgery or as a kid in my little Boston Whaler, there’s always been something about the Isles of Shoals that has always been a special place for me,” he says.

“When I’m traveling around, I’ve got Rye, New Hampshire, on the back of my boat and I’m proud of that,” he says. “I’m proud to be fishing all up and down the East Coast, representing New Hampshire. I’ve got some haters out there, for sure, but that’s the way it’s going to go. It’s a competition.”

McLaughlin’s loyalty is buoyed by his mate aboard the PinWheel, his 31-year-old sister, Marissa.

“When you’re on the filming schedule, I don’t think there’s anything more intense,” he says. “It’s not just like a weekend tournament. It’s a long film shoot, and it’s a lot of days on the water, trying to outlast the other crews.

“Some of those boats have three and four guys, and it’s just me and my sister,” says McLaughlin. “That says a lot about her. There aren’t many women in the fisheries. And I’m just so proud of her.”

As the young buck on “Wicked Tuna,” McLaughlin also knows he’s a role model for a younger generation of fishermen. And he takes that responsibility to heart.

“When I’ve been out there, over the past decade or so, I’ve been able to have 60- and 70-fish seasons,” he says. “So when I have people razzing me down at the pier, I look at them and say, ‘How many 50-fish seasons have you had? I’ve put them across the dock. I’ve done it.’

McLaughlin says his calling has always been New Hampshire’s waters. “That’s where I grew up as a 12-year-old kid, fishing the coast for bass, and becoming really good,” he says. “By the time I was 14, I already had over 30 bass that were over 50 pounds. Some people bass fish their whole life and never get a 50-pounder. I was mastering the craft, and I learned all of that just fishing out of Rye. When you do the same thing over and over, you get perspective, you gain sea time. You get salt.”