New Hampshire residents have long cherished the ideal of “rugged individualism.” We’re not antisocial. We’re self-reliant. We can get things done, on our own if necessary. It’s a trait that has come in handy for local contestants in adventure reality shows, who have succeeded on their wits and their tenacity. Like this “Naked and Afraid” favorite. 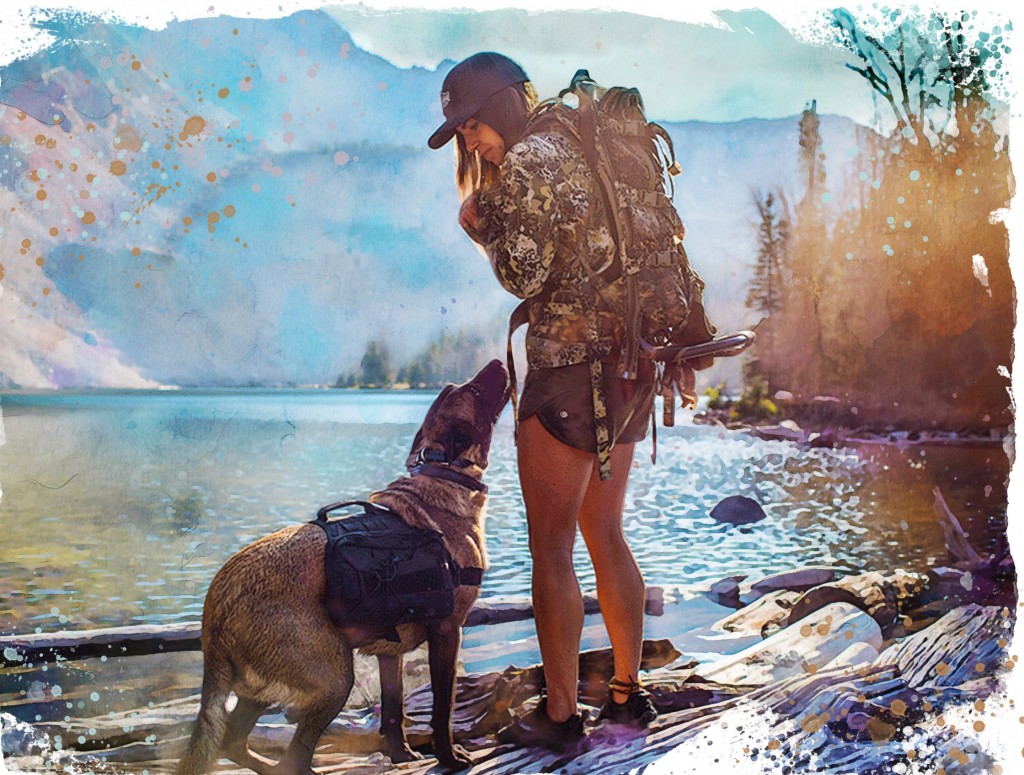 When wanderlust gets ahold of you to the extent of “Naked and Afraid” star Laura Zerra’s happy affliction, the idea of “home” might seem counterintuitive. Zerra is a self-proclaimed nomad, and she walks the talk.

If she’s not traveling, something is amiss. Yet there are two places she does call home — her current abode in Missoula, Montana, and New Hampshire.

“I feel like Montana and New Hampshire are very similar,” says the 35-year-old Zerra. “Montana is my western state, and New Hampshire is my East Coast state. And it seems like I’m always just passing between the two of them.”

People often ask her where she’s from, and the answer isn’t a typical one. “So many of my friends are spread out all over the world,” she says. “I call myself a people collector. Even though I travel and don’t see them every day, they’re like my family. And the concentration of those people is higher in New Hampshire than anywhere else. I feel like it’s home, even though life is taking me elsewhere.” 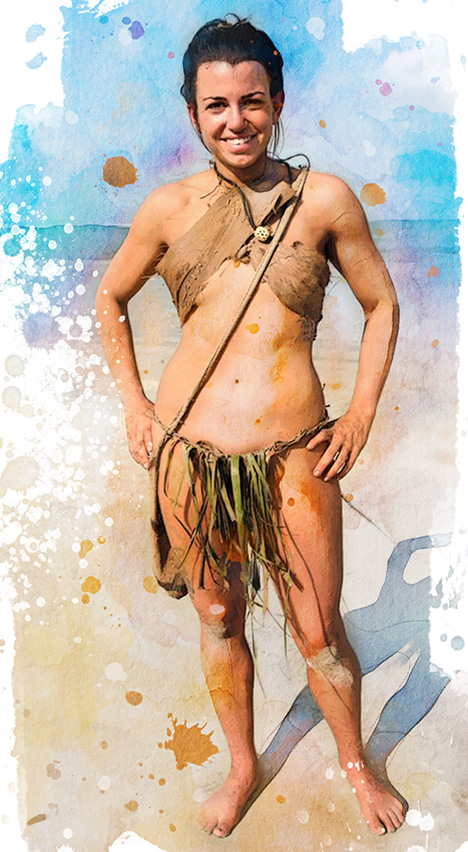 More than a decade ago, Zerra, a free spirit originally from western Massachusetts, was hitchhiking through the Granite State when something almost inexplicable struck a chord with her.

“It was a combination of the land and the people. I just resonated so much with the people I met,” she says. “They were doers, not just talkers. The caliber of people, people who did what they said they were going to do, people who love doing things outside in wild places. There’s a quality of the people that is just authentic. There’s a drive and a motivation, and I just really connected with it.”

In 2010, Zerra went to work as a farrier with Slim Sharp at Sharp Shoeing in Belmont, and worked nights processing wild game at the Baker River Deer Farm in Wentworth. Those jobs followed stints at Great Hollow Wilderness School in Connecticut sharing primitive survival skills, an internship with the Buffalo Field Campaign in West Yellowstone, Montana, and teaching at Roots School in Vermont, with a train-hopping romp through Mexico “studying jungle survival” tacked on for good measure.

After moving to Colorado in 2011 for “a half-minute,” Zerra followed her heart back to New Hampshire, spending much of her time in the White Mountains and the Lakes Region. She stayed either in Belmont or at a friend’s log cabin “out in the middle of nowhere” on the outskirts of Groton. It was at that cabin that recruiters from the Discovery Channel tracked her down.

“All my friend has is a landline — he’s never had a cell phone in his life — and they wound up calling his landline. I still don’t know how they got his number,” she says. But that’s where they found her to pitch “Naked and Afraid.”

“It was the first season of the show, and they were calling around looking for a girl survival expert. We’re kind of few and far between,” Zerra says, laughing. “My name kept coming up when they were calling different survival schools, and they some-how hunted me down.”

The Discovery folks gave Zerra a quick rundown of the show, which features a pair of contestants — male and female — in “some of the most extreme environments on Earth,” according to the channel’s website. Each duo “is left with no food, no water, no clothes, and only one survival item each as they attempt to survive on their own,” says Discovery. That was all Zerra needed to hear.

Adventure is a recurring theme in Zerra’s life. She has done four seasons of “Naked and Afraid,” in remote locations ranging from Panama and the Peruvian Amazon to Colombia and the Philippines. And there’s the single season of “Frozen and Afraid” in Alaska “where they drop me off in waist-deep snow on a mountaintop.” She teamed with Andrew Ucles for the documentary “North America: The Wild Meets the Weird” before traveling Down Under to learn about Australian wildlife.

“The fact that ‘Naked and Afraid’ is a show is my least favorite part,” says Zerra. “I wouldn’t say I’m shy. By nature I’m an extrovert. But I’m very much concerned about being that person who gets obsessed with image and ego.”

Becoming a personality or influencer wasn’t the goal, she says, “It was the fact that they were going to take me to this place that I’ve never been to, and I was going to have this adventure that I couldn’t create for myself. That’s what I’m addicted to.”

Asked if her time in New Hampshire prepared her for the rigors of the show, she replies without hesitation. “Oh, absolutely,” she says.

“It’s the mindset, because for me, survival is 90% mental attitude,” says Zerra. “The whole spirit of New Hampshire, and that attitude of going out and completing something, there’s a positivity, a hardiness, and a quiet strength.”

A perfect example is the typical New Hampshire winter, where storms can leave residents without power for days, or deposit thick blankets of snow that need to be shoveled out. That’s when the state’s “can do” attitude kicks in, Zerra says.

“There’s no complaining, there’s no entitlement,” she says. “It’s life. We’ve done it. It was the mental attitude that drew me there in the first place. I was fairly young when I first moved there, and it really made me who I am. The spirit of New Hampshire is something that was really instilled in me, and it’s something that I still carry with me,” she adds. “It really had a huge effect, especially on my willingness to jump into something unfamiliar. I knew that I could complete [“Naked and Afraid”], and I wasn’t scared to try it.”

The key, she says, is “embracing” hardships. Again, Zerra credits New Hampshire with sharpening not only the survival skills that made her a force on “Naked and Afraid” but also with developing a bulletproof outlook.

Ice fishing, she says, is a great example. “These people are stoked to go and sit in a freezing little ice hut. They’re not going to just be in the house, with the heat on 80 and pretending winter isn’t happening. They’re actually going out.”

It’s those people, she says, that she misses most when her wanderlust takes her far and away.

“The kind of people that New Hampshire draws in, those are my kind of people,” says Zerra. “That culture. People have your back in a way that’s real. It’s that authenticity. They’re so solid, and I know that will never change.

New Hampshire, she says, will always feel like home. “Even though I’m not there all the time, it’s a place that I carry with me, and I feel like my time there made me who I am. It’s a place near and dear to my heart, and always will be.”