New Hampshire residents have long cherished the ideal of “rugged individualism.” We’re not antisocial. We’re self-reliant. We can get things done, on our own if necessary. It’s a trait that has come in handy for local contestants in adventure reality shows, who have succeeded on their wits and their tenacity. Like this “Survivor” favorite. 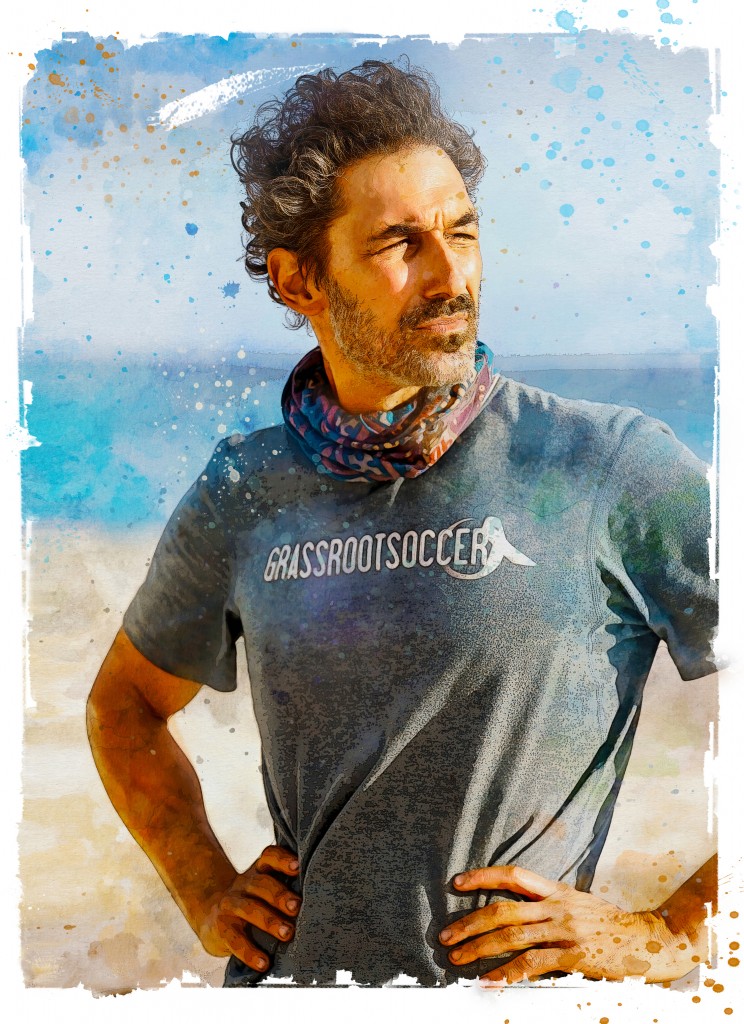 Asked how he would describe himself these days, 2002 “Survivor” champion Ethan Zohn of Hillsboro lets out a hearty laugh: “Jewish wilderness icon. How’s that?” The answer reveals many things about Zohn — his confidence, his love of the outdoors, and his finely tuned self-deprecating sense of humor.

In reality, this 47-year-old native of Massachusetts defies simple portrayals. Zohn has a long list of occupations, including social entrepreneur, humanitarian and advocate, author, speaker, athlete and media personality. But perhaps the one most responsible for Zohn being a New Hampshire resident is this one — two-time cancer survivor.

After winning “Survivor: Africa” in 2001 (which aired in 2002) and competing in “Survivor All-Star” in 2004, Zohn participated in several additional reality shows, including “The Amazing Race” and “Fear Factor.” Last year, he reprised his debut role in “Survivor: Winners at War.”

“Back in the day, there weren’t that many reality shows. So, if you did really well, they just put you on another show,” he says. “They recruited you for everything else. I’m proud of some of them, and I’m not so proud of a lot of them. I just said ‘yes’ to everything.”

“I was diagnosed for the first time in 2009, and had my first stem cell transplant, which worked for about 20 months,” says Zohn. “In 2011, just after I got home from playing in “The Amazing Race,” I relapsed, and had a second stem cell transplant, using my brother, Lee. That was in 2012. I’m nine years in remission.”

Part of the recovery, he says, was leaving his home in New York City, where he had met his wife, Lisa.

“The whole reason we moved to New Hampshire is for my health. I lived through cancer in New York City, which obviously has some of the best hospitals in the world, but it’s also the most disgusting place for a cancer survivor,” says Zohn.

“I was actually living an isolated lifestyle, like we’re doing here, but I was in New York, post-transplant,” he says. “I was in isolation for 400 days. I had a compromised immune system for years, so I wore the mask, the gloves, no public transportation. I’m used to that. That’s my life.”

Those hardships continued to fuel Zohn’s altruistic initiatives. A former professional soccer goalkeeper who played in southern Africa — “In Zimbabwe I got the nickname ‘Zo,’ which means ‘slow white elephant,’” he says, chuckling — Zohn took a portion of his winnings from 2002’s “Survivor: Africa” and, with several teammates, founded Grassroots Soccer, a global program headquartered in Hanover.

“It’s an adolescent health organization that uses the power soccer to educate and inspire and mobilize young people to overcome their greatest health challenges,” he says. “We’re in 60 countries, and we’ve graduated 13 million kids from the program. That’s my life’s work right there.” 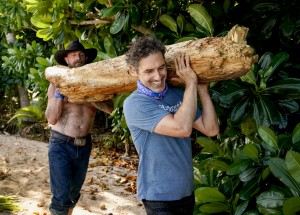 “Greatest of the Greats” – Ben Driebergen and Ethan Zohn

In the same vein, Zohn doesn’t shy away from sharing the lessons gleaned during his cancer diagnosis and treatment, the trauma of an arduous recovery, and the perseverance required to deal with both.

“I’m very vocal about it. I truly believe the details of my story can help others out there, and I chose to make my battle public on purpose because I was in a position where people are paying attention to me,” says Zohn. “I wanted to use my crisis to help others out there. That’s my whole life ethos — service over self, and to make happiness real for others.”

Clearly, Zohn and his wife and their two cats, Lucy and Griffin, have found happiness at their “quintessential Scandinavian lakehouse” in Hillsboro. He continues his work with Grassroots Soccer, and has served as an assistant soccer coach with Hillsboro Junior High and the Black Rock Football Club at High Mowing School in Wilton. The couple have invested in a local farm named Mickle’s Pickles, and enjoy mingling with residents at Tooky Mills Pub & Restaurant and Mediterrano Turkish & Mediterranean Restaurant.

“There were a lot of reasons pulling us to this area,” Zohn says. “We looked at other spots, in New York and in Massachusetts, and we just settled on this little spot in New Hampshire on Loon Pond. We just couldn’t say no,” he says. “It was a total fixer-upper, a camp house that we converted into a four-season house. My wife is an interior designer, and she just fell in love with the bones of this place that was built in 1925.”

In addition to working his own property, growing vegetables, picking wild blueberries and splitting wood, Zohn and his wife have quick access to several favorite nature preserves close by.

“We’re right near Fox State Forest,” says Zohn. “We have a path that leads to hundreds of miles of trails, so we just love exploring in Fox State Forest. We’re walking or hiking through there all the time. And there’s a little swimming hole that we like here, Beard Brook. It’s a total local thing,” he says.

“It’s got a little waterfall, and at the end of the waterfall are these little pools. Just yesterday, they were stocking it with rainbow trout. I found the Fish and Game guy, and he’s throwing in 1,200 rainbow trout.”

All of which can make New York City, and his previous life, seem miles away.

“I don’t see myself as a celebrity,” he says. “However, living in New York City for a long time, being in the public eye, it was absolutely freaking awesome. But it was a little bit invasive at times, especially when I was sick with cancer. There were people outside of my house trying to get that one picture of me with my walker. That gave me a bad taste. I was never more famous than when I was sick. That’s the state of where we are in this world.”

In New Hampshire, he says, no one knows who he is. “I can wear pajamas to the market, it doesn’t matter. Being able to pave our own path forward was really appealing to us. Our first outing at Tooky Mills Pub, just chatting with some locals, and someone said, ‘Your teeth are too perfect to be from New Hampshire.’ And we thought, ‘All right, we’re in the right place.’”